Games Review: Astroneer lets you science the sh*t out of this, together

Astroneer has a lot in common with No Man’s Sky. It has a lot of the same ideas, the same goals, but its ambition is much smaller. This is in no way a bad thing.

There’s less flying around the galaxy looking for planets and more spending time on planets, mining deep into their crust for valuable minerals and materials for crafting. Your slow movement across each planet is marked by the blue line of oxygen tethers you’ve placed, often becoming a bread crumb trail that leads you home.

It deals in the same soothing, meditative vibe of NMS, finding pleasure in a simple loop — you mine resources to help create new equipment that will in turn allow you to mine more valuable resources. There aren’t any wandering creatures, every planet we visited during this review was devoid of ambulatory life, but there were still aggressive plants happy to poison or punch us if we got too close. In every other case, death is entirely self-inflicted. — falling into a giant chasm opened by your greedy digging, or simple suffocation. It’s always a surprise. There are no creeps to ruin your day, no storm tear through your base to leave you holding the remains of it together like you’re in The Martian. 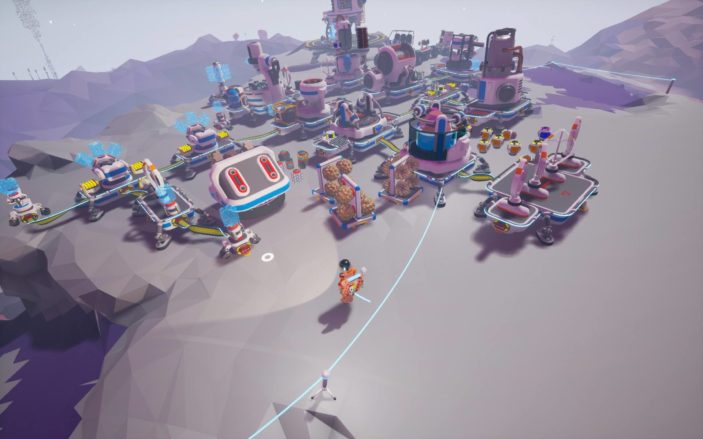 It’s this lack of conflict that helps the game along, in many ways. Curiosity is both your greatest ally and most dangerous enemy. The punishment for death is losing any resources that were in your personal inventory at the time. If you can return to your body to recover them — often a long walk — but beyond this, there are no lasting ramifications. In a world of rogue-likes that make death a rap on the knuckles, having a game pick you up, dust you off and send you on your way no strings attached is kind of nice.

Eventually, what began as a tiny base, a small refuge in a sometimes uncertain environment, becomes a sprawling home full of the machines and devices required for rapid shuttle construction. Your vessel constructed, you depart for a new world and the process begins anew.

Its possible to play Astroneer solo but it can, like explorer/builders from Minecraft onward, it can be a very lonely experience. This is why the game’s vaunted co-operative multiplayer is a significant draw. In Early Access, Astroneer allowed up to four players in any one game but with the launch of v1.0, System Era Softworks indicates they aim to have as many as 10 players on a single server. 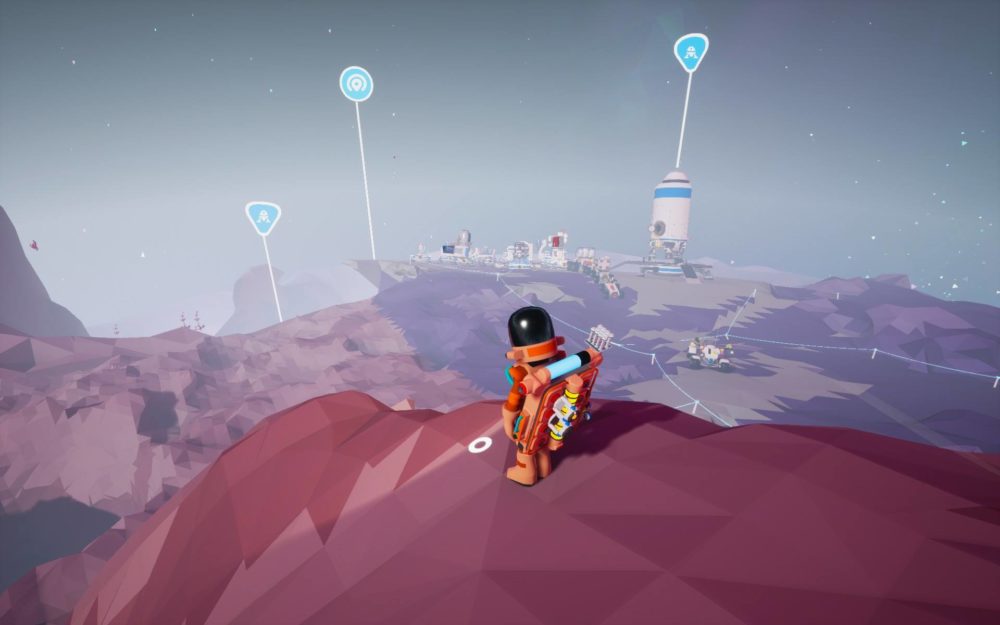 The degree to which co-operative play accelerates the overall pace of the game is startling. Tasks that would have to be carried out one-by-one on your own can be parceled out to each player. The rate at which you can acquire resources skyrockets. Charting each world is far easier when four people can strike out in different directions. Exploring vast cave networks together, reveling in the discoveries and working to save that one friend who always winds up way off track and out of oxygen is thrilling.

Where the co-operative mode suffers is in performance. During our review playthrough, we found that the person hosting the game seemed to suffer the most significant issues — slowdown, freezes, occasional crashes. The more players we added to the game, the more pronounced these issues became. We also discovered that closing loops or circuits with our oxygen tethers worsened these problems considerably, some unseen calculation bringing the host machine to its knees.

These issues are both to be expected at launch and will likely be addressed by System Era in due course. They also weren’t enough to stop us from running co-op as our primary mode of play. The rewards for working together simply outweighed any technical issues doing so may have created.

Astroneer has some rough edges but the core of its design is so pleasant and so soothing that they are very nearly cancelled out. It is complex in the right ways, simple in others, and always, always better with friends. If you’re looking for something to wind down with after work, Astroneer might be the game you’ve been looking for.

Review conducted on Windows PC using a pre-release build provided by the publisher.