Fire Emblem Warriors: Three Hopes Review: Victorious on and off the battlefield 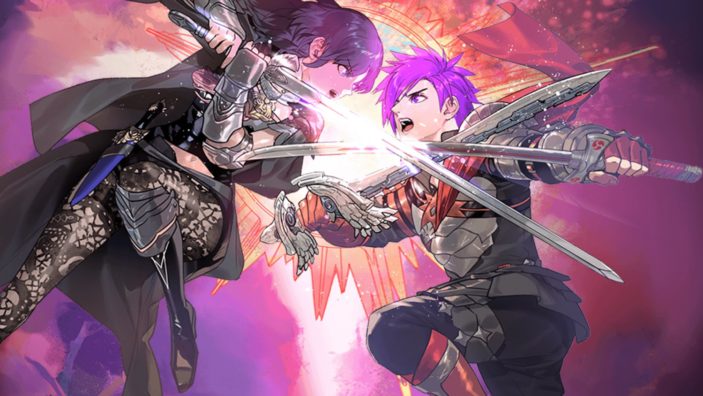 I’ve always admired musou style games for their sheer intensity. Repeatedly hacking and slashing waves of villains never seems to get old, from the Dynasty Warriors franchise, to the more recent Hyrule Warriors: Age of Calamity. As a result, the Fire Emblem franchise has decided to try its hand at the genre for the second time, providing fans with a sequel to the well-received Fire Emblem Warriors. Fire Emblem Warriors: Three Hopes does its best to swerve the genre into added layers of strategy and planning, while providing the same chaotic gameplay the genre is known for, making for a solid, yet safe hack-and-slash romp.

A Tale of Three Houses

Fire Emblem Warriors: Three Hopes serves as a sequel to Fire Emblem Warriors in which you play as Shez, a mercenary who joins one of the three houses to exact revenge on arch-nemesis Byleth who defeats you early on. Funnily enough, Fire Emblem Warriors: Three Hopes also serves as an alternate version of Fire Emblem: Three Houses where you play as Byleth. After an admittedly lengthy prologue, you’ll choose to join one of the main three houses to begin your journey. Choosing between Dimitri and the Holy Kingdom of Faerghus, Edelgard and the Adrestian Empire or Claude and the Leicester Alliance is simple enough at first, but will most likely determine how the experience unfold in terms of gameplay.

Along for the ride is Arval, a mysterious spirit who is bound to Shez, helping them on their path. Arval is responsible for most of questions behind the narrative, which make for some memorable moments towards the end of the game, even if most of the journey sees you punishing various waves of soldiers. Thanks to fully-voiced cutscenes and multiple-choice conversations, the narrative rolls along nicely and is easy enough to latch onto for newer fans of the franchise. Given this entry stands as an alternate take on Fire Emblem: Three Houses, I imagine fans of that game will benefit more from the narrative given the slight differences between the two games. 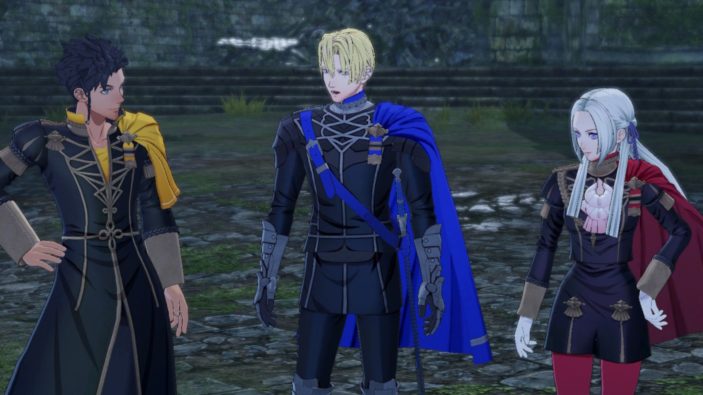 A Hacking and Slashing We Will Go

In terms of gameplay, Fire Emblem Warriors: Three Hopes provides pretty much everything you would expect from a musou-style game. You’ll progress through a battlefield, capturing areas and points of interest by defeating enemies within that area. You’ll have access to a range of light and heavy attacks, along with devastating special abilities to help clear out your surroundings. The numerous enemies on screen also create a constant flow of action and chaos, in which the combat mechanics hold up consistently. Throughout each mission, you’ll also work with your house’s team mates and direct them to certain objectives while you head elsewhere. It’s this added layer of strategy and pause that gives Fire Emblem Warriors: Three Hopes the edge over recent musou-style games, considering each bout through the battlefield is one of careful implementation. Even if hacking and slashing will get you out of most trouble, commanding troops and squads about each objective only adds to the equation and makes your time out there easier.

Between missions, you’ll head back to a central camp where you can converse with your team mates and choose your next mission. You can also upgrade the camp for greater rewards, buy weapons, train to level up Shez and even cook a meal. Once you choose a house, you’ll also inherit a squad full of unique personalities and combat traits. As much as you’ll need to level up Shez, you’re also encouraged to meet up with team mates and increase your friendship level and as a result, their effectiveness on the battlefield. The interactions play out more like a quiz of sorts, where you’ll be tested on character knowledge more than anything else. Thankfully enough, they’re not too overbearing and add another unique layer of progression that draws you away from the constant combat for something a little more relaxing. However, I’d be lying if I thought the dialogue wasn’t a little cheesy at times. 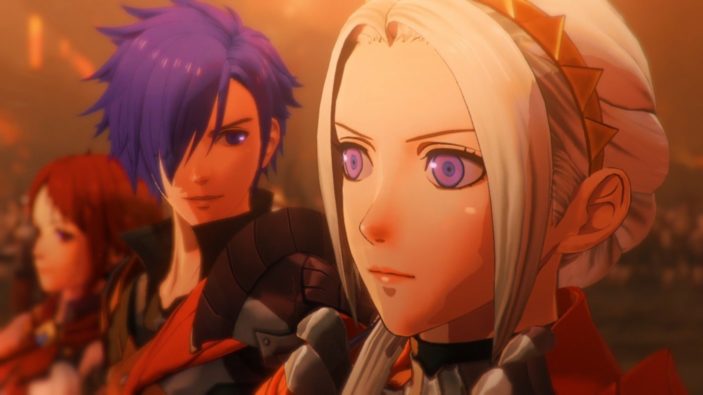 For a musou-style game, it’s at this point that Fire Emblem Warriors: Three Hopes shows it’s true hand. It’s definitely set on you tackling countless waves of enemies, but rarely forgets its JRPG roots which have often infused character relationships, upgrades and diverse systems. It can sometimes weigh the experience down through the constant need to track back and forth through various menus, but ultimately succeeds at adding a new layer of depth to both the musou genre and the Fire Emblem Warriors franchise as a whole.

Fire Emblem Warriors: Three Hopes runs relatively well, although we’d highly recommend playing on an extended-life or OLED Nintendo Switch models for the most consistent experience. The experience is smooth in terms of frame rate, but does drop when the action gets a little too busy. This is only by a few frames, but definitely worth mentioning as performance feels rather similar in both handheld and docked modes.

That being said, it does perform much better than the recent Hyrule Warriors: Age of Calamity, which many are understandably comparing this to. Thankfully, all other aspects seem to hold up on the visual front. Texture pop-ins are infrequent, even if the game rarely throws anything too flashy at you when it comes to gameplay environments. 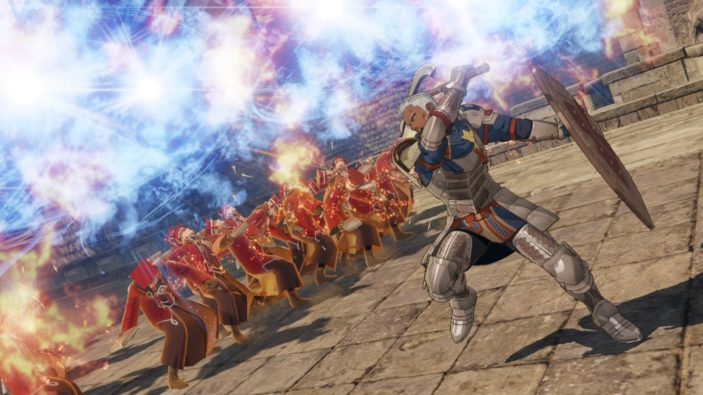 Overall, Fire Emblem Warriors: Three Hopes is a win for fans of the musou genre and the Fire Emblem franchise alike. Combat is satisfying and diverse, while various side-quests and character relationships add a considerable layer of depth to the game’s structure. The narrative provides a few neat twists and turns and the voice acted cutscenes are a nice addition. Beyond this, I’m not too sure how many new fans this particular entry will draw in, as it’s not only a sequel to a Fire Emblem Warriors game, but an alternate take on Fire Emblem: Three Houses, which might feel a little confusing for newer fans, should they want to dive in at this point. Shaky performance aside, Fire Emblem Warriors: Three Hopes ultimately holds up on most fronts and will please most returning fans of the franchise. See you out on the battlefield.