Dirt Rally 2.0 Review: The Very Top of the Podium

As a major racing fan, it’s no secret that developer Codemasters is quickly becoming the king of racing games, nearly perfecting the Formula 1 racing series. Dirt Rally 2.0 is absolutely no exception, proving to be not only one of the best rally games from Codemasters, but one of the best rally games of all time. Dirt Rally 2.0 takes all that has come before it and cranks the dial up to eleven, packing in more variety, tighter controls and painstaking detail. The steep learning curve may scare off casual fans, but it’s all in service of creating a rally fan’s dream simulator.

The first thing you’ll notice about Dirt Rally 2.0 is just how good it looks. Chalk it up to a marriage of detailed car models ranging from the small and compact Golf GTI to the solid yet angular Ford Mustang. The attention to detail within the cabin is also well above average, with every vent, groove and dash surface accounted for. Dirt Rally 2.0 also sounds fantastic, producing all the loud grunts, pops and screeches you would be accustomed to while careening about. The other half of the aesthetic appeal comes thanks to the varied tracks and conditions. These are some of the best looking tracks in the Dirt Rally series, spanning six countries from the curvy mountains of Argentina to the jump infested hills of Australia. 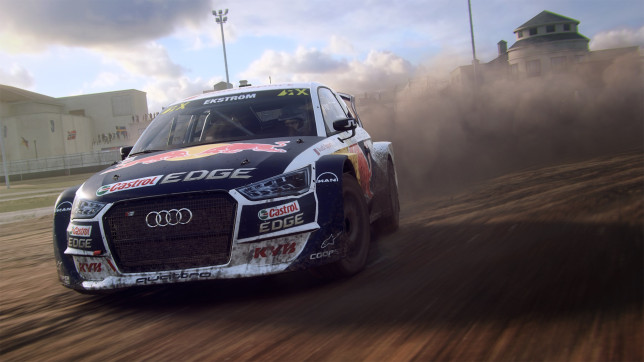 While each locale is differentiated with a distinct colour palette, each track carries its own environmental characteristic which of course factors into the gameplay. Wet and slippery tracks glisten with the fresh coat of rain while the dry and rigid straights of the Australian outback kick up miniature sandstorms, impeding your vision in dire situations. It all looks great, and with this many tracks from varying countries, the list is anything but sparse. While tracks offer both environmental and visual differences, it must be known that the initial experience lacks any tracks featuring icy or snowy roads, which seems like an odd omission at first, seeing previous titles included these tracks in the initial release. It seems as we shall now have to look towards season based additional content in order to brave those icy and snowy terrains.

Dirt Rally 2.0’s looks also factor very much into the gameplay itself. While the moment to moment gameplay is responsive, fluid and intuitive, the use of a controller made next to no negative impact on the fact that I was controlling a sliding monster through treacherous terrains. Dirt Rally 2.0 also features track degradation, as each lap around the track depends on quite a few factors. Driving aggressively around corners early on in a race could create traction and handling issues later on, while the amount of opponents coming around each corner before you do could mean being in last place might prove too difficult to change at any point in a particular outing. These intuitive and nuanced challenges made me feel right at home in Dirt Rally 2.0, as you are encouraged to think about things not presented in mainstream racing titles. Pair this with your navigator barking turns at you throughout each race, and it’s clear from the get-go that your mind is as much at work as your hands and/or feet are. 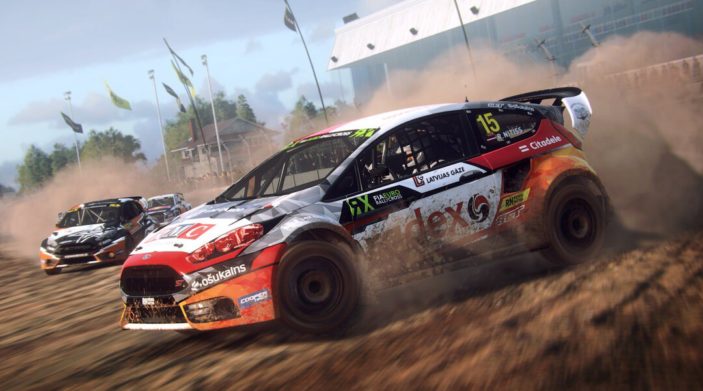 Dirt Rally 2.0 continues the trend of variety thanks to a slew of vehicles, race types and modes to drive them in. The vehicle count is impressive with just over 50 cars to boot, ranging from classic and historic icons such as the Lancia Fulvia and Mini Cooper S, to the modern Ford Fiesta R range and even over to aforementioned Ford Mustang in the form of a GT4 RS200. You’ll be pleased to know that they all handle differently according to speed and weight which is expected, with more cars to enter the lineup in the upcoming DLC-based seasons. The distinct vehicle classes ensure races and competition can remain fair; or even unfair should you choose to pit your 70’s Lancia against a full blown modern Mustang thanks to easily customisable single races.

These races are only the beginning, as My Career mode replaces the My Team mode seen in previous titles such as Dirt 4. The experience is slimmed down here however, phasing out smaller side activities such as promo events and sponsorships in a bid to narrow the focus on building not only your driver and vehicles, but a support crew as well. It’s pretty straightforward and while it’s not terrible, I found it to be average at best. The FIA Rally Cross Championship mode offers up a round of real tournaments and races to compete in, but soon becomes an even slimmer version of the career mode ditching player progression for general race positioning and finishes. It’s not that these modes fail in anyway as the moment to moment gameplay is so strong, but does little to emphasise any of the additional features a racer would experience outside of their vehicle. There are a few oddities in Dirt Rally 2.0’s online components, with the multiplayer segment finding most of its strength in daily challenges and single races, while even parts of the single player career mode inexplicably require you to remain online at all times. I only lost connection with the server once, which is ironically what alerted me to this strange issue in the first place. 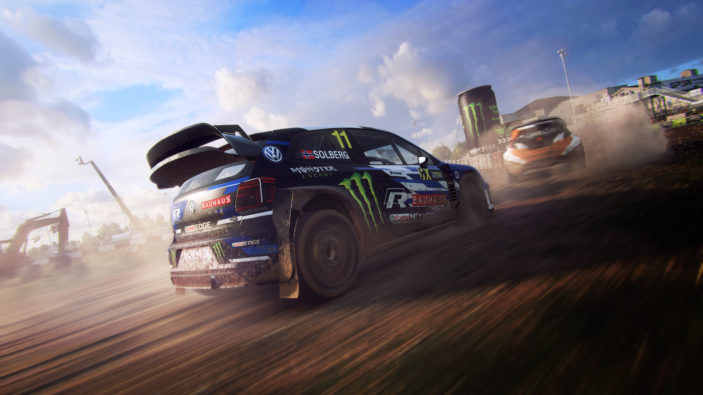 Through the majority of Dirt Rally 2.0’s ups and few of its downs, the learning curve can be your worst enemy depending on your interest and knowledge of rally motorsport. The navigator describes upcoming turns at a blistering pace, while damaging your car only a couple times could result in a seizing gearbox or shattered axel impeding your ability to finish the race. These features are amazing to me personally, but on my first couple attempts I can see why newcomers may be confused as to why the game is treating them so harshly while becoming adjusted to the experience.

Overall, Dirt Rally 2.0 pushes through these minor grievances with strong and consistent gameplay, proving to be one of the best rally games ever created. A steep learning curve and shallow online interactivity might deter some, but make no mistake; Dirt Rally 2.0 is a love letter to hardcore rally fans all over the world and can provide some top notch fun, provided you’re willing to brace the challenges and enjoy some of the finer things the motorsport has to offer.