Devil May Cry 5 Review: A S-S-Stylish Return for a Devilish Franchise 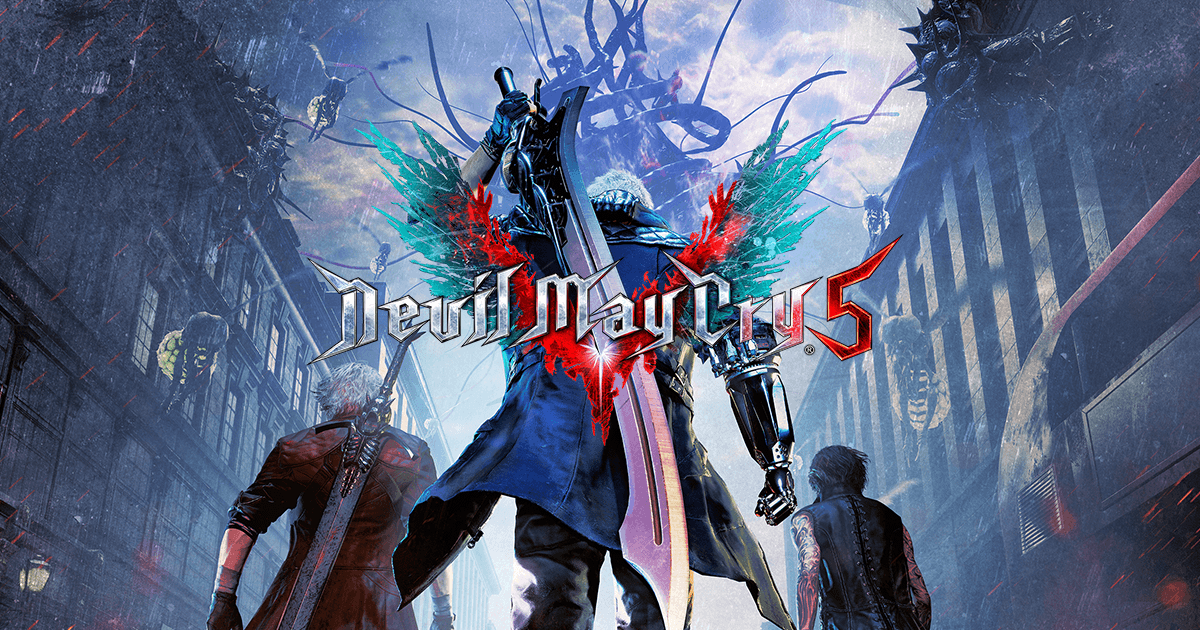 Devil May Cry 5 is a game that might never have existed without its vocal fanbase. While I enjoyed the DmC reboot of 2013, probably more so than most, I missed the original game series sorely. The announcement of the main franchise’s return had me drooling the minute I saw it, and after all this time, it’s arrived in glorious and gory fashion.

Devil May Cry is back, baby!

As in true Devil May Cry fashion, the game opens with a mystery demon trying to take over the world. It wouldn’t be a DMC game without a few demons, now would it? After a devastating battle, our merry band of heroes are split up into disparate teams, each on their own quest to take down the big bad. With twists and spins aplenty – some that’ll have you screaming out loud, the story drives the action spectacularly. 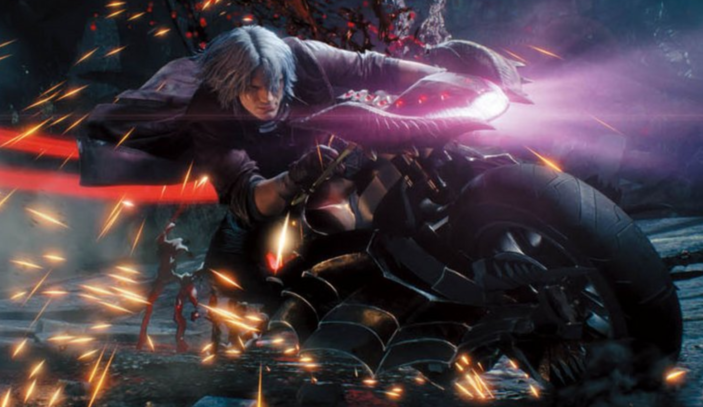 The game is mostly linear (with the occasional flashback), and each level follows a main character along their journey through hell or high water. But there are demons at every corner, and not even the sewers are safe from the grotesque hoards. While the game favours forging ahead, exploration often bears fruit in the form of secret missions, bountiful orbs and power-ups. A healthy balance between fighting and exploring is essential to maintain your skills. After all, the road is long – and difficult.

Now, there’s one thing that needs to be made clear before we get into the nitty gritty of the game mechanics – and that is, to put it as plainly as possible, that this game is hot. Every character in this game is hot, their combat is hot, their personality… hot. While this hotness occasionally slips into 2007 Hot Topic / My Chemical Romance territory, I did not have a single complaint. 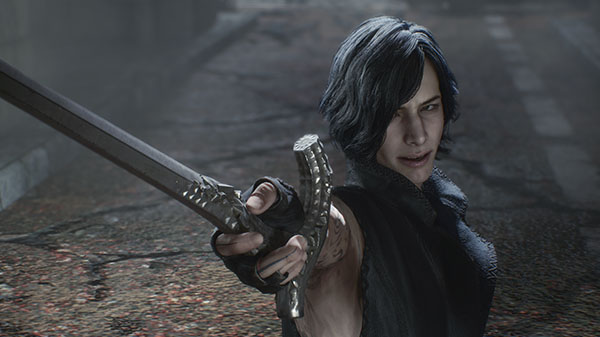 Nero, now the pseudo-Dante of the title, has found the personality he lacked in Devil May Cry 5, and he’s every bit the snide asshole he should be – shit-talking demons and taking names as he goes. Dante, despite his old man grumbling and world-weariness is just as charming as ever, and mysterious newcomer V has enough brooding man-pain to keep him consistently interesting.

While Lady and Trish don’t get much of a chance to shine, gear-maker and truck driver Nico steals the show, with her vivacious attitude making her instantly endearing. As the game progresses, these characters make the story, and it’s their rivalry and banter that creates such a compelling tale.

As you progress through the game, you take on the roles of Nero, V and later, Dante as you make your way through the demon hoards. Sometimes, you’re presented with a choice, and it all comes down to your preferences in combat.

If you’ve played a Devil May Cry game before, you’ll be familiar with Nero’s moveset. It’s a balancing act of hard-hitting attacks, bolstered by his brand new Devil Breaker arm, ranged blaster attacks and dodging high-powered enemies. The diversity of Devil Breakers gives his combat a refreshing and frantic style, although these weapons break easily and I often found myself scrambling to keep my stock up. 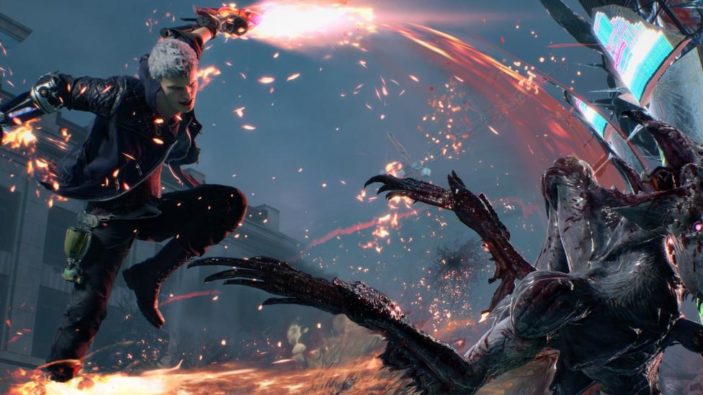 While playing Nero is more of a strategy-based duck, dive and roll contest, V plays out more like a juggling act. Because he doesn’t actively take part in battles, instead you control his pet demons – an bird, a leopard and a colossus (only in Devil Trigger mode). Essentially, they take on similar roles to Nero’s arsenal – the bird functions as a ranged attacker and the leopard is a ground’n’pound melee fighter.

Dante plays out similarly to Nero, but with the added option of styled combat, which changes up the range of attacks available. Dante also has access to a new Balrog gauntlet that – beyond looking very fetching – allows new breakdancing-style flash moves.

I can’t stress enough how much fun these moves were. In fact, they were rather akin to the capoeira-stylings of Tekken fighters Christie Monteiro and Eddy Gordo. Beyond that, Dante is armed with his usual arrow of guns and swords, and his Devil Trigger becomes increasingly handy in tight spots. Later on, Dante also acquires what might be one of the coolest in-game weapons of all time.

V actually turned out to be one of my favourite fighters, and not because half of his attacks are preceded by unnecessary poetry readings, but because his attacking style felt so unique. It’s rare that mage-types get a look-see into action RPGs, particularly ones that aren’t turn-based, so his moveset was extremely refreshing.

Devil May Cry 5 features some of the best graphics of the current console gen, and everything looks smooth and gorgeous. The game is disgustingly stunning, with every blood splatter and Devil Breaker crapshot bursting to life in glorious flashes of colour. It’s gross, it’s beautiful and it’s amazing. 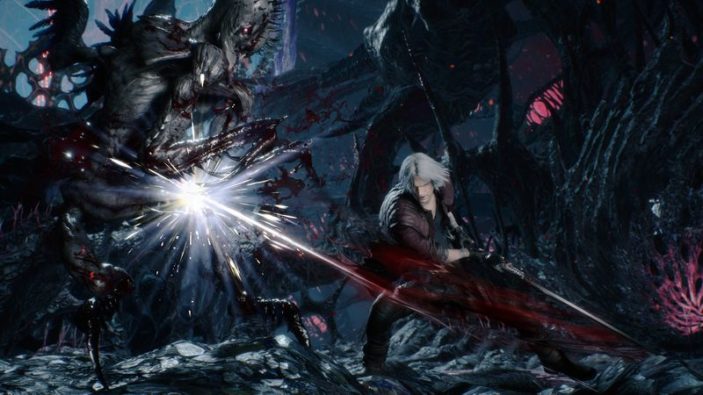 Throughout the story, you’ll traverse a range of grotesque locations, each one more disgusting than the next, from the ruins of a tentacle-covered castle to the inner bowels of a plant beast. Monster guts have never looked so good.

Devil May Cry 5 arrived on the scene with a lot to prove. It’s been 11 years since the last main franchise entry, and in that time, games have grown, matured and thrived.

Thankfully, so has Devil May Cry, and with this latest entry, Capcom has proved that there’s still plenty of gas left in this old tank.