If you’ve played the original Deadly Premonition, you likely have fond memories of of a laughable game. Its larger-than-life characters, terrible voice acting, stiff gameplay and dull visuals made it perfect fodder for Twitch streamers looking for a game to make fun of. What they didn’t expect was that, behind its many technical limitations, hid a game giving the player it everything it had.

Deadly Premonition 2: A Blessing in Disguise feels the same in many ways. It’s charming as it is clumsy, and frustratingly inconsistent. It feels as though developer TOYBOX Inc. have paid attention to the requests of fans of the original, bringing back the meme-inducing qualities that made Deadly Premonition a cult-classic. The trouble is, they’ve forgotten to make a good standalone game in the process.

Deadly Premonition 2: A Blessing in Disguise serves as both a prequel and a sequel to the original, putting players in the shoes of Francis York Morgan, the loveable protagonist of the original game. After a lengthy intro in which two FBI officers interview a strange yet important character, the plot takes us way back to 2005, where Francis is summoned to the fictional deep southern town of Le Carré, New Orleans. Along with his imaginary friend Zach (whom you must never ask about as it’s a private matter), Francis must solve the murder of a young girl, in a town where all is not quite as it seems. The story is oddly paced, with mundane missions filling most of the time before being interlaced between some larger, mainline missions that push the story forward in meaningful ways. In saying that however, I found most of the charm to come from these smaller, mundane missions, which see Francis running errands for various townsfolk, each of whom have interesting and hilarious quirks. Majority of characters you’ll meet, including Francis are funny and memorable, from the loveable Mrs. Carpenter, an elderly lady with a taste for the occult, who just can’t stop bowling, to Patti, the daughter of the local Sheriff who constantly follows you around to assist you, yet constantly questions your your motives. While the story takes its time breaking in, I did appreciate how the narrative slowly ties past and present into one cohesive plot, in which all my questions were admittedly answered. Minor plot holes and uneven pacing do little to take away from the overall charm of Francis and the supporting characters that roam the streets of Le Carré. 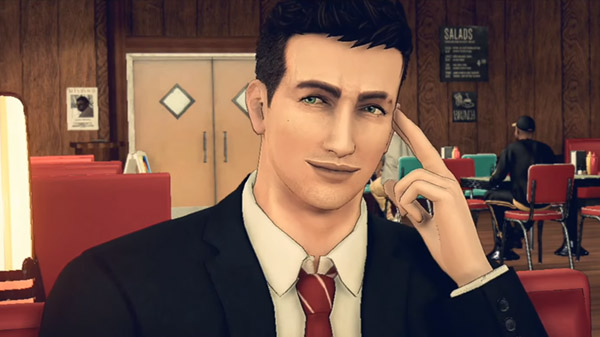 This time around however, it feels as though much of the unintentional humour that made the original Deadly Premonition a hit, seems intentional this time around. While none of it feels forced in any way, you get the feeling that Deadly Premonition 2 understands how weird it is, with many of the characters pointing out inconsistencies along the way. While wonky voice acting unfortunately hampers this tone, I feel like I could appreciate this awareness more compared to the original, as it feels natural in its delivery. None of these characters go as far as to break the fourth wall, but I personally love how Francis uses his alter ego Zach to makes statements about his observations. While this may seem like a breaking of the fourth wall, Zach feels like a character all of their own, adding to much of the charm that Francis exudes. Being a huge Twin Peaks fan, many of the similarities are obvious, with Zach serving as a ‘Diane’ of sorts, in which Twin Peaks’ own Detective Agent Dale Cooper would refer to her specifically while making audio recordings. The town of Le Carré itself, while unique in its appearance, carries with it some strong Twin Peaks vibes, utilising the aspect of a hidden layer of corruption and supernatural mystery beneath a seemingly perfect town. 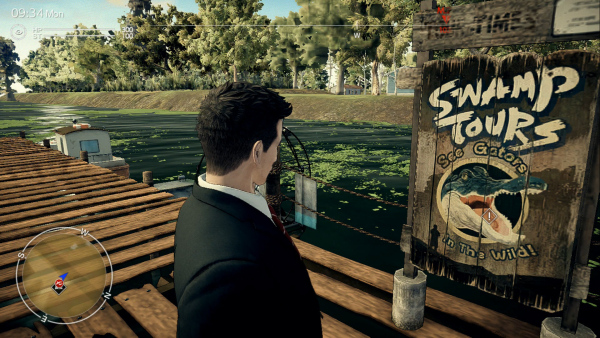 Gameplay is functional, but unfortunately underwhelming. While I feel many of the game’s mechanics are adequate, their function is simplistic and shallow. Agent Francis is able to navigate the town of Le Carré using a skateboard, but with only the ability to and accelerate and brake, I found myself scratching my head each time Francis rebounded off a curb no higher than his ankle. Strangely enough, the streets of Le Carré are completely devoid of daily drivers, making the town feel lifeless and eerie. Melee combat is confined to a single button, while shooting mechanics are stiff and barely used. Top it off with the fact that you only ever fend off attacking wildlife who steal your resources, (yes, I’m aware of how strange that sounds) and everything seems to feel under-utilised. Being an FBI Agent, you’ll also be spending most of your time interrogating suspects and examining crime scenes. Unfortunately, most of these segments play out as you select each option and listen to some dialogue until there are no options left. None of the investigation aspect feels as though it’s subject to any real thought process, which is a shame, as the experience goes so far as to allow you to access notes and data, with no real impact on the story, or mission at hand.

Unfortunately, the game’s performance bears no redeeming factors. This sounds incredibly harsh, but I also feel as though my arm has been twisted too far, to the point where I simply can’t hide the pain. Deadly Premonition 2 suffers from major frame rate issues. When I say frame issues, I’m on the verge of describing a slideshow. Particularly when out in the open world, the frame rate can slow to a near crawl, with no real indication that it’s even close to 30 FPS. While indoor environments fare slightly better, it’s incredibly distracting at all times, and equally consistent. Thankfully, the experience looks much better than it feels. While textures can be hit or miss, the cel shaded anime look goes a long way in adding to the light-hearted nature the title brings with it. The original felt bland in this department, so it’s nice to see it’s been given a new look to match this new direction. 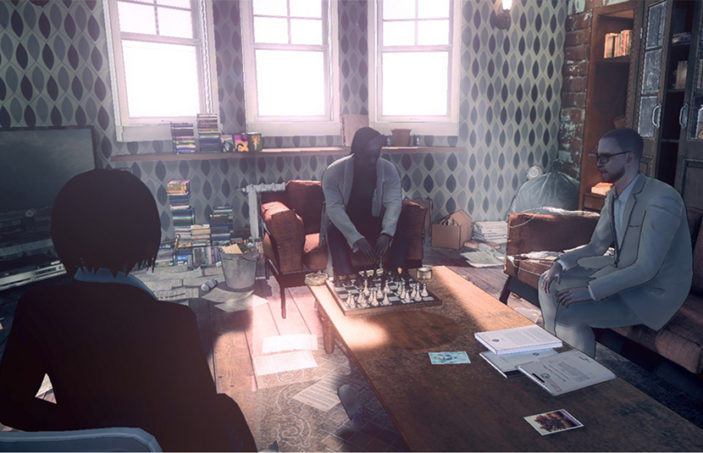 Overall, Deadly Premonition 2: A Blessing in Disguise feels like an underwhelming mess, which is unfortunate because there’s so much about this game I truly appreciate. The wacky supporting characters compliment Francis in such a way that allows the player to buy into the campy vibe without it feeling forced or unintentional. I appreciated Francis’ interactions with Zach, and the way the story melds its two timelines with the one engaging mystery. Unfortunately, performance issues tear down any positive experience with a consistently terrible frame rate, that’s simply too hard to ignore, especially during longer play sessions. Pair this up with underwhelming mechanics, and it feels like a classic case of the cons outweighing the pros. In many respects, this sequel outweighs its predecessor, but ultimately becomes buried thanks to many others.

In the end, much of what Deadly Premonition 2 tries to do is commendable, but its bland gameplay, uneven pacing and abysmal performance grind you down. It’s bad in an ironic way, and that’s fun for a little while, but the irony quickly wears thin. Before you know it, you’ve stopped laughing with Deadly Premonition 2 and are only laughing at it.