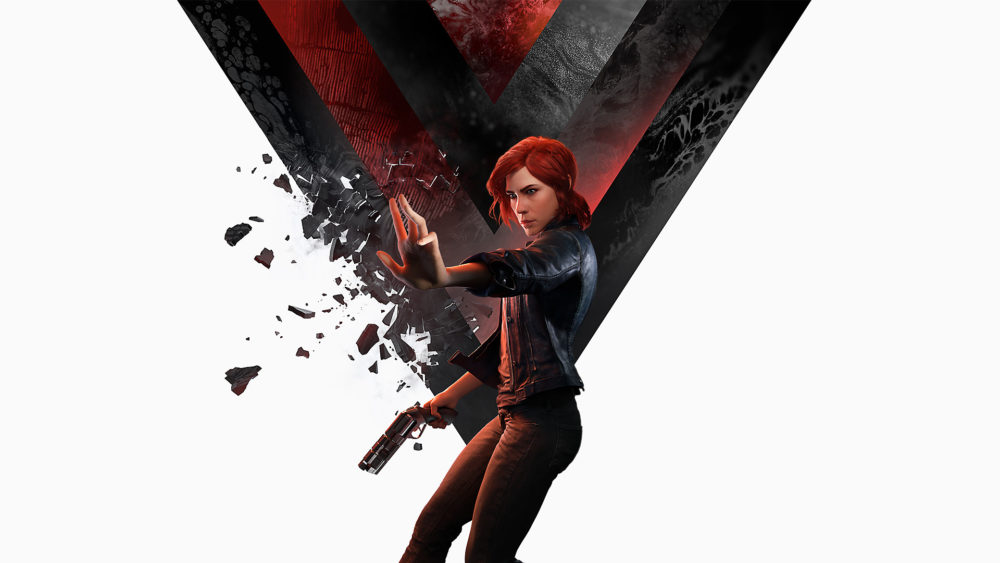 Control had me scratching my head in the lead up to its release. Nothing I saw about its main character, its world or its premise engaged or excited me. I can safely say that I have never been more glad to be proven wrong.

Control puts players in the shoes of Jesse Faden, a young woman set on discovering what happened to her younger brother at the hands of the Federal Bureau of Control. When she arrives, she is promptly told that she is in fact the newly appointed Director of the Bureau, and must aid the surrounding staff in fending off the Hiss, an otherworldly force bent on destroying and possessing the minds of others.

It sounds simple enough and, for a while, it is. It had me worried. Things seemed too simple, too straightforward. But Control soon shows its hand, weaving multiple strange layers into its ten to twelve hour story. Jesse ends up with more than enough complexity on her plate, and while the payoff was satisfactory, the journey itself was strange, mysterious and illusive in all the right ways.

Jesse as a character appears somewhat drab and lifeless at first but, as she delves deeper into the conspiracy at hand, we as an audience warm up to both her and her situation. The story goes to great pains to make her a sympathetic lead, and it works.

While there remain aspects of Control that I really struggled to get my head around, I could at least appreciate their creativity and intention, both aesthetically and theoretically. As the Director, you’re expected to carry most of the load in terms of guidance and responsibility. But when your boss speaks to you in the form of an upside down, falling pyramid that you can barely understand, you may find yourself blinking once or twice just to make sure the old noodle isn’t playing tricks on you. 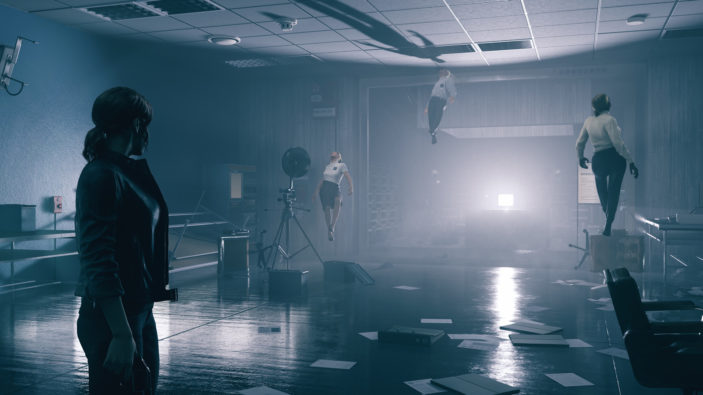 As you can imagine at this point, Control revels in just how strange it is. Be it the plot, environments, enemies or abilities, nothing you do in Control is as simple as it seems. Taking place solely in the Federal Bureau of Control, also known as the Oldest House, I was tentative at first, doubting just exactly how dense a single building could be in terms of both variety and scope. How wrong I was once again. Environments in Control are nothing short of mind-bending, as you progress through regular offices only to find yourself in a room with no ceiling, and an infinite view into a pool of white light.

Traversal feels natural and engaging. My only gripe is that backtracking can be an issue, but this depends on just how long it takes you to find your way to another sector of the building while tracking back through some of the larger, central areas. Jesse is equipped with a regular jump at first, but later abilities add dashes and small bursts of flight which really help with speeding those moments of backtracking up and injecting some variety into the gameplay. But regardless of the back tracking, I was always interrupted just enough to stop, admire and process just how Control would twist and warp its setting in new and inventive ways, each of which had me in awe at just how random, strange, and beautiful this building really was. 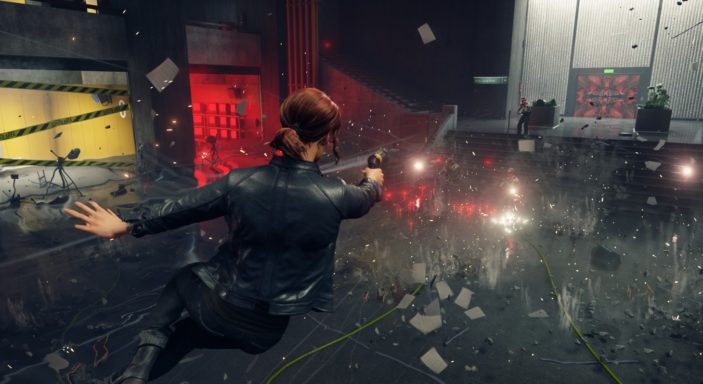 On the gameplay side of things, Control plays extremely well. Surprisingly, most of the gameplay fails to present anything original, with gunplay and abilities I have seen and used in many games that have come before. But make no mistake, Control is more than functional, and for that it should be commended. Gunplay feels weighty and responsive, with each shot landing a satisfying hit. Jesse is only equipped with a service pistol, which gives players the ability to transform the weapon at will to access different forms of firepower. Assigning this transformation to a single button press proves incredibly convenient, as your distance from an enemy may require the use of a pistol to suppress them as you draw closer, only to switch to the shotgun function and blow them away at the last minute. It’s incredibly satisfying stuff, and upgrading each weapon only makes things sweeter.

Jesse also has the ability to unlock and upgrade various powers that she can use to take on the Hiss. Dashes, telekinesis and shields all prove useful and a blast to play around with, but it’s how Control evolves their enemies over time that force you to use each ability in new and inventive ways, adding a sense of difficulty to the combat that feels hard yet fair. Shielded enemies can be heavily damaged by hurling objects at them, while stronger enemies will unleash a deadly flurry of attacks, forcing you to go on the defensive, only attacking at the right time. I did find that things began a little too easily, as I did not encounter death until at least 3-4 hours into the experience. But at that point, the increase in difficulty still felt gradual enough that I wasn’t blaming Control for unfair deaths. 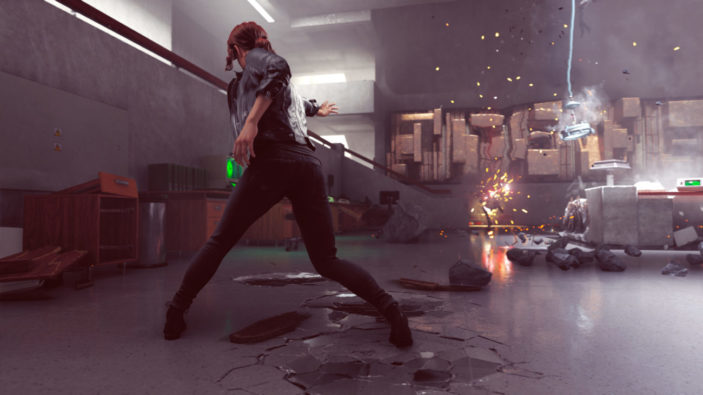 There isn’t really much I can pick Control apart for that ruined the experience in the long run, but I also have to admit that it’s not perfect either. Control runs smoothly around 95% of the time, but for some reason, when things either get too crowded or new environments seems to be loading, Control appears to collapse, even on my PS4 Pro, slowing down to what seems to be 5 frames per second. Like I said, it’s not frequent, but when it happens, I can’t help but label it jarring.

Supporting characters also prove to be hit and miss. While the are most definitely standout supporting characters such as the janitor, whom you meet very early on, these encounters are few and far between, and I would have liked to have seen more of him, particularly in the middle portion of the campaign. Emily is also an engaging supporting character, who acts as a secretary of sorts, and gives an endearing performance as someone who seems to have all the answers, but carries with them a dangerous feeling of uncertainty just below the surface. These performances also carry with them some impressive graphical feats in facial animation, as incredibly minute details can be found in the eyes, particularly when Jesse’s inner monologue draws the camera in super close.

Remedy should be proud of the experience they have created. Their latest work stands as a career best, drawing ideas and a level of polish from past titles while belting out a strange but absorbing tale. Its sharp, witty writing and solid gameplay combine to form one of the best gaming experiences of the year. Consistently satisfying gameplay and visually interesting environments kept Control fresh throughout its story, and the only thing I could ask for at this point in time, is more Control.