Like the sudden lift in temperature that tells you summer is on its way, the arrival of Call of Duty: Black Ops Cold War tells you exactly what time of year it is. Developer Treyarch takes its flagship Call of Duty series to the early 1980’s, determined to bring down the iron curtain with nothing but a grenade launcher. Treyarch returns to a traditional three-pillar format – Campaign, Multiplayer and Zombies – after experimenting with multiplayer only in Call of Duty: Black Ops 4. It’s hard to argue that Black Ops Cold War is mechanically flawed in any major way. Gunplay is incredibly strong and addictive, the campaign is full of the bombastic set pieces fans love, and the return of Zombies is long overdue. It’s the game’s desire to move at a permanent sprint that causes it to stumble. 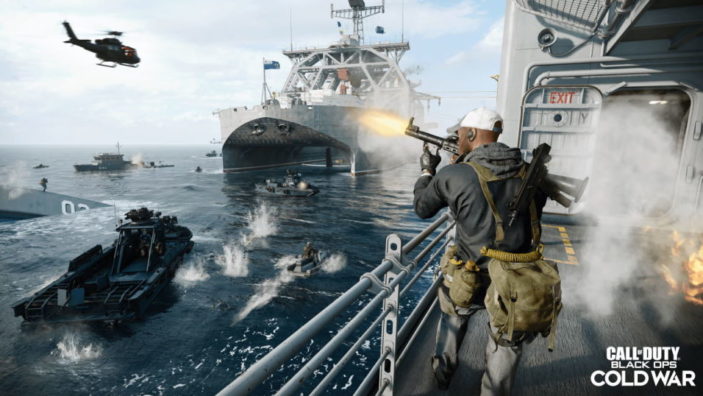 Let’s begin with the campaign.

Call of Duty: Black Ops Cold War plays havoc with the timeline of the actual Cold War. It is set, rather ironically, prior to the Cold War period that spanned from 1985 to 1991. Instead, players return to 1981. An elite group of troops are tasked by newly-elected US President Ronald Reagan with tracking down and stopping Perseus, an elusive Soviet spy, hellbent on nuclear domination. Thanks to its six-or-so hour campaign, the narrative is focused, leaving little room for levity and relaxation. It leans heavily on spectacle, particularly within the first hour, its resting heartrate more of a desperate sprint.

This blistering pace leaves the smaller, more contained side-missions feeling rather extraneous — why follow those paths when the narrative thrust moves in one clear direction? Main missions feature an ‘evidence’ section, allowing the player to comb through relevant objectives for sorely needed context. Regrettably, they have little bearing on the mission itself, as linearity guides you to a singular goal majority of the time. 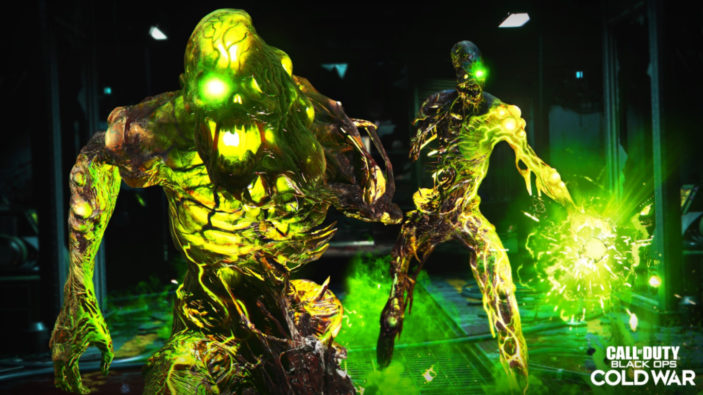 The Commies, The Boys, And You

COD: Black Ops Cold War is a direct sequel to the original Black Ops, meaning Raven Software (who partnered with Treyarch on its production) can deploy a few familiar faces. Mason and Woods make return appearances, the latter of whom delivers an admittedly memorable performance. Among the new faces, Russell Adler serves as team leader, adding a cool, calm edge to the group. In addition to these core characters, players are asked to create their own. The player character is codenamed ‘Bell.

This creation process is pointless on many levels. I can choose my name, my gender and the colour of my skin, all of which is great! But I hardly ever see my character from a third-person perspective. Given this, why would I put an ounce of thought into how tanned my version of ‘Bell’ should be? It might have been better to say nothing and let the player embellish Bell in their imagination.

This process does give you the ability to equip certain character traits. These apparently allow you to mould your character’s “personality”, but it rarely comes into play. Most are passive buffs, like Fearless (take 50% less damage from explosions) or Reliable (always start the mission with more ammo). It obviously didn’t matter which trait I picked because I’d forgotten what it was by the end of the story.

Black Ops Cold War features multiple endings, which range in believability from bland to utterly deranged. Without spoiling anything, I would recommend going for the harsher endings for their comedic value. The narrative doesn’t start setting any of them up until its latter half, and when deployed you simply have to marvel at the boneheadedness of it all. The campaign as a whole is serviceable thanks to some great set pieces, functional gunplay and multiple endings, but it’s not the reason you’re here and I think Raven knows it. 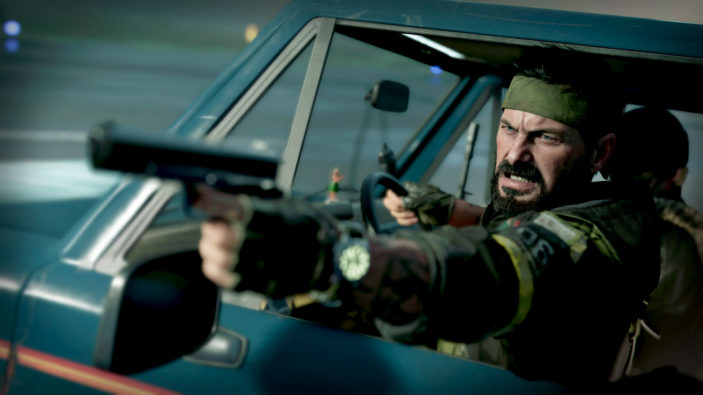 Multiplayer is also a mixed bag. Let me make this clear; prior to Black Ops Cold War, I had poured literally hundreds of hours into Modern Warfare’s multiplayer modes, and stands as a shining example of just how good the series can be competitively. When it comes to traditional modes and overall feel, everything is here in spades. COD: Black Ops Cold War feels a little more old school than Modern Warfare did in places, but this isn’t necessarily a bad thing.

The introduction of a health bar adds context to each encounter as you can now see just how much you had contributed to damaging an enemy, if you weren’t the one to finish them off. Time to kill feels a little longer, and movement feels a little stiffer, but these are nitpicks in the long run, as many will adjust. The addition of the Combined Arms game modes probably add the most variety and depth to multiplayer, even if I usually stick to Team Death-match myself. In this mode, teams of 12 compete across two distinct portions; Domination and Assault. Domination is a straight forward as they come, but treads a fine line, with maps smaller than those featured in Modern Warfare’s Ground War modes, that see players attempting to capture and control 5 points on a map.

Assault however, can only be described as Hardpoint on steroids, and my personal favourite of the two. In Assault, players must simultaneously capture and hold five points at once. The catch is that these points can never be truly captured, as players must stay within these zones to score points for their team. What follows, is pure chaos, and I just can’t get enough. As a result, the combat feels evenly spread, and vehicles feel a lot more responsive this time around.

The introduction of the VIP Escort mode initially left me scratching my head as to how it took this long to actually exist with the Call of Duty franchise, but ultimately left me feeling indifferent. Players must escort an assigned VIP player through the map to an extraction point in order to win the round. Yes, it’s that simple, and as harsh as it sounds, you’ll most likely take it or leave it after a single match, simply because of how the traditional modes hold up. Fireteam: Dirty Bomb however, is the true winner, rounding up all the greatest hits of Warzone’s Plunder mode. Here, players must track down and collect Uranium, depositing it into various bombs spread around the map, at which point they are detonated. The chaos is here, but in its smaller form, it feels right at home in the pantheon of classic modes. 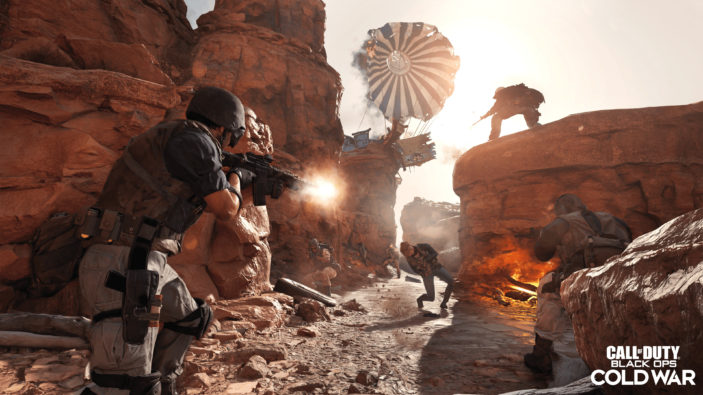 When it comes to weapons and perks, I was sadly left wanting more, as most of what’s on display has already featured way back in the original Black Ops. Weapons do feel a little heavier, and thanks to some nifty next-generation magic, the Playstation 5 version of Black Ops Cold War utilises haptic triggers, which mimic the pressure of the trigger and overall weight of the weapon. This can be turned off for those who appreciate reflex-based feather triggers, but do wonders for the feel of each weapon.

What’s left however, isn’t really ground breaking. Maps feel forgettable, with none feeling as iconic and chaotic as Shipment, or as luxurious and layered as something like Crash. Everything feels like an unnecessary compromise of something that feels like it has to be both, and fails to stand out at all. While the Miami map features neon aesthetic you might expect from the early eighties, nothing really feels dedicated to the era. While Warzone features in Black Ops Cold War, it has not yet changed enough to comment on, rather adding new weapons to the fold. Take note however, that weapons and perks from Black Ops Cold War and Modern Warfare cannot be intertwined, which is a bummer.

Call of Duty: Black Ops Cold War’s Zombie mode is nothing short of a valiant effort. The single map at launch pales in comparison to the multiple episodes that launched with Black Ops 4’s incredible Zombie offering, but does stack up in terms of quality. Played solo or in groups of up to 4 players, many fans of the franchise will feel right at home, particularly within Die Maschine, Black Ops Cold War’s ode to Nacht Der Untoten, the very first Zombies map. But unfortunately, this map feels light on story, compared to the arching narrative that wove Black Ops 4’s four episodes together. We get it, there’s a mystery to solve here, but it doesn’t feel like it’s ready to amount to anything quite yet. The Endless mode provides plenty of fun, as Die Maschine’s labyrinthine map is a blast to power through, but left me wanting a little more after a few rounds.

Onslaught allows players to take their survival skills across several multiplayer inspired maps, in which players must follow a mysterious orb around the map, keeping within its radius to avoid damage, all while defending against the undead. This mode is fine, but as Black Ops 4 set an incredible standard, it doesn’t really feel up to par at launch. But as a treat, players can now port over their custom classes directly from Multiplayer, which adds a nice personal layer to the experience. 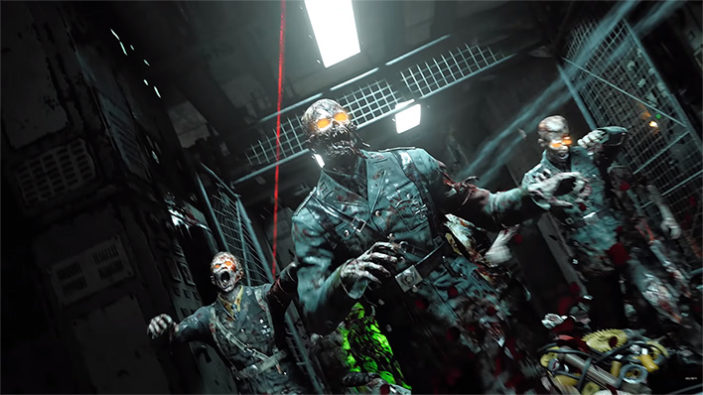 I had the chance to experience COD: Black Ops Cold War on both the Playstation 4 and Playstation 5, with surprising results. The last-gen version of Black Ops Cold War can definitely hold its own in the graphics department, but occasionally suffers from muddy textures and steep loading times. On the Playstation 5 however, loading times were super fast, all but halving those of the last generation versions. Graphically, there’s not an incredible amount to gawk at, but much like a 4K resolution, it’s hard to notice at first, but even harder to go back once acclimated. Ray tracing adds an incredible layer of polish to both textures and environments, which highlights many of the campaign’s night missions. The DualSense controller also adds utilises haptic triggers, which may annoy some in multiplayer modes, but add so much to the campaign in terms of overall immersion. 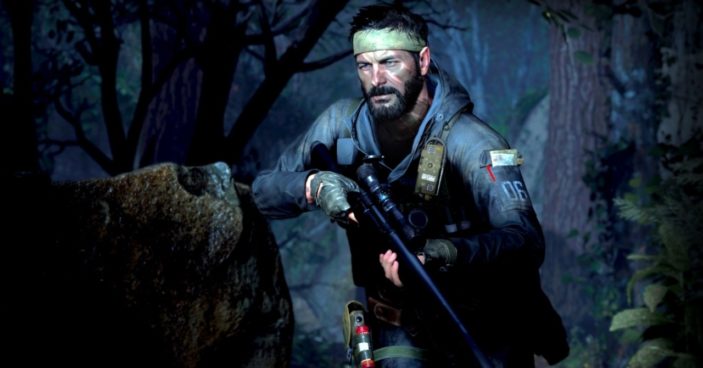 COD: Black Ops Cold War is a mixed bag. It’s incredibly solid in some areas, thanks to some fantastic campaign set pieces, fresh multiplayer modes and interesting Zombie mode map. However, it seems as though for every pro, there is a con close behind. A short campaign fails to build any meaningful character development, given your own character creation is pointless. Multiplayer maps all seems to blend into each other, and the thin launch offering for the heralded Zombies mode leaves a lot to answer for. Ultimately, it looks and feels great, but it remains to be seen in time how Call of Duty: Black Ops Cold War will stack up to its counterparts.

Review conducted on PlayStation 4 and Playstation 5 with a retail code provided by the publisher.