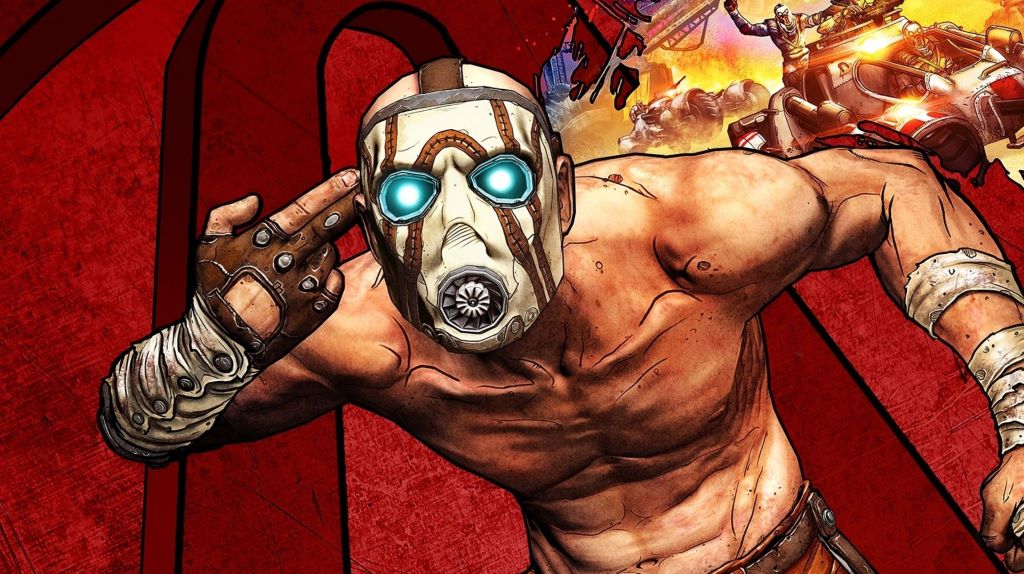 They say you always remember your first time, but the original Borderlands was determined to prove this wrong. With a muted colour palette, confusing map system and generic post-apocalyptic worlds, it was good – but not memorable. Borderlands GOTY Edition is memorable!

The original game has been given a complete facelift with this remaster, and it’s shocking how rare that is. Rather than looking like the usual slap-of-paint rush job remaster, this edition of Borderlands is extremely good looking. Textures are sharp, colours pop and landscapes look brighter and shinier than ever. For the first time, it feels like the game has its own distinct look and personality. 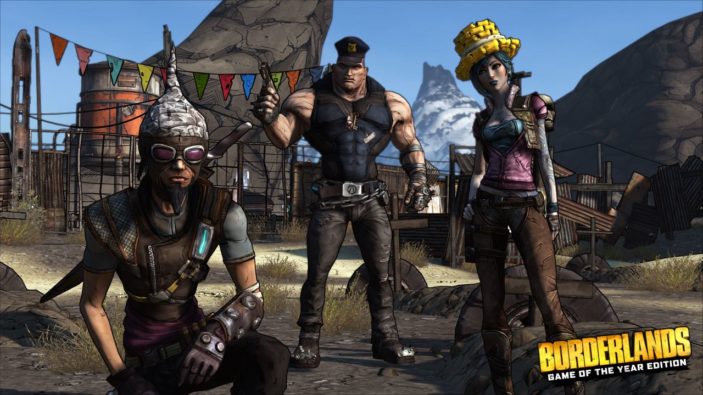 While it does suffer occasionally from the jaggies (‘aliasing’ for the technically minded), the graphics are crisp, smooth and great all round. Character models, landscapes and guns alike have been given a graphical boost, and the whole thing makes the game far more fun and enjoyable.

But it’s not just surface level changes that the game has undergone. There’s a completely overhauled interface and map system that mimics the far more pleasant style of Borderlands 2 and some graphics – including Angel’s shonky original appearance – have been redone entirely. 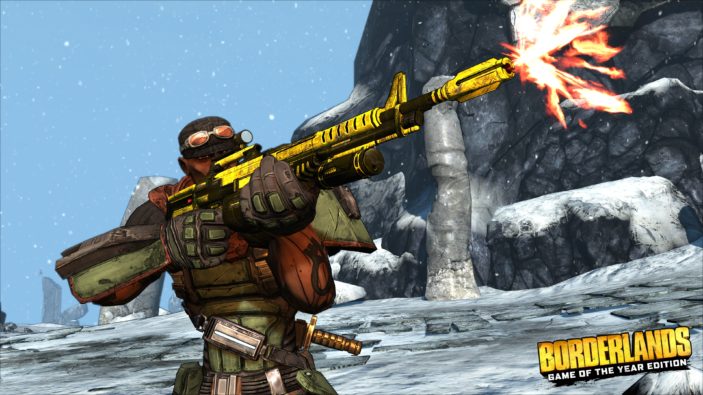 Accompanied by every DLC release, the Borderlands GOTY Edition is a sexy beast, and one that every Borderlands fan should have in their collection. For those who skipped the original and went straight to Borderlands 2 – first of all, shame on you, and second, this is the perfect time to pick up the collection.

The best thing about it is that next gen consoles now have another co-op title to get stuck into – something that’s badly missing from modern gaming. I’m a huge advocate for bringing back the split screen, and Borderlands is the champion that we need.

Given the timing of the release, it’s also the perfect game to tide you over in the lead up to Borderlands 3. Against all the odds, the Borderlands GOTY Edition for consoles has escaped the meagre expectations of modern remasters and come shooting out of the gate. For new and returning fans, it’s a wild and extremely polished ride.

This preview was conducted with a review code provided by the publisher.