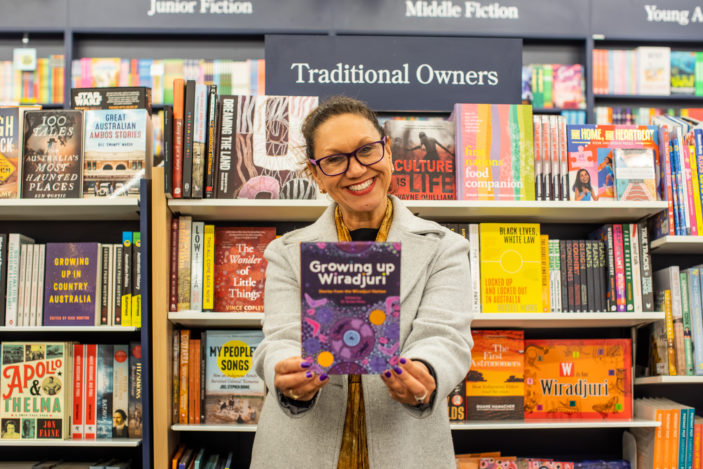 Growing Up Wiradjuri, published earlier this year, is a new junior non-fiction anthology from Magabala Books. Edited by the prolific and acclaimed Wiradjuri writer and activist Dr. Anita Heiss, the anthology collects the personal stories of eight elders.

Each of the eight included writers are Uncles and Aunties who came of age in New South Wales in the 1950s and 60s and experienced growing up under the rule of the welfare board. Amongst those eight writers are Stan Grant Snr, Isabel Reid and Norman Little.

According to the collection’s editor Heiss, “Growing Up Wiradjuri is a gift to the nation by some of our most treasured Elders, who have generously shared their stories. All of them form part of our collective history and the book embodies the importance of passing on such stories to younger generations… Some describe their experiences of evading capture by the welfare mob, or of being stolen and forced into state care away from their families. Some describe experiencing racism in school, the trials of poverty and family separation.”

Thanks to our friends as Morey Media and Magabala Books we have nine copies of the anthology to give away. For your chance to win a copy* you just need to tell us why you want to read the book (in 50 words or less) and then we’ll pick our nine favourite entries.