Win a double pass to NYE In The Park with Flight Facilities, Cut Copy & More 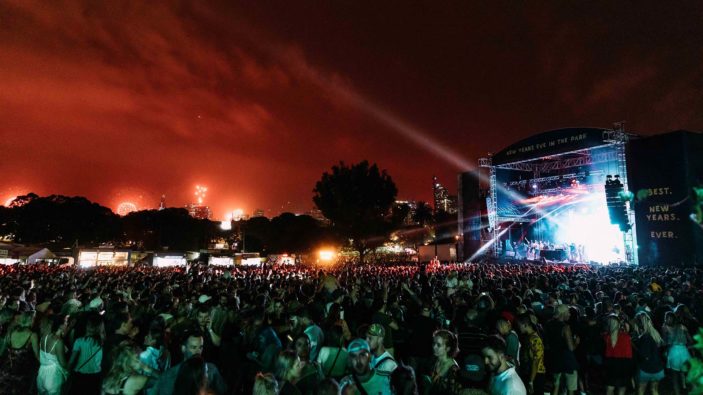 It’s not every day you see some of Australia’s greatest acts converge on the same stage anymore. With music festivals up and running again, that’s about to change for 2023. And if you want to prep your body for a year of awesome live music, then the best time to start is on New Year’s Eve.

Sydneysiders get a chance to do it big with the annual NYE in the Park returning once again with an absolutely monstrous lineup of local talent and a few internationals peppered in for good measure.

If you’re in Sydney and you haven’t got your NYE plans sorted yet, then we’re here to help. We’ve got three double passes to give away to some lucky readers who will be able to head into Victoria Park on New Year’s Eve and throw themselves at a lineup that’s got the likes of Flight Facilities, Cut Copy, Lime Cordiale, San Cisco, US rapper Rico Nasty and a whole host of other party-starters (full line up below).

Sounds like something you need? You’re damn right it does. NYE in the Park will be a multi-stage extravaganza of live music, midnight fireworks, and plenty of activities to fill the night and then some. And yes, this is Sydney’s only  New Year’s Eve music festival.

Aside from the main stage, the tree-lined Victoria Park will also host the fabulous Poof Doof Drag Jamboree and its Neon Hoedown with an LGBTQIA+-curated side stage with knockout drag performances.

Elsewhere you’ll also find the Whatslively stage with young and fresh acts like a slew of Western Sydney rappers, fresh trap DJs and more, keeping the vibes pumping while the rest of the park is full of Sydney’s best food trucks.

NYE in the Park kicks off at 4 PM in Victoria Park. For more information click HERE