The 2022 Winners of the Prime Minister’s Literary Awards are here! 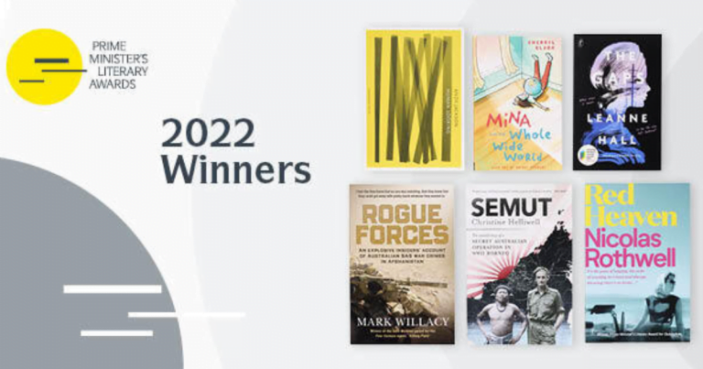 Six categories, six winners. The Prime Minister’s Literary Awards have announced the six books that represent outstanding literary talent in Australia and have made a valuable contribution to Australian cultural and intellectual life.

Let’s learn more about the winners… 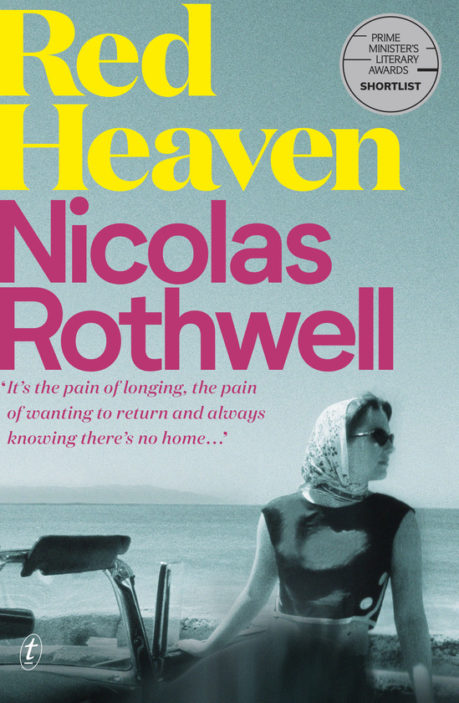 Beginning in the late 1960s in Switzerland, a boy’s ideas about life are being shaped by two rival influences.

These are his so-called aunts—imperious, strong-willed, ambitious—both exiles, at the mercy of outside political events; both determined to make the boy into their own heir, an inheritor of their values. In self-contained episodes, each set in an alpine grand hotel, we see one aunt and then the other educate their protégé.

Serghiana, the ‘red princess’, is the daughter of a Soviet general, a producer of films and worshipper of art, a true believer. Ady, a former actress and singer, is a dilettante and cynic, Viennese, married to a great conductor: in her eyes, all is surface, truth a mere illusion.

Memory and nostalgia—the aunts’ gifts to the boy, gifts of obligation—are the purest expression of love allowed them. Gradually he comes to understand the shadows in their past. Their stories stay with him, guiding his path through adolescence, until he can absorb the influences of the wider world.

Red Heaven is about the people who make us what we are: how they come into our lives, affect us, then depart the stage. 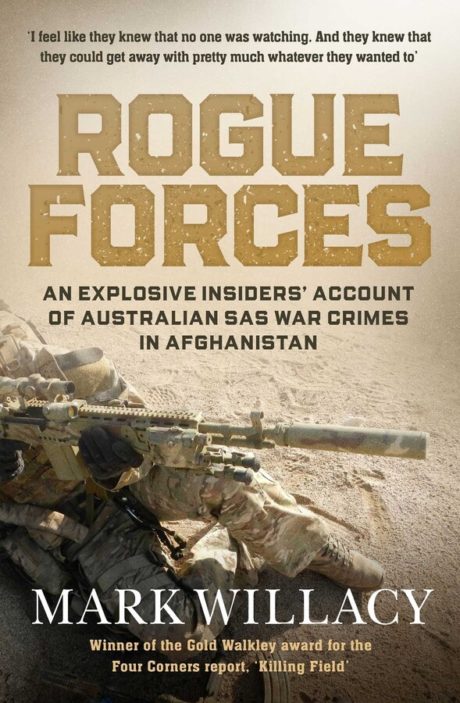 Mark Willacy, who won a Gold Walkley for exposing SAS war crimes, has penetrated the SAS code of silence to reveal one of the darkest chapters in our country’s military history.

Willacy’s devastating award-winning Four Corners program, ‘Killing Fields’ captured on film for the first time a war crime perpetrated by an Australian: the killing of a terrified, unarmed Afghan man in a field by an SAS soldier. It caused shockwaves around the world and resulted in an Australian Federal Police war crimes investigation. It also sparked a new line of investigation by the Brereton inquiry, the independent Australian Defence Force inquiry into war crimes in Afghanistan. It was a game-changer.

But for Willacy, it was just the beginning of a much bigger story. More SAS soldiers came forward with undeniable evidence and eyewitness testimony of other unlawful killings, and exposed a culture of brutality and impunity.

Rogue Forces takes you out on the patrols where the killings happened. The result is a gripping character-driven story that embeds you on the front line in the thick of the action as those soldiers share for the first time what they witnessed. Willacy also confronts those accused about their sides of the story. At its heart, Rogue Forces is a story about the true heroes who had the courage to come forward and expose the truth. This is their story. A story that had to be told. 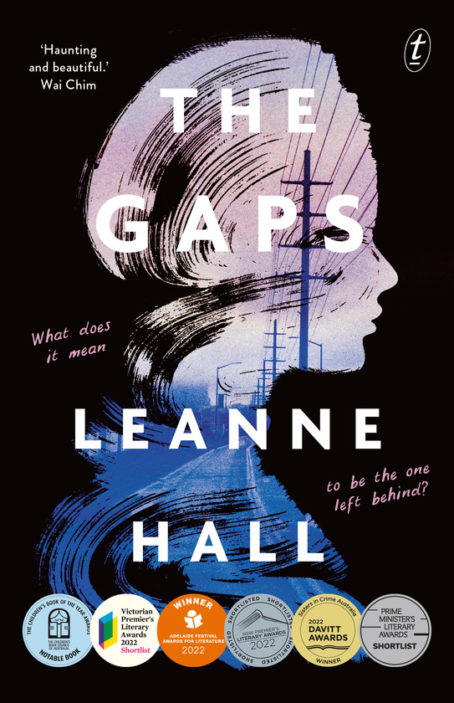 When sixteen-year-old Yin Mitchell is abducted, the news reverberates through the whole Year Ten class at Balmoral Ladies College. As the hours tick by, the girls know the chance of Yin being found alive is becoming smaller and smaller.

Everyone is affected by Yin’s disappearance—even scholarship student Chloe, who usually stays out of Balmoral dramas, is drawn into the maelstrom. And when she begins to form an uneasy alliance with Natalia, the queen of Year Ten, things get even more complicated.

A tribute to friendship in all its guises, The Gaps is a moving examination of vulnerability and strength, safety and danger, and the particular uncertainties young women face in the world. 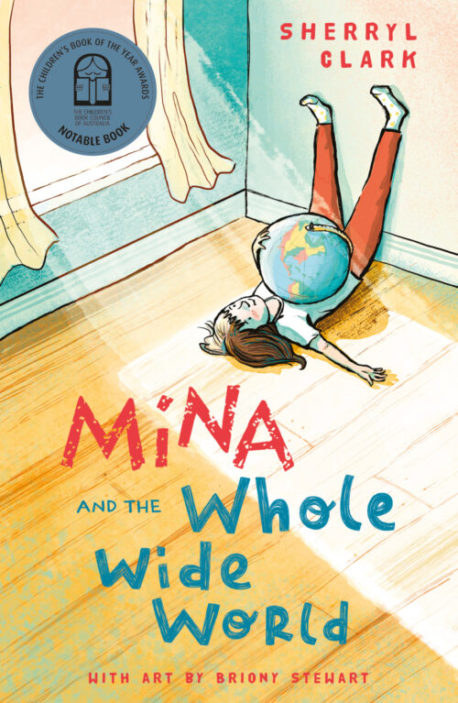 Mina wants her own bedroom more than anything else in the whole wide world. And it’s almost ready! Just one more lick of sunny yellow paint and it’s hers.

But when Mina’s parents take in an unexpected guest, they give her room away. At first, Mina is too upset to speak. She doesn’t care that this new boy, Azzami, needs a place to stay.

At school, the other kids call Azzami names, and Mina wishes he’d stand up for himself. Then she sees his drawings, and for the first time really thinks about the life of the quiet boy in front of her.

Here is a story about finding friendship where you least expect it and making room for everyone across this big wide world. 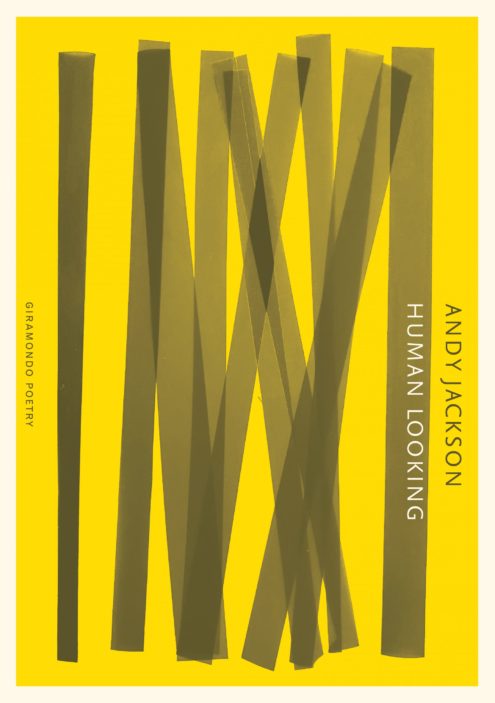 A ground-breaking insight into the experience of disability, from a distinguished poet who has lived with Marfan Syndrome, including severe spinal curvature, and whose poems give voice to those who are often treated as ‘other’ or alien.

The poems are visceral and intimate, they comfort and discomfort at the same time – empathy for the other seems to falter, only to expand and deepen.

The poems in Human Looking speak with the voices of the disabled and the disfigured, in ways which are confronting, but also illuminating and tender. They speak of surgical interventions, and of the different kinds of disability which they seek to ‘correct’. They range widely, finding figures to identify with in mythology and history, art and photography, poetry and fiction. A number of poems deal with unsettling extremes of embodiment, and with violence against disabled people. Others emerge out of everyday life, and the effects of illness, pain and prejudice. The strength of the speaking voice is remarkable, as is its capacity for empathy and love. ‘I, this wonderful catastrophe’, the poet has Mary Shelley’s monstrous figure declare. The use of unusual and disjunctive – or ‘deformed’ – poetic forms, adds to the emotional impact of the poems. 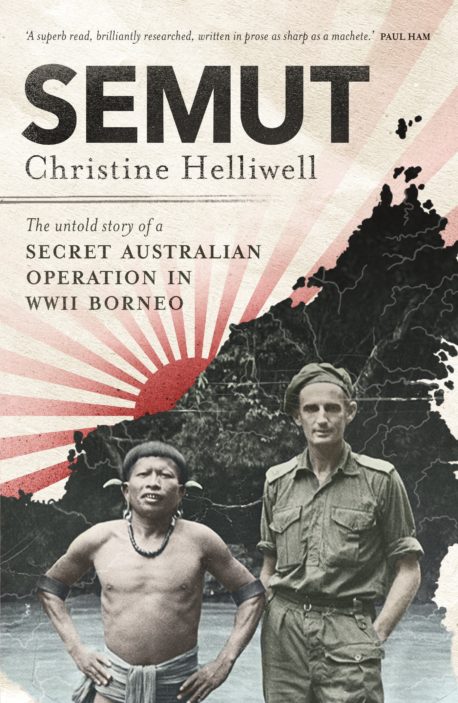 March 1945. A handful of young Allied operatives are parachuted into the remote jungled heart of the Japanese-occupied island of Borneo, east of Singapore, there to recruit the island’s indigenous Dayak peoples to fight the Japanese. Yet most have barely encountered Asian or Indigenous people before, speak next to no Borneo languages, and know little about Dayaks, other than that they have been – and may still be – headhunters. They fear that on arrival the Dayaks will kill them or hand them over to the Japanese. For their part, some Dayaks have never before seen a white face.

So begins the story of Operation Semut, an Australian secret operation launched by the organisation codenamed Services Reconnaisance Department – popularly known as Z Special Unit – in the final months of WWII.

Helliwell captures vividly the sounds, smells and tastes of the jungles into which the operatives are plunged, an environment so terrifying that many are unsure whether jungle or Japanese is the greater enemy. And she takes us into the lives and cavernous longhouses of the Dayaks on whom their survival depends. The result is a truly unique account of the encounter between two very different cultures amidst the savagery of the Pacific War.