Book Review: The Secrets We Kept is a thrilling account of the Zhivago affair 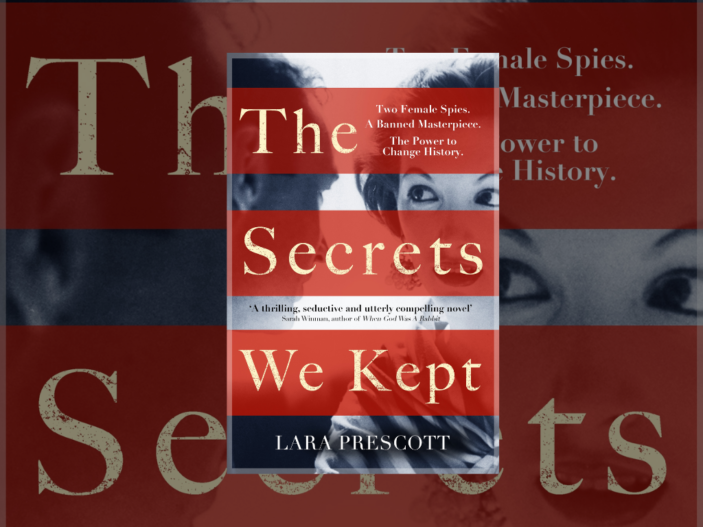 According to the end matter in her debut novel, The Secrets We Kept, author Lara Prescott was named for the heroine of Boris Pasternak‘s Nobel Prize winning novel, Doctor Zhivago. It was not until the CIA declassified 99 documents pertaining to the real story behind the publication of the Russian classic, however, that her interest in the story behind the story began.

That story, in a nutshell, goes like this. In the Stalinist Soviet Union, celebrated poet Boris Pasternak was writing a novel about the old Russia. A love story between Doctor Yuri Zhivago, and a woman named Lara. But the government, believing the novel to be critical of the new Russia, did not want the book to be published. They banned it, and imprisoned Pasternak’s mistress, Olga, in a gulag when she refused to tell them what the novel contained. The CIA heard about this novel that was making the Soviets anxious, and naturally, wanted it to be published, believing that what it contained might tip the Cold War in their favour. Thus began a secret operation to smuggle the manuscript out of Russia, publish it, and then smuggle it back in for ordinary Russians to read.

Prescott’s take on the situation is a lot less cut and dried. Taking as her primary protagonists three women at the heart of the situation (one real, two possibly invented), Prescott looks at the human side of the mission. The toll that allowing the book to be published had on Pasternak’s mistress and her family is seen through the eyes of Olga, a woman who is taken to the Lubyanka in the first chapter she appears in, pregnant with Pasternak’s child and believing that he will not let anything happen to her. She emerges years later stronger, more self-sufficient and less naive when it comes to her place in her lover’s heart. The portrait of Pasternak which is painted through Olga’s chapters is a nuanced one– sometimes tender, sometimes deeply flawed. The man behind the great genius is slowly revealed, and his selfishness when it came to prizing his art above all, and his own freedom above all, reveals much indeed.

In America, the story is told mostly from the point of view of two women working at the CIA in Washington. Sally is a former OSS agent from the Second World War, brought in to train a young woman named Irina, who is Russian American and has reasons to hate the Soviet Union of her own. Irina is hired to be part of the typing pool as far as appearances are concerned, but is secretly trained as a carrier, and Sally becomes her handler as the two prepare to play their part in the Zhivago mission. Young and impressionable, Irina’s friendship with Sally awakens something in her and is the catalyst for her growth both as a woman and as a spy. Sally, on the other hand, grows more and more disillusioned with the way she is used by the Agency as just a pretty face, and is treated as disposable by the men at the top.

Other voices come into play as well, including a ‘chorus’ of typists who observe the coming and goings of Irina, Sally and other bit players. Occasionally a third person chapter is used to show a part of the mission involving none of our three main women, such as a chapter from the point of view of the Italian literary agent sent to retrieve the manuscript for Giangiacomo Feltrinelli, who would first publish Doctor Zhivago in Italian.

The result is a compelling, multi-layered and highly entertaining portrait of the 1950s and the Cold War from both sides, and a love letter to an important novel– and the women who ensured the world would be able to read it. It is historical fiction at its most heartfelt and powerful. To put it briefly, this novel is un-put-downable.

Lara Prescott’s The Secrets We Kept is available now, published by Hutchinson Books (an imprint of Penguin Random House)