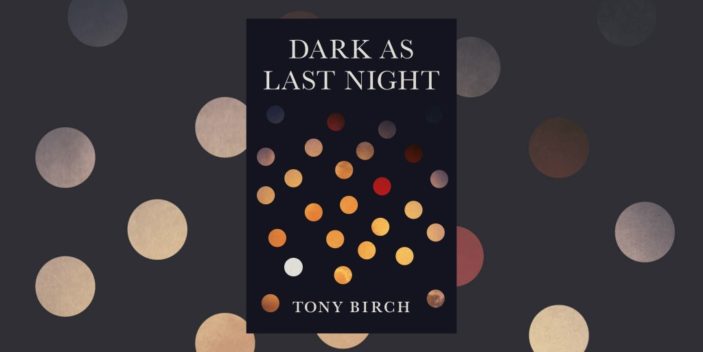 Tony Birch once again proves he is the master of short fiction in Dark As Last Night, a collection of sixteen slice of life short stories that range in time, tone and focus. In his trademark style, which brings the world to life with vivid but simple descriptions, Birch explores the various chances we’re given in everyday life to fight back, to stand up after being beaten down, or to stand up for someone else in need.

Silence is an ongoing theme throughout the collection, both its power and its danger. And, in each story the silence holds a different tone: sinister, bittersweet, angry, proud, resilient, sad, or even hopeful. The collection opens with the titular story “Dark as Last Night” in which young Rose struggles to protect herself and her mum from her abusive father. Little Red tells Rose, ‘I can’t hear what you’re saying. You’ll need to speak up. A big voice, now’ in a line that foreshadows the rest of the collection. Power is given and taken depending on who holds their silence and when, giving the story a dark and sinister tone.

This is a stark contrast to where we end up in the final (and my favourite) story “Riding Trains with Thelma Plum”, in which the silence is defiant and resilient with a stronger sense of hope. A young man on a train watches as a man in a ‘Pussy Lives Matters’ t-shirt with a picture of Queen Elizabeth II faces off in a silent showdown with a teenage girl in a black hoodie emblazoned with the Aboriginal flag. In this story it is a combination of silence and a few carefully chosen words that are weaponised to challenge Mr PLM (as he is dubbed by the narrator).

Constantly throughout the collection we are reminded that, even in silence, there are chances to bond, to grow, to connect and to learn. Somewhere around the middle of the book, the focus starts to shift from silence to carefully chosen words and actions. Reading between the lines, listening to what is left unsaid, reveals the underlying implications of each decision on when to speak and act and when to remain silent.

In “Starman”, Dylan must answer the all-important question, ‘The Beatles or the Rolling Stones?’ He must read the situation, understand everything else that has been said and done, to know what the right answer is. In “Without Sin”, Jonah must decide when and how to fight back to maximum effect. When will his words and actions be most powerful and when is silence the better option?

There are so many things to take away from Dark As Last Night and this recurring silence is only one of them. Birch’s skill in bringing a place and its people to life is second to none. These vignettes shine a light on the ordinary, highlighting the brief moments which define us, shape us and change us. There is nothing extraordinary in the protagonists’ circumstances, and there is a bittersweet edge to each tale, but then as Little Red points out: ‘what is wrong with sad stories? The world is always sad.’ But, within this collection, Birch also seems to be saying, there is also always hope.

Dark As Last Night by Tony Birch is out now from UQP. Grab yourself a copy from Booktopia HERE.