Book Review: The Woman in the Library attempts to solve the mysteries of the mystery genre 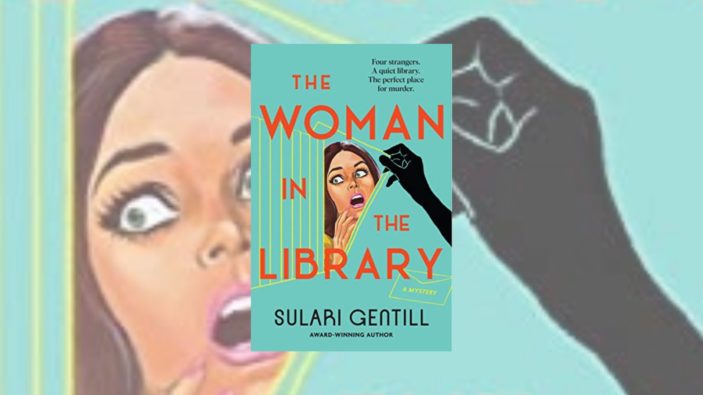 Best known for her Rowland Sinclair mystery series, Snowy Mountains-based author Sulari Gentill has published her latest standalone mystery. Titled The Woman in the Library, the book uses an unusual format to tell two stories at once. Gentill’s fictional counterpart Hannah Tigone is writing her latest book about four strangers who meet in the Reading Room of the Boston Public Library and who are united by bearing witness to a blood-curdling scream in another room.

As the Australian-based Hannah writes about her four characters and their attempts to solve what turns out to be a murder in Massachussetts, she sends each chapter of her book to an avid fan turned reading partner in the US, a man named Leo. Leo’s critiques of each section in Hannah’s book soon begin to take on a menacing edge, begging the question – just how does he know so much about American crime scenes? and why does he have access to such chilling photographs?

While the concept of a book within a book is certainly not new, Gentill’s take on the concept brings a refreshing twist to the crime genre; allowing her to explore questions relating to what it’s like to be a writer in a post-pandemic world. Leo’s letters raise questions for the writer that the reader may also be thinking. For example, why she has chosen to set her book in 2020, but has omitted mention of not only COVID related measures such as masks and lockdown. Also what the implications may be for characters in relation to the Black Lives Matter protests which took place in June of that year.

While many writers and publishers currently feel as if writing about the pandemic will date their writing, or seem ‘gimmicky’, we are now reaching a point where it’s becoming difficult to ignore the changes this new age has brought with it. Gentill’s use of the ‘critique partner’ motif was a clever way to assure her readers that she was thinking about these things, without them needing to be too integral to the story.

Hannah’s contribution to the story is only through her chapters. As readers, we are not shown what it is that she says to Leo in her emails, although it can sometimes be inferred from his responses. At times, this does make the reader feel a little removed from Hannah, and in doing so, means that I was unintentionally conflating Hannah with her author. Perhaps, however, this was intentional, as Leo has a similar critique of Hannah’s character Winifred (herself also a writer), when he draws attention to the fact that no description of her physical appearance is ever given.

In many ways, this novel is very subtle in its critique of the mystery genre, drawing attention to the often used tropes and formulas. Perhaps it might be described as a loving deconstruction – never intended to ridicule, but rather like taking something apart to see how it works. This was a very clever move, because the ‘mystery’ in itself is not particularly shocking.

As a whole, the book is entertaining, original and compelling. It will keep you turning the pages, and the mystery is just challenging enough to be fun without thinking itself too clever. Once you are wrapped up in the story, you won’t even mind that all of the characters have very unusual names such as Cain, Marigold and… worst of all!… Whit.

Read it if you liked Richard Osman’s crime novels or if you’re a fan of Sulari Gentill’s other work.

The Woman in the Library by Sulari Gentill is available now from Ultimo Press. Get your copy from Booktopia HERE.