Book Review: The great wave of family history hangs over the characters in Gail Jones’s Our Shadows 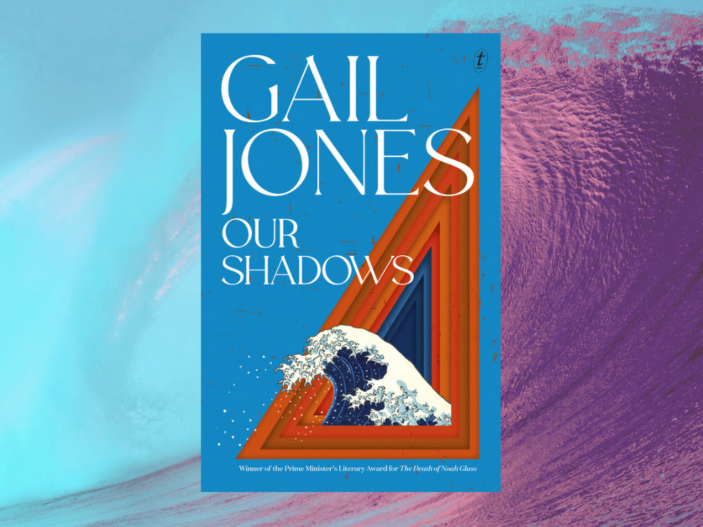 Gail Jones‘s latest book, Our Shadows, looks at the history of a Kalgoorlie family through three generations. The story is told from several points of view; from those of Frances and Nell, two sisters who were raised by their grandparents in the fictional Midas Street, Kalgoorlie (located in the ‘shadow’ of the super pit) after the death of their mother; from the historical viewpoint of their grandfather, Fred, working in the mines and later a prisoner of the Japanese. There is also the fragmented glimpses of their grandmother, Else’s, memory at the end of her life which read almost like poetry; and finally there is omniscient viewpoint of a narrator who follows Paddy Hannan, the man whose discovery of gold led to the birth of the town Kalgoorlie itself.

While Nell and Frances have both moved to Sydney, and Else has been moved into a care home over there, the landscape of their memories is distinctly Western Australian. And, it is a preoccupation with home, family, and memory which drive this magnificent novel. On the surface, there seems to be very little of a link between the story of Hannan and the story of the Kelly family, and yet the evolution of the town of Kalgoorlie – its purpose and what people do there – is paralleled with the fate of this family.

Fred, through his work as an explosives expert, is haunted by the horrors he has seen in the mines. In one moving scene, he finds himself so shocked and triggered by footage of the Hindenburg disaster whilst on a date at the pictures with Else, that he runs out of the theatre to throw up. He is later subjected to a different sort of mining, when he is transported back to Japan as a prisoner of war and forced to work for the Japanese. He is in Japan when the atomic bomb is dropped on Nagasaki. The steady stream of tragedies which Fred witnesses change him, and yet the memories of Fred related by Frances and Nell as they look back show him to be a kind man, which belies his great strength.

This is one of the themes of the book, that perceptions of people are multi-dimensional. Fred sees Else as a glamorous, desirable flirt; the girls see their grandmother as a kind of mother; and yet when Frances comes across a neighbour who lived in Kalgoorlie as a girl, she discovers that not everyone loved her grandmother and many thought she was loose and careless. Nell, on remembering her own childhood through the aid of therapy, recalls some of her own actions with regret, but takes solace in the fact that she thinks nobody knows what she did. In actual fact, Frances has long been unsettled by her inability to understand and reconcile the two ways of her sister.

There are two parts to this novel, with the first much stronger than the second. The second part of the novel sees Frances return to Kalgoorlie in search of the girls’ father. She stays with her aunt, and her aunt’s companion, who teaches Frances about the local Aboriginal customs and language. At times, the inclusion of this character, guiding Frances through her healing, feels a little contrived. Yet the Indigenous history of that place is part of its history too, and an important part, which has largely been ignored in the official teachings.

Jones’s writing is magnificent, and there are many lines in this book which hint at larger truths. It is a book to be read again and again and again, and made me feel closer to my own family history, even if Kalgoorlie is a place I have only heard about occasionally in stories.

Gail Jones’s Our Shadows is available now through Text Publishing. Grab your copy through Booktopia HERE.