Book Review: Jessica Townsend throws open the doors to the Wundrous Society in Wundersmith: The Calling of Morrigan Crow 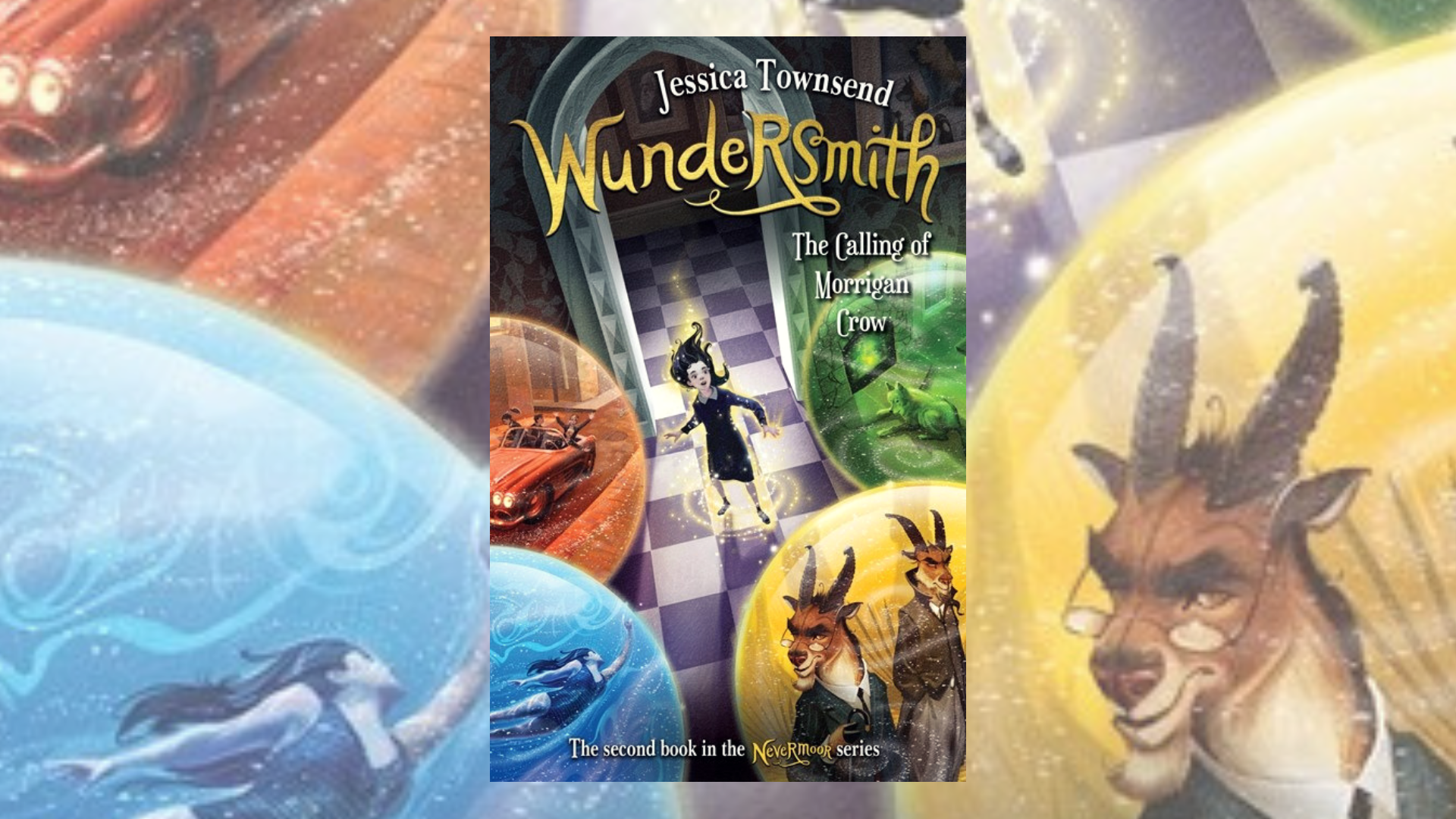 After escaping Jackalfax for good, and discovering her powers as a Wundersmith, twelve-year-old Morrigan Crow is excited to finally be starting her training at the elite Wundrous Society. But, others within the Society are convinced Morrigan is dangerous, and with Wunsoc members going missing, her patron Jupiter North doesn’t have time to help her navigate the Society’s hallowed halls. Can Morrigan prove she’s worthy of her spot in the Society, or will her Wundersmith powers get the better of her, putting the future of all of her classmates in Unit 919 at risk?

You might be wondering why the AU review, with all of its grown-up focused content, is bothering to review a children’s book. Well, for one, Wundersmith: The Calling of Morrigan Crow isn’t just any kid lit – it’s the second book in Jessica Townsend’s Nevermoor series, the first of which pretty much went nuclear when it was published last year. Nevermoor: The Trials of Morrigan Crow won award after award for its Sunshine Coast author, enchanting readers around the world with its exciting characters and whimsical locations. And for us here at the AU, any excuse to celebrate some homegrown talent is a good excuse! Needless to say, Wundersmith had some big shoes to fill. Luckily, it’s more than up to the task.

Wundersmith follows confidently in its predecessor’s footsteps, with Townsend flinging open the doors of the exclusive Wundrous Society and delivering a story that’s fast-paced, compulsively readable (bus stops may have been missed…) and filled with the same utterly charming world building that left readers a little breathless the first time round.

But, the exciting city of Nevermoor has its dark side too, and though series villain Ezra Squall and his eerie Hunt of Shadow and Smoke return, it’s to warn of greater evils to come, and to help expose the wicked underbelly of Morrigan’s new home. Turns out it’s not all Hallowmas parties and brolly rails, after all!

Morrigan Crow remains a wonderful series lead, and it’s a pleasure (and sometimes a gut-wrenching pain) to see her journey play out over the pages. More than just a misunderstood Wundersmith, she’s also a child shoved aside by adults who think they know what’s best; a kid who can’t make friends because of learned prejudices; a girl trying to go it alone, so others don’t worry. But, of course, no one really can do it alone, so it’s great to see key relationships furthered in Wundersmith, most notably Morrigan’s friendship with Cadence, a fellow Wunsoc scholar, whose talent leaves her literally forgotten, and the burgeoning father/daughter relationship she has with Jupiter.

Wundersmith: The Calling of Morrigan Crow is a rousing success, and a wonderful follow-up to last year’s Nevermoor. Townsend’s world is both whimsical and familiar, her characters magical but relatable, and it’s all cut through with a wickedly infectious sense of humour. Inventive, thoughtful, and an outrageous amount of fun, Townsend is now two for two in the Nevermoor series, and there’s likely to be thousands of children (and, okay, a lot of adults too) dying to see what Morrigan Crow gets up to next.

Jessica Townsend’s Wundersmith: The Calling of Morrigan Crow, the second in the Nevermoor series, is available now from Hachette Australia.