“Our house is a very, very, very fine house.” Crosby, Stills, Nash and Young might have been singing about the suburbs, but the same can be said about the Sydney Opera House. A building beloved by Sydneysiders and tourists alike, many people may not realise the project was a doomed one. It was almost thwarted at various points during its fourteen year construction. Helen Pitt’s new book, The House is a rich and comprehensive look at the incredible dramas that lie buried beneath this landmark building.

Pitt is a journalist, and she brings her investigative skills to the fore here. She remains impartial about what happened, and doesn’t pick sides nor offer her own opinions about things. Instead, she presents the facts whilst drawing on her meticulous research. This includes: original letters, newspaper clippings, previously classified documents, other books and her own interviews with the surviving players in this grand symphony. 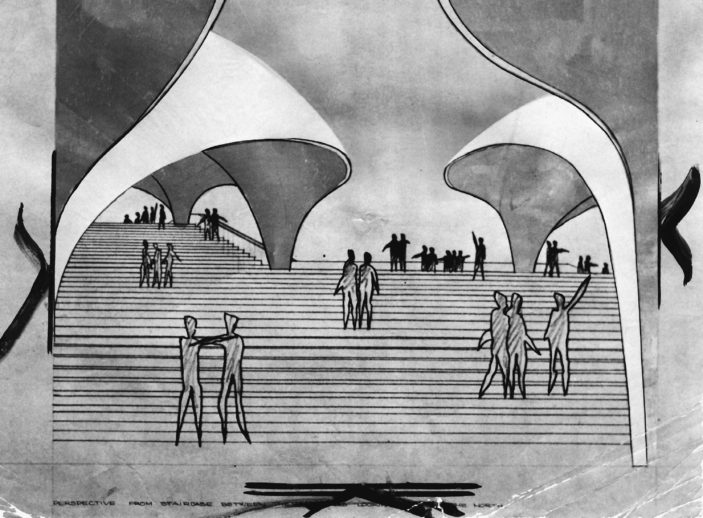 The Opera House story is an unlikely one, and the history behind it is rather complex. The site at Bennelong Point was used for corroborees by Indigenous Australians before European settlement. From 1902, it was the Fort Macquarie tram depot for over fifty years. It was earmarked as the future site of the overseas passenger terminal until Eugene Goosens intervened. The head of the Sydney Symphony Orchestra lobbied the right people, convincing them that the city needed an Opera House.

The project received lots of support from an unlikely champion: NSW Premier Joseph Cahill, a man who was more likely to frequent the pub or the races than watch the opera. Yet he was adamant that the city needed a place for the people for the purposes of entertainment. The government held an international design competition and a Danish architect named Jørn Utzon won. His design has been compared to ship sails, shells and segments of an orange.

Construction began in 1959 and it would take fourteen years to build. Some 10,000 people would ultimately work on the building, and it would cost over $102 million to build. There were many stages to the project including: building the stairs like a Mayan temple; creating and erecting the huge sails of the roof; and fitting the interiors. The roof in particular requiring some clever mathematics and engineering. A former French spy named Joe Bertony calculated the geometry required for the truss that supports those incredible arches. 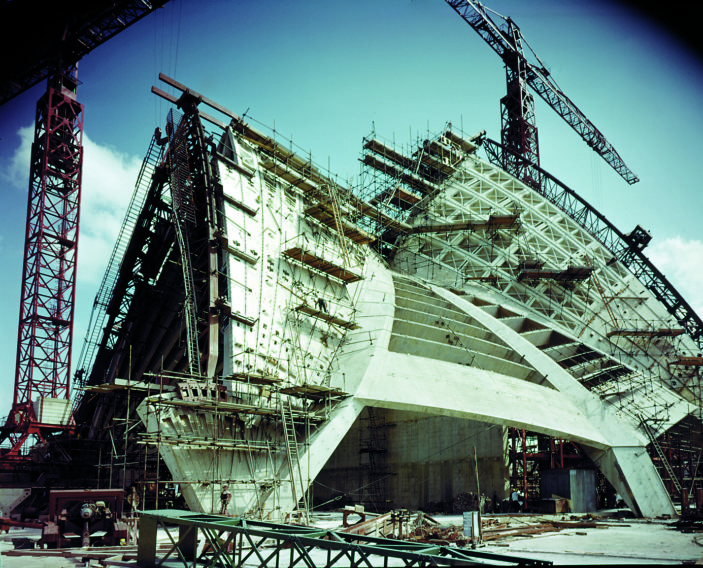 During the course of the project the government changed. This culminated in Utzon falling out with the NSW Public Works minister, Davis Hughes over non-payment and the use of plywood. The Dane would return to his native homeland mid-project. He would never return to Sydney and see his genius work completed. Australian architect, Harry Seidler was one of the many Sydneysiders who called for Utzon to be reinstated. But, it was Australian architect, Peter Hall who finished the job. Pitt acknowledges Hall’s contribution to the building and is respectful in doing so. She does this without detracting from Utzon’s grand design and visions for a building that wound up ruining him.

This book is full of many fascinating anecdotes and the stories behind the sails. Readers will find it entertaining and informative in equal measure. For instance, did you know that The Easybeats and Little Pattie performed at an early party on the construction site? Did you know some cheeky workers craned their boss’s car to the top of the sails at one point? Or how about Ben Blakeley’s story? He channelled indigenous elder, Woollarawarre Bennelong‘s spirit at the building’s 1973 opening. These are just the tip of this enormous white iceberg.

Pitt has written a gripping and accessible volume about one of the world’s most beloved buildings. She covers every drama-filled moment and unlocks so many of the amusing stories behind this amazing structure. The House is an absolute treasure of a book, capturing this bold tragedy in its complete glory. A love letter to this iconic landmark; it is just like a symphony reaching a rousing crescendo.

Helen Pitt’s The House is available now through Allen & Unwin.