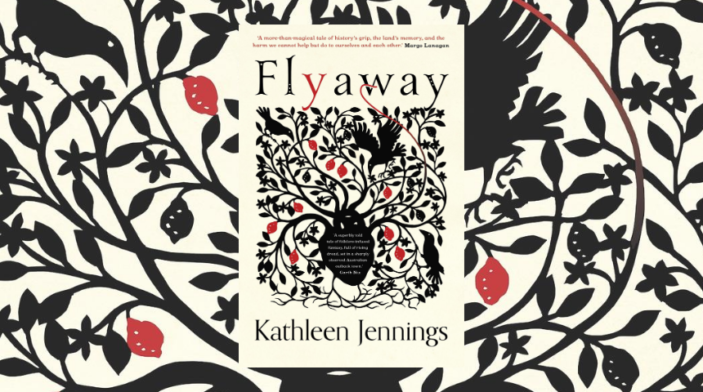 When Bettina Scott’s father and brothers disappeared, her mother took charge. The wild ways of her childhood were over, and Bettina was moulded into a proper young lady. But, when a mysterious letter arrives and a painted warning appears on their perfect picket fence, Bettina is forced to confront what really happened all those years ago, questioning everything she remembers.

Following Bettina and childhood friends Gary and Trish as they try to get to the bottom of the disappearances, Flyaway is equal parts engrossing mystery and cautionary fairy tale. Think Gothic horror meets folklore meets magical realism, all bound up in a tiny Australian town. It’s a short read, coming in at just under two hundred pages. But it’s no less immersive for its brevity, with Bettina’s past and character revealed in well-paced increments. Introduced to readers as a prim, isolated teenager, her own doubts about what really happened the night her father vanished and her interactions with Gary and Trish gradually show an altogether different tale of family life than the one she (and her mother) tells.

Author Kathleen Jennings writes with a lyrical hand, crafting beguiling prose that brims with magic. It’s beautiful, eerie, and compulsively readable; a triumphant debut for its writer. Jennings’ award-winning history with short stories is also proudly on display here, showcased not just in the novella length of Flyaway, but also in the folkloric fairy tales that burst forth every chapter or so. Brought in as stories told by various characters, they’re as layered and complex as the main text, and though they’re essential to Flyaway’s magic, they could easily stand alone (and scare a few children into behaving themselves in the process).

Cunningly crafted and beautifully written, Flyaway blends fantasy with family tragedy. The end result is a novella that speaks to more the fairy tales conceived by the Brothers Grimm than by Disney. Rather than a happy ending, readers are gifted a twisted warning that things aren’t always what they seem. Bursting with imagination and a dedication to world-building that belie its short page count, Flyaway is not to be missed.

Kathleen Jennings’ Flyaway is out now through Pan Macmillan. Order yourself a copy HERE.