Book Review: Explore the dark wynds of Victorian Edinburgh in Ambrose Parry’s medical mystery The Way of All Flesh 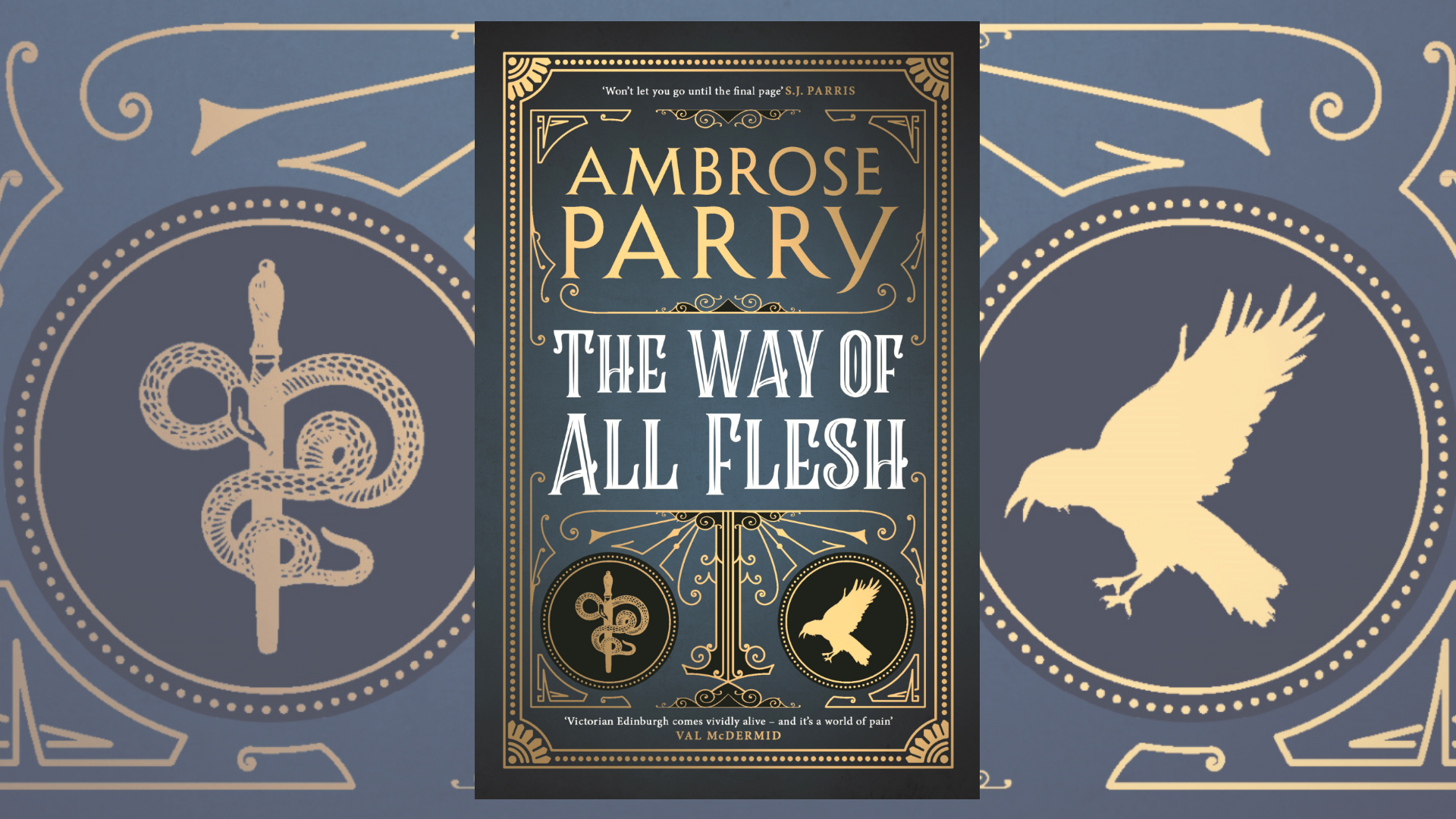 Edinburgh 1847. Evie, a prostitute visited by apprentice doctor Will Raven, is dead. Raven is shaken by the discovery of her twisted corpse, and, as other victims began to appear across the city’s Old Town, he sets out to get to the bottom of the gruesome deaths. Teaming up with the fiercely determined Sarah Fisher, Raven must find a balance between his growing feelings for the ambitious housemaid, and the dark secrets of his past he would rather keep hidden.

The Way of All Flesh is the work of husband-wife writing team Chris Brookmyre and Dr. Marisa Haetzman, writing under the penname Ambrose Parry. Both their skills are on display here, with Brookmyre’s experience as a crime novelist and Haetzmann‘s extensive historical medical knowledge filling the pages. The prose is rich and descriptive, though the language often veers dangerously close to what feels like faux Victoriana, and the violence is occasionally delightfully stomach churning, while in depth historical research and a plethora of real life figures lend authenticity to the envisioning of the era.

That being said, there is something a little off about Parry’s debut. I’m a big fan of historical crime novels and Edinburgh in particular makes for a wonderful location. The city’s gruesome past and its rich medical history make it the ideal setting for a book like The Way of All Flesh. But, maybe it’s because I’m so familiar with the genre, and the location that it just feels like it’s all been done before.

Raven is a man with a scar and a secret. Sarah is outspoken, with ideas above her station; that curious brand of proto-feminist that appears so often in novels of this nature. There are doctors who will do anything in the name of progress, priests with sinful appetites, loan sharks’ thugs lurking in the shadows. So far, so Victorian crime novel. Not that I’m necessarily asking for something new – if it ain’t broke, don’t fix it, after all.

But, Raven is a thoroughly uninteresting lead throughout most of the novel, only really coming to life about half way through when he and Sarah (finally) begin working together. Despite his own connection to a victim and his ongoing education in obstetrics (with the famous Doctor James Young Simpson, no less), he is simply not empathetic enough to carry the weight of a novel that clearly and desperately wants to explore the plight of the lower-class women driven to extremes by unwanted pregnancy, but still insists on clinging to the formula: there must be a bad man at the heart of all this. Sarah gets a few licks in, unenviably filling the role of progressive counter to Raven’s distracted broodiness, but for the most part, the book isn’t nearly as affecting as it likely hopes to be.

The Way of All Flesh seems to be set up as first in a new series, one that likely will see Raven and Sarah tackling all manner of nasty medical murders. Carried by the character and history of Victorian Edinburgh, it’s a middling start, and one hopes that the Parry team has a few more tricks for Will Raven up their sleeve.

The Way of All Flesh is available now through Allen & Unwin / Canongate.