Book Review: Caitlin Moran’s How To Be Famous is a satisfying middle finger to Britpop boys clubs & the concept of “selling out” 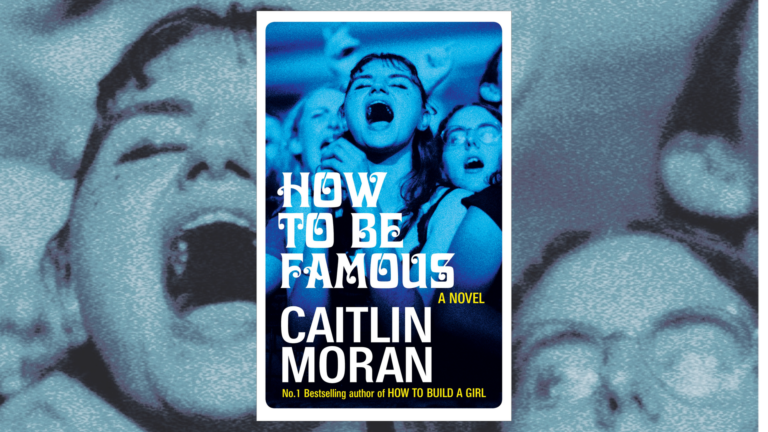 Johanna Morrigan is back and she’s living the good life. Writing as Dolly Wilde, she has a column in music magazine The Face, and her best friend (and unrequited love) John Kite has hit the big time. But when John begins to spiral out of control, and comedian, creep, and all-round dickhead Jerry Sharp takes an interest in Johanna, things suddenly don’t seem so grand. The sequel to Caitlin Moran’s best-selling How To Build A Girl, How To Be Famous, capitalises again on Moran’s semi-autobiographical style, while bringing mid-nineties London, the epicentre of Britpop, to life.

Without giving you a full play-by-play of how I lived my life between the ages of 18 and 22, it’s actually a little hard to explain why How To Be Famous resonated so strongly with me. Suffice it to say, I knew what it meant to be fully immersed in a music scene at that age (though this was the era of emo and pop punk, rather than Britpop), and to be overweight and having terrible sex while doing it. At first, I saw Johanna as living a life most teenagers could only dream of, but then I realised I’d done a good chunk of the things she’d done – I’d just not been paid to write about it. More importantly, perhaps, I’d felt the way she felt. Pushed out because I was new to the scene, discredited because I was a young girl, disrespected because I’d kissed someone I shouldn’t. All while – and yes, it’s worth mentioning again – being overweight and, honestly, terribly dressed. How To Be Famous validated those experiences in a way I didn’t think any book ever would, or perhaps even could, gently removing the filter of nostalgia without making me regret every single cider blackout. It was powerful and, maybe ten years too late, a little empowering.

And by the time I got to Johanna’s letter to John, an impassioned cry in support of the teenage fans who were making his career but also apparently making him hate success, I had seen myself on damn near every page. But that sweetly furious letter, and the way John responded to it, pushed me right over the edge. Remember earlier when I said I cried in Starbucks? That was when the floodgates opened.

I’ve been both the screaming girl at the front and the grumpy old git at the back side-eyeing her, and in recent years I’ve tried to close the gap between the two. Acknowledging first, that teenage girls know what’s up, and second, they’re allowed to love the music too. It speaks to them, the same way it speaks to anyone else. Who are we to criticise that? Or to hate the way they express it? When our favourite musicians have young, female fans all it means is that young, female fans are capable of feeling the same things we feel. It doesn’t mean they’ve sold out or that they’re no longer any good. And that’s true of every era of music, from Beatlemania, to the Britpop years of How To Be Famous, to today when Ed Sheeran can pack out huge stadiums all over the world.

Here’s the thing: How To Be Famous isn’t going to resonate with everyone. And that’s fine, though I’d still encourage everyone to read it, if only because it’s high time we respected the way young women respond to popular culture. They are just as capable as grasping a song’s meaning, and they have the ability to help our favourite artists succeed. Johanna Morrigan gets that. Caitlin Moran gets that. And eighteen-year-old me could have done with knowing that others saw that a little sooner and, maybe, feeling a little less like the fake fan in a room full of boys who were there “first”.

Cheeky, boozy, and a little bit gutsy, How To Be Famous is exactly what you imagine Britpop London to be like – raucous fun fuelled by cheap drink, cigarettes and dodgy drugs, with a weird damp smell lingering from somewhere. But it’s also empowering and sweet and clever, and features some glorious female friendships. Raise a cider and a middle finger to the NME boys club and read it now.

Caitlin Moran’s How To Be Famous is available now through Penguin Books Australia.