Book Review: Afia Atakora delivers a cautionary tale about the narratives of history in Conjure Women 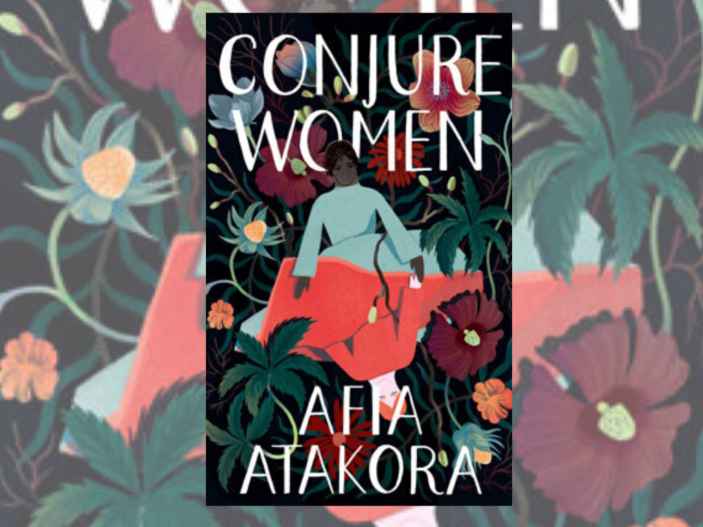 Conjure Women is the story of Rue, a ‘conjure woman’ in a small community made up of Black slaves working for the family of ‘Marse Charles’. Rue is the daughter of the plantation’s previous conjure woman, Miss May Belle, who is both a maternal figure and a figure of discipline in Rue’s life. The novel works its way back and forth in time, alternating chapters between the time before or during the war and the time after it, in which the community are living on borrowed time after the deaths of the white family who owned them.

In the post-war sections, adult Rue’s position as the healer and midwife of the group is precarious. Her friends and neighbours begin to distrust her methods when first a child is born with unnaturally dark eyes and pale skin, and then members of the group begin to fall sick.

In the pre-war narrative, Atakora explores the duality of Rue’s adolescence with that of the daughter of the house, a young white woman named Varina whose lack of awareness of the struggles faced by Rue and the other slaves has disastrous consequences.

Conjure Women is a powerful book about the damage done by perpetuating single stories. At times, the book is violent and distressing. And yet it is a true account of life in the South for many Black people who were brought to America to be slaves. It’s also a multi-faceted book, taking up a discussion about womanhood alongside one of race and privilege. Atakora has created a powerful and complex bond between Rue and Varina which makes them more like sisters than mistress and servant, meaning the collision of their two experiences is all the more stark. In fact, it is the different experiences of the women in the novel – Rue, May Belle, Sarah and Varina, which are the focal point of the novel. Late in the novel, May Belle says of Varina, “Miss May Belle…decided soul-deep that she simply didn’t have it in her to let any woman die, especially not for the mere sake of taking her fate into her own two hands after the world of men had shackled those hands behind her.”

Not only does this quote sum up what, for me, was a dominant central theme of the book, it also speaks volumes about the position of May Belle as a character within the story. She is privileged somewhat above other characters around her because of her knowledge, and the fact that the Master comes to her for information, but in reality, she is no more free than anyone else. What we, as readers, know is that she complies with the Master to ensure that her child is not sold to any other Master; so that her family might be kept together. Yet at times this means May Belle is seen to be a harsh mother by the child she wishes to keep close.

This is a book of many subtleties. While some of the violence is overt, such as the whipping of a runaway woman by her lover, much of it is far more insidious, particularly when it is shown in the form of sexual violence against the women. (It’s often implied that the women are raped by their masters.) Rue is shocked to discover that this has gone on, perhaps mirroring the reaction of the reader, because her mother has been able to keep this from her.

Much of the novel hinges on a moment of sexual violence against Varina, which is misconstrued and manipulated by her father to fit the dominant narrative of the time. Through her thoughtlessness, Varina allows history to take its course, altering Rue’s relationship with Varina, though not exactly as might be expected.

The first part of the book alternates between chapters headed SlaveryTime and FreedomTime. But as the book progresses, it becomes clear that the community are not truly free. The legacy of history, and of the suspicions they harbour against one another will continue to affect them for many years to come.

Conjure Women is an incredible novel, and one that marks the arrival of a powerful new writer.

Order your copy from Booktopia HERE.