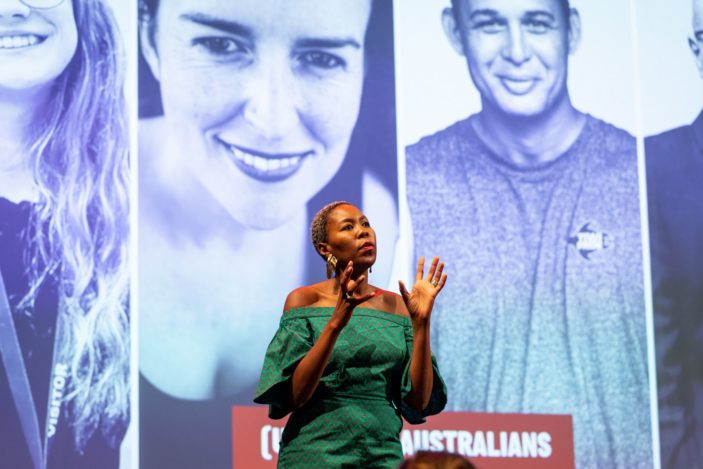 Sisonke Msimang, the new curator for Perth Festival’s Literature and Ideas festival, delivered her full program for the late February event on Thursday night to an enthusiastic crowd at the Octagon Theatre.

Her program, designed around the concepts of ‘Land, Money, Power, and Sex’ has been curated with a goal of inviting a new intake of audience members, whilst still embracing the traditional audience pulled by Writers’ Festivals of years past—university educated, white women of forty and above, whom Msimang described with love as “those who buy lots of books, make great conversationalists and are highly influential in their communities”.

An energetic, and always delightfully stylish Msimang laid out her vision for a festival which would spark conversations and encourage us to extend loving hands of friendship to those beyond our own verandas. Of previous panel controversies, in which authors and speakers have been paired up in order to have them butt heads against one another, she said she could not think of anything more boring.

Those who have been disappointed by previous festivals in which sessions were shortened and breaks too quick to allow both a visit to the bathroom and a cup of coffee or a snack to be fetched rejoiced as she revealed that individual events would be going back up to sixty minutes, and that there would be a thirty-minute break between each to allow audience members to dissect and discuss what they had just heard.

The program this year is heavy on single-authored conversations. Although those who enjoy a panel will not be disappointed with offerings such as “Friends ‘til the End” in which Jane Caro, Long Litt Woon and Charlotte Wood talk to local author and ace interviewer, Annabel Smith about ageing, mourning and female friendship, and “How it Feels to be Free”, a discussion on place, belonging and justice from Bruce Pascoe, Len Collard and Tara June Winch, moderated by Bardi man, Ron Bradfield.

There are also a few new concepts coming to this year’s festival, including Slow Reads; story time for adults in the beautiful Tropical Grove, where authors read their work aloud to you. A Lit Crawl along Beaufort Street, and A Book, A Bus and a Bite, in which ticketholders will be driven to a themed meal location with the author of the chosen book and feast their tastebuds alongside their minds.

There is much to take in from this year’s festival so get your program early and grab your pens and highlighters to start mapping out your weekend. And for those of you who can’t decide, here are my picks: 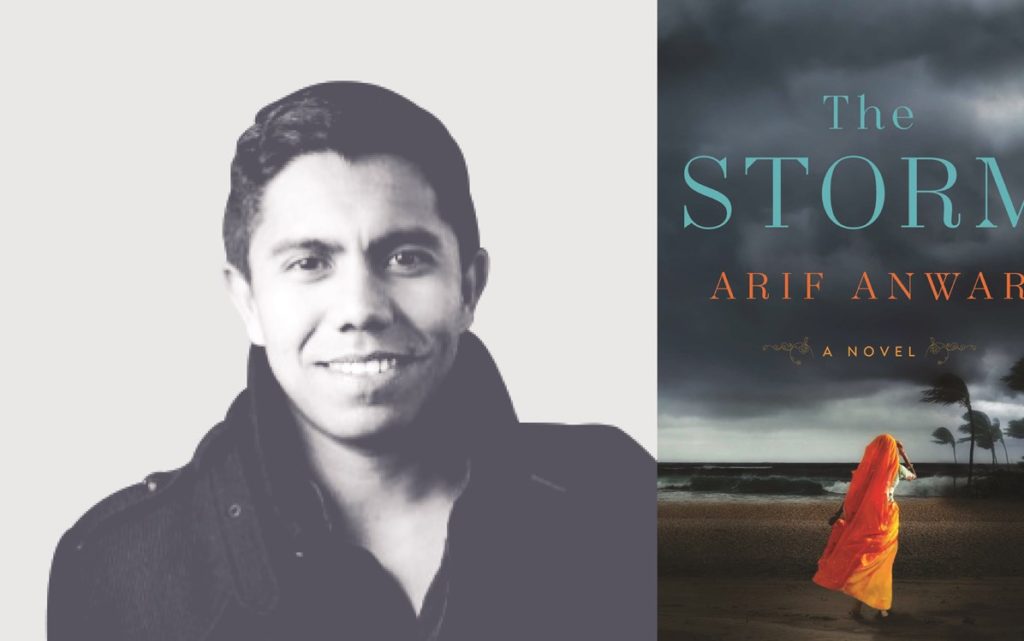 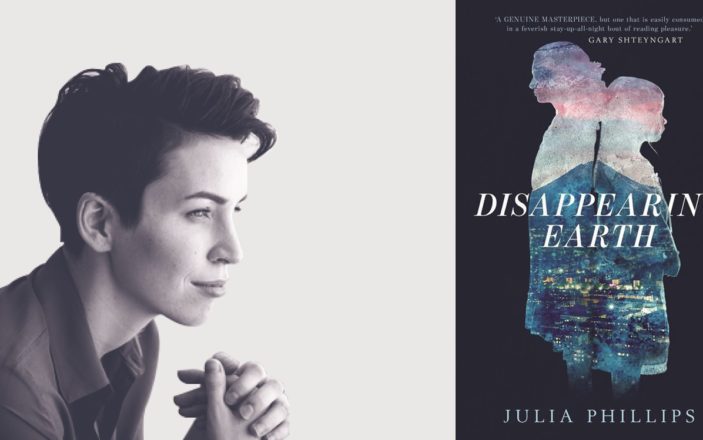 Julia Phillips in discussion with Jo Trilling about her critically acclaimed debut novel Disappearing Earth. A conversation about Russia, girls who disappear and Phillips’ fresh literary take on crime fiction. 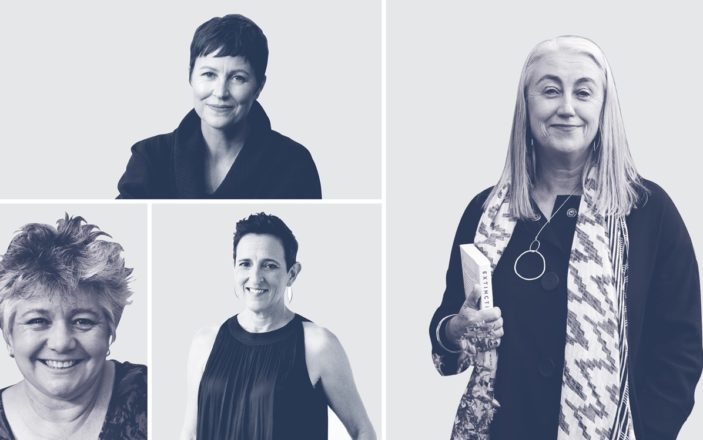 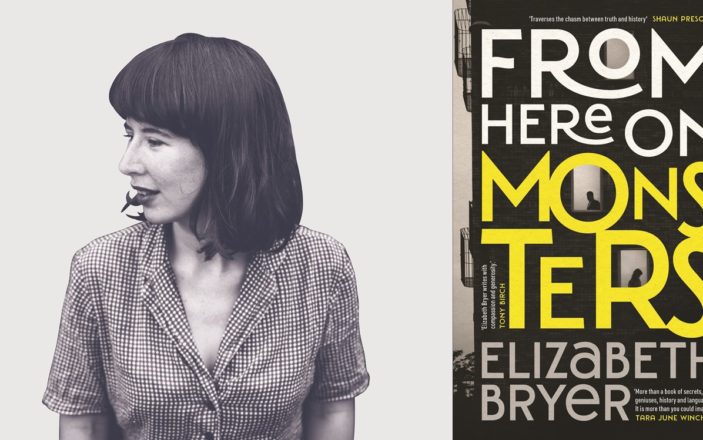 From Here on Monsters

Elizabeth Bryer talks to Emma Young about her debut novel, a modern mystery about a missing academic. 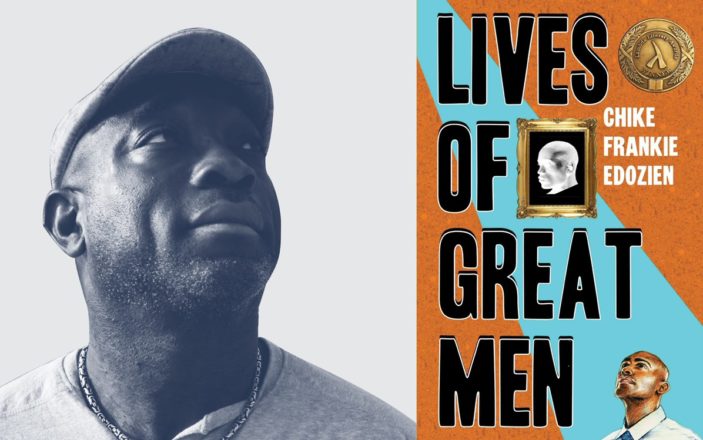 The Lives of Great Men

Chike Frankie Edozien talks to Holden Sheppard about his award-winning memoir of growing up gay in West Africa. 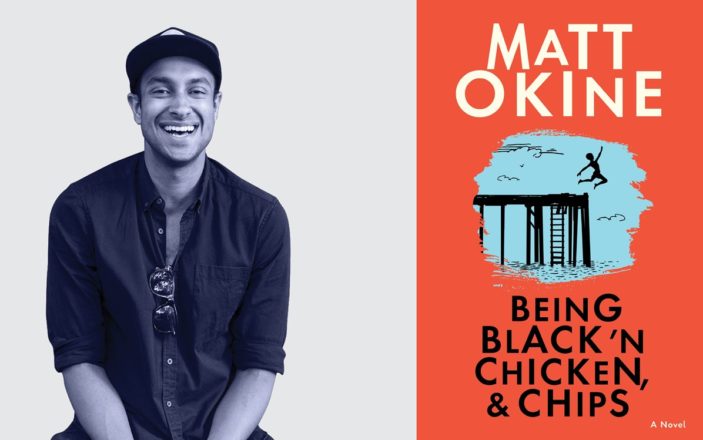 Matt Okine talks to Ben Jenkins about his new novel, comedy, and fighting the impetus not to cry. 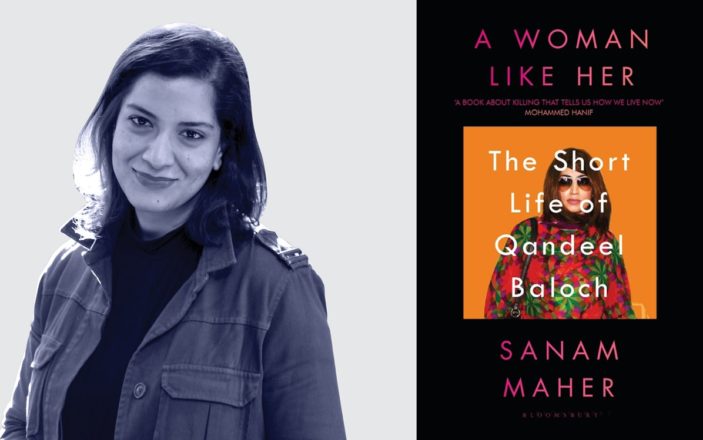 Sanam Maher tells the story of the killing of the woman known as Pakistan’s Kim Kardashian in conversation with Zainab Syed. 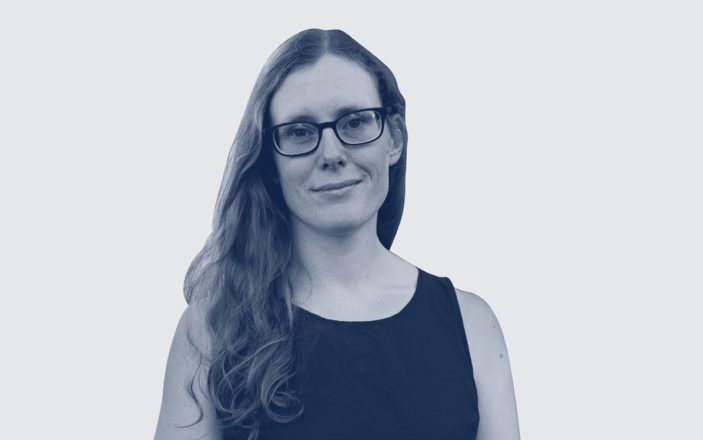 Catherine Noske, known for being the editor of Westerly, chats to Rosemary Sayer about her debut novel.

And of course, you can catch me there talking about my debut book of short stories, Well-Behaved Women. I’ll be reading in the Tropical Grove on Saturday from 1.15pm. Or in the Alexander Lecture Theatre at 3.30pm on the Sunday, talking to the incredible Michelle Johnston about the modern expectations put on women in Australia. What are you still reading this for? Go buy some tickets, and I’ll see you there.

Perth Festival’s Literature and Ideas program runs across Saturday 22nd and Sunday 23rd February at the University of Western Australia’s Crawley campus. You can download a copy of the complete program HERE.