Interview: Author Kathleen Jennings on Flyaway, the Aussie landscape, and the intersection of picture and prose 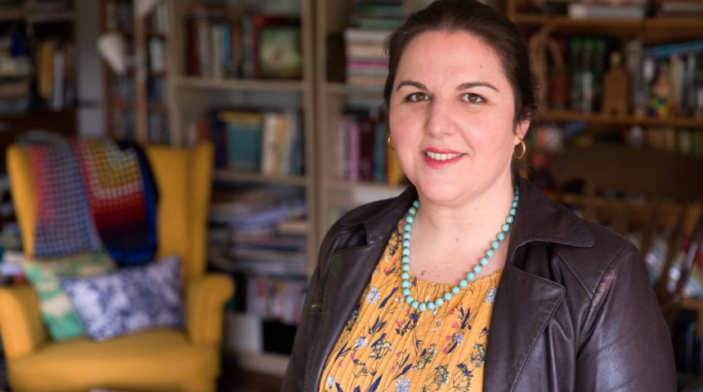 It’s been a week or so since Kathleen Jennings released her debut novella Flyaway into the world. You can read our review of the book here! We caught up with the Brisbane based writer and illustrator to chat about the release of Flyaway!

First of all, can you tell us a little about Flyaway? What’s it about?

Flyaway is set in Western Queensland, and is about a young woman, Bettina, who has been raised to be very ladylike and domestic — as far as she remembers. But she begins to realise that her memories might not be entirely reliable, and so she goes searching for the truth about her father, her brothers, and herself among the tales in the bush outside her very small town, stirring up the ghosts of old stories and friendships.

Where did the inspiration for it come from? Are any of the stories rooted in actual folklore or local legend?

I grew up in Western Queensland learning far more about European and American legends than Australian ones — it was a long time before I learned much about the real history of the area I knew best. So Flyaway partially comes from that experience: the overlay of introduced stories, which can be as beautiful and destructive as any introduced species.

But it is also about learning to read the Australian landscape through the lens of those stories, taking all my visual fairy-tale vocabulary from the trees and grass and flowers I knew, and being always rather hurt and puzzled when I read Australian books that seemed to think the landscape of Australia was itself hideous and terrifying (apart from some of the things that happen in it).

So there are traces of a great deal of folklore and fairy-tales in Flyaway, often very indirectly: a logic, a fear, a beauty, a type of consequence. But there is also an awful lot of the region I grew up in. Some buildings — the sawmill, a missing step, a particular ceiling, specific doors — are very definitely lifted from places I knew, and there are hints and allusions to local events and legends, not least (of course) the eternal glimpses of giant black cats in the Australian bush.

You have a really wonderful writing voice, and things absolutely come to life on the page. Do you have any tips for creating such vivid prose?

Thank you so much!

Often, having a particular place or person in mind helped. I have a friend who grew up where I did, and occasionally she can guess which paddock or whose water tank is cameoing in a scene, or remembers who used kangaroos in the rose garden! I visited the old sawmill again after finishing that chapter, though, and managed to scare myself, so it can backfire.

When I was writing Flyaway, I was doing an MPhil at UQ and studying how a few other authors accomplished their vivid effect — in particular the sheer painterliness of Joan Lindsay’s Picnic at Hanging Rock, the extremely specific textures of Rosalie Ham’s The Dressmaker, and the unexpectedly literary qualities of Shaun Tan’s pictures in Tales from Outer Suburbia, which did the same things, just in paint.

Some of the technique is to do an edit looking at descriptions of actual light, and physical surfaces. Keying those descriptions to a painting can help. There are few scenes in Flyaway where I spent some time working out what words would be equivalent to the quality of light in a Tom Robert’s painting. Lindsay does this, and so does Dorothy Dunnett, whose historical novels use descriptions that might have been lifted from painters close to the eras they’re about.

Another aspect was to check the metaphors and similes and consider what they evoked. Picking a comparison that means something in the world of the story strengthens both world and story (and is tricky with a first-person narrator with limited life experience!). On the other hand, picking a comparison from outside the book (a painting, a related story, etc) lets you import a whole lot of references and sub-meanings.

Finally, I knew there was a particular aesthetic I wanted the whole book to have — a sense that the physical world was mostly beautiful, whatever else was going on. This meant going back and deliberately tweaking a few of the descriptions that it’s so easy to make unlovely — often mechanical elements. I’d like to take that further in future projects — there’s a sort of industrial-romantic style of writing that amuses and pleases me and I want to figure out how the best of those authors do it.

You’ve quite the history with short stories, and Flyaway is, of course, a novella. What is it about that shorter format that appeals? Are there any specific challenges or freedoms you really relish?

I have a habit (which causes great grief at the editing stage) of just sort of feeling a story onto the page, and these seem to land neatly at the length of a long short story. It seems to be about the depth of my emotional well. It’s also a nice length for simply committing to and exploring a single aesthetic. I also really enjoy, even in completely non-fantastic stories, some of the structures and engines of the fairy-tale, and they tend to neatly support that size of story (or sub-story, in the case of Flyaway). Also, you get to put the work of considering the consequences onto the reader!

On the other hand, I really like lingering on moments and characters, and longer works give scope for that — I am working on some longer projects. But I find they benefit from forward thinking in a way I’ve been able to avoid in shorter stories. The trouble is, I love overly-complicated novels which just slowly gather speed under their own weight until suddenly they are howling down an impossibly sleep slope into unavoidable chaos, and that’s a skill I think can only really be learned when working at a greater length. 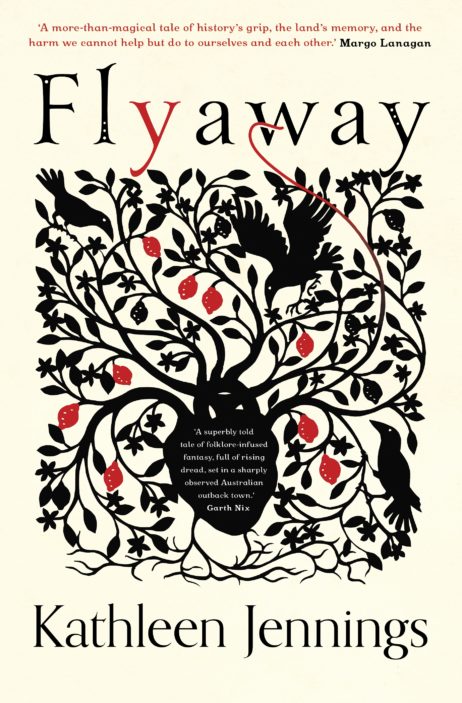 You’re also known for your illustration work – did any of those skills carry over into your writing?

There’s a lot of training in observation, surfaces, texture, tone, and light that goes along with being an illustrator — even in my heavily stylised, silhouette-based style. That definitely gets into the writing (I can write things I can’t paint!). But it’s peculiarly different, too — most of the imagining happens in my head when I’m writing, and then I try to get that onto the page, whereas when I’m drawing a lot of the thinking and imagining and discovery is happening where the point of the pencil is in contact with the page, and I see it as it emerges.

As it turns out, this, along with the fact that I often approach illustration as commentary, complicated the process of illustrating my own work quite a bit.

But I also think writers can learn many aspects of narrative craft from illustrators. Taking the time to sit with an illustration and look for all the storytelling techniques in it can be illumination.

Flyaway comes out at a pretty bizarre time, with closures and restrictions all over. How has it been for you, releasing it during a pandemic?

I was worried I wouldn’t celebrate the release “properly”, but then I was horribly ill on release date and had to get the Covid test, and in consequence feel absolved of all responsibility in that regard.

But seriously, while it was worrying and disappointing to begin with, there are so many writers in the same position that it’s impossible to take it personally, and suddenly I’m able to have events online and talk to people from all over, and that’s been really lovely. I’ve been able to spend time on local bookstores, and people have been ordering signed copies through them, which is nice for everyone! I’ve been able to focus more on readers and talking to them (no-one told me how many more people read books than short stories!) and finding kindred spirits.

What’s next for you?

Oh, all sorts of things! There are a few manuscripts and pitches on people’s desks (or about to be, depending on when this is published!), and I’m doing a creative writing PhD at UQ at the moment working on a big mythic fantasy project — and I have a few more short stories coming out later this year.

I’m also working on many illustration projects for some favourite writers, including Angela Slatter’s collection The Tallow-Wife and other Tales and Juliet Marillier’s collection Mother Thorn, both of which should be coming out later this year.

And, finally where can we find more from you? (Picture or prose, of course!)

I post quite frequently about stories and art process and (currently) observation journals and creativity over at tanaudel.wordpress.com, which also has links with details on stories, my portfolio, places to buy prints, and so forth. And for people who like to directly support the arts, I have a number of patrons over at patreon.com/tanaudel, who at various levels get early access to illustrated calendars, sneak-peeks of work in progress, and occasional short illustrated stories. I’m also on twitter far too much at twitter.com/tanaudel, and post snippets of sketches on Instagram at instagram.com/tanaudel.

Our thanks to Kathleen for her time!

Flyaway is out now, published through Pan Macmillan. Order your copy of the book from Booktopia HERE.