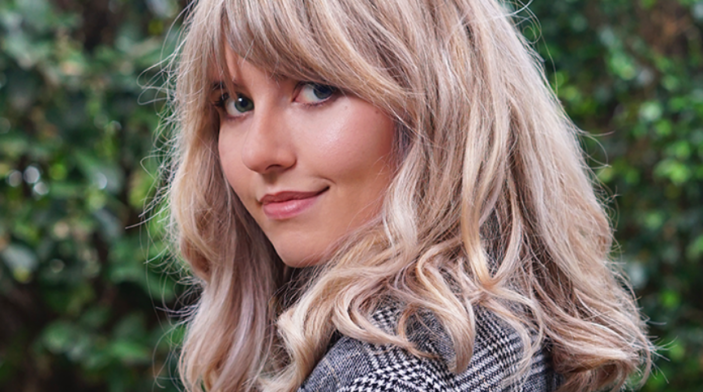 There’s just a few weeks to go until the release of The Ninth Sorceress, the debut novel from author Bonnie Wynne. We were lucky enough to grab five minutes with her in the (very busy) run up to release day!

First of all, can you tell us what The Ninth Sorceress is all about? (No spoilers of course!)

Always tough to sum up a book in a few sentences, but I’ll give it a go! The Ninth Sorceress follows Gwyn, an apprentice herbalist who’s spent her life hidden away like a dark secret. But when she finds herself marked out by a goddess and pursued by wizards of the Syndicate, Gwyn must step out of the shadows and take charge of her destiny – even if the price is her own soul.

How are you feeling in the run up to the launch?

A mix of nerves and excitement, for sure. On one hand, seeing my book making its way to readers is a dream come true. It makes me so happy to hear that someone has read The Ninth Sorceress and enjoyed it.

But I’m super busy as well – there are so many moving parts with a book launch, so many blog posts and newsletters to prepare, and my inbox is a mess with all the emails I haven’t answered. Over a year of prepping, and it all comes down to this. No pressure or anything!

From the acknowledgements, it’s clear Gwyn and her story have been floating around in your head for a long time! Where did it all begin? Can you tell us a little about the process from those first ideas to here?

Back in high school I used to draw Gwyn all over my notebooks (much to my teachers’ annoyance). I wasn’t quite sure what her story was yet, but I had a real sense of her as a person.

From there, the book kind of wrote itself. I came up with the world very early in the process, so it was just a matter of finding where Gwyn fit into that world. I just knew she was someone very magically gifted; someone struggling with the weight of destiny and finding her place in that world.

So I started writing without much of a plan, and let the story just emerge naturally. Of course, that meant years of trying different directions, teasing out the ideas that worked, deleting the parts that sucked… it would have been much faster if I’d figured out the story before I started writing the book!

The world-building throughout The Ninth Sorceress is fantastic. How did you approach it?

So glad you enjoyed it! I love world-building – it’s probably my favourite thing about the fantasy genre. When I’m world-building I get to mash together all the stupid, random things I know about history and science and botany and geography and politics and architecture… It’s great!

In terms of creating this world, I planned out the broad strokes before I started writing anything – the world map, the countries, the climate, the basic politics. For the more granular stuff, I tend to create it as I go along. So when characters visit a place, I spend some time thinking about what the buildings look like, what the people are like, what they eat, how they live, etc. I try to strike a balance. It’s easy to get so caught up in the world-building that you forget to actually write the book. 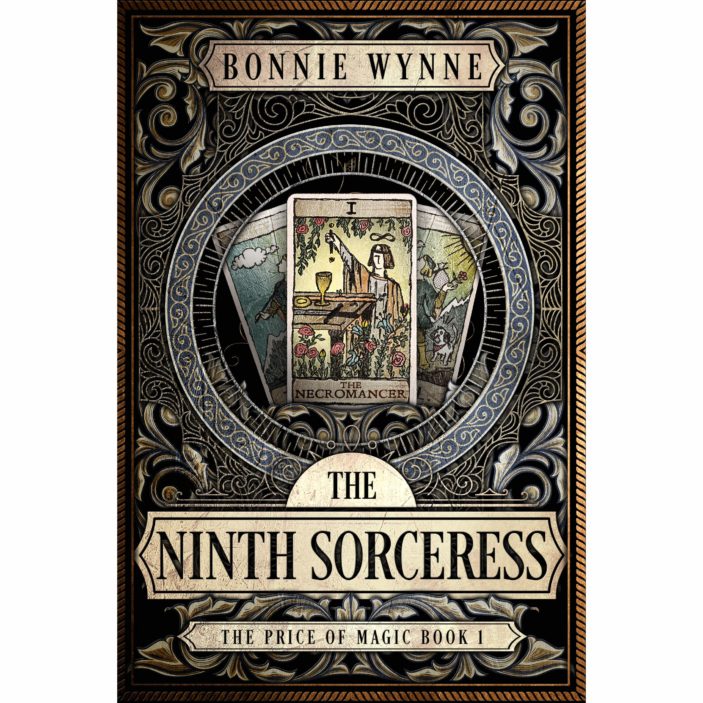 Tell us a little about the book’s cover – it’s simply stunning! Who was behind the design?

Thank you! I love it too. The Talem team handled that side of things, which was great because I really had no idea what I wanted for the cover. We spent so long brainstorming, going back and forth on ideas, communicating with the artists… The process was way more complicated than I would have expected. The end result was totally worth it, though. I may be biased, but I think it looks amazing! I can’t wait to see everyone’s gorgeous #bookstagram shots.

What’s it been like working with the team at Talem Press? How does it feel to see Gwyn joining the ranks of their other female led works?

Working with the Talem guys has been a dream. One of the benefits of working with a small press is that they really invest in their authors. I’m not just one of a hundred books they have coming out this year, so I get lots of personalised attention (and I need a lot of attention because I’m a nightmare).

What I really love about Talem is, as you mentioned, the focus on female-led stories. I’m so excited for Gwyn to join this family of kick-butt female protagonists. When I was growing up, fantasy was still a bit of a boys’ club, with lots of burly heroes and skimpily clad maidens. The same was true for the authors. There were a few superstars like Robin Hobb and Tamora Pierce and Isobelle Carmody, but there wasn’t the same diversity we’re seeing now. I’m very happy to be part of the growing wave of female-driven fantasy fiction.

You have a law degree from the University of Sydney and now work for the Australian government, surrounded by ancient law tomes. Has anything you’ve learned from that passed over into your writing?

I think studying the law teaches you to be very detail-oriented and very specific, which are great things to bring to your creative writing. Whenever I’m asked for writing tips, the first thing I say is ‘be specific.’ Never say ‘soup’ when you mean ‘borscht’!

I also have to do a lot of research in my job. Mostly about obscure tax laws. None of that stuff makes it into my books (thank goodness!), but I use the same skill set when I’m trying to find out, for example, how 17th century plumbing worked, or how much deadly nightshade it would take to kill a grown adult.

And, lastly, what’s next for you? (Other than delving into the next instalment, of course!) Any plans for a book launch?

I’m doing a book launch on February 15th, at Better Read Than Dead bookstore in Newtown, Sydney. I’ll be giving a little speech (eek) and signing books for whoever wants one.

After that, it’s straight back into the writing! I’m handing in my draft for Book 2 very soon, and I’ve already started work on Book 3. At the same time, I’m juggling my day job and trying to plan some travel for later in the year. So I think 2020 is going to be a busy one for me!