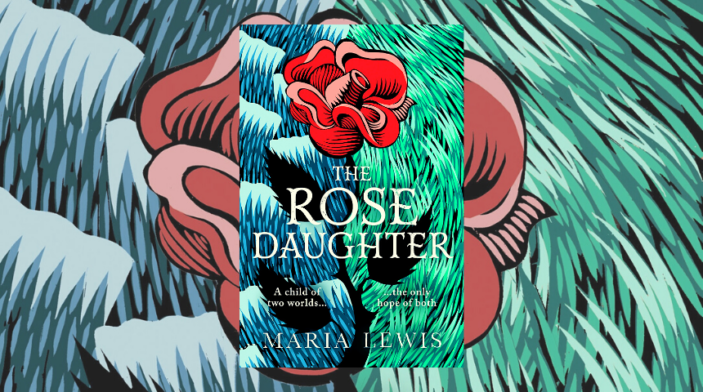 Dreckly Jones lives by one core rule. Don’t be a hero. She wouldn’t have lived this long without it – and as a 140-something year old sprite that shouldn’t have existed in the first place, that’s no mean feat.

But when a group of supernatural beings come to her, begging for help, her resolve is tested. There’s safety in solitude, that much is true, but if what werewolf Ben and his cohorts have to say is true, Dreckly might be in danger regardless.

The question is, is it worth the risk?

I started reading The Rose Daughter and, a few pages in, I could have kicked myself. Why on earth had I waited so long to immerse myself in Maria Lewis‘ writing? Working my way through the tale of Dreckly Jones, it felt as if Dreckly herself was making it her mission to tick all my boxes.

Add to that a few tear jerker moments (I’m a sucker for a found family narrative), enticing nods to Lewis’ fantasy universe at large, and a flashbacks to a past involving lost loves, wartime spies, and Clara Bow, and I was beyond sold. There’s a Scott Pilgrim vs The World reference, for crying out loud – what’s not to love?

Skilfully presenting fantasy and folklore in a very modern setting, Lewis’ writing is fast-paced, clever, and inclusive. The character development is strong too, as chapters laying out Dreckly’s painful past explain her present, and why she’s so reluctant to let herself connect with anyone again.

Though it’s part of an interconnected fantasy universe, The Rose Daughter never makes you feel left behind for only showing up at book seven (guilty as charged). With Lewis’ phenomenal, yet unobtrusive, world-building, Dreckly’s tale holds strong as a standalone, meaning you never need to go out and purchase its predecessors – but you’ll definitely want to!

Boasting a compelling lead, an exciting plot, and an outrageously sexy werewolf, The Rose Daughter is an absolute joy to read. Come for the story, stay for the Josie & The Pussycats jokes.

Maria Lewis’ The Rose Daughter is out now, published by Hachette. Grab yourself a copy from Booktopia HERE.