Book Review: The Ghost of Gracie Flynn is a literary ghost story with a bittersweet twist 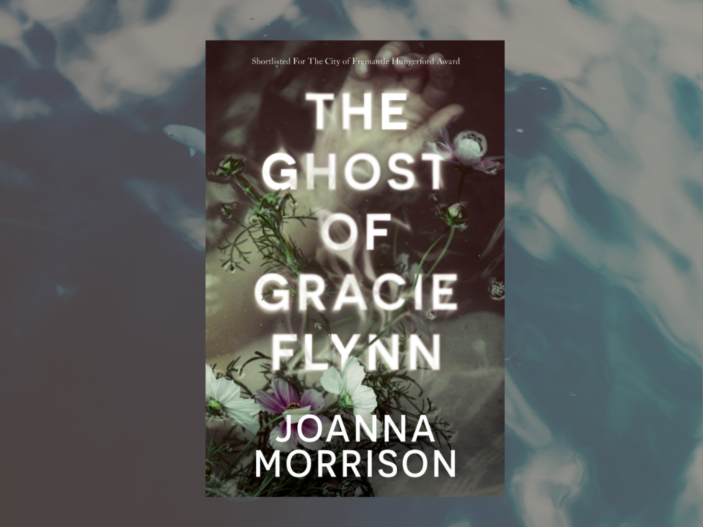 There are echoes of The Lovely Bones in Joanna Morrison’s debut novel, The Ghost of Gracie Flynn. Narrated by Gracie, the story is told as if her ghost is talking directly to the infant daughter of one of Gracie’s university friends, Sam.

Gracie, Sam, Robyn and Cohen were a tight knit foursome, once upon a time, but since Gracie’s death, the other three have drifted apart. Now, in present day, chance reunites the surviving three. Unknown to them, Gracie watches on.

Sam, once a popular surfy type who wasn’t to be tied down, is now a husband and father as well as a bestselling novelist. Cohen, who was Gracie’s boyfriend, is now married to a successful influencer and lives in a waterfront mansion in Perth’s lush western suburbs. Robyn is a journalist who returns home for a break after covering war zones and natural disasters. The three reunite, and their thoughts turn to Gracie and to the old hurts that have never been resolved from that time.

The book follows two storylines; one, the story of their friendship and Gracie’s death; the other, the story of their rekindled relationship and the events leading up to the death of another member of the quartet. Whether or not the two deaths are linked, the reader will have to find out for themselves.

While the book is described as a crime novel, it reads to me more like literary fiction; and the emphasis is on the characters rather than on discovering whodunnit. If there is to be a detective figure among the cast, that role falls to Robyn, whose journalistic instincts kick in when she witnesses key parts of the puzzle. But only Gracie sees the full picture, and it is only because of her narration that the reader can have any kind of resolution at all. For the characters, as in life, there are some answers that remain just out of their reach as the final page is turned.

The Ghost of Gracie Flynn is full of vivid settings which will be recognisable to Perth-based readers, such as the Dalkeith/ Mosman Park foreshore, Mojo’s Bar in North Fremantle, the Pleasure Gardens at Fringe Festival, the University of WA and Yallingup beach. Morrison is also adept at capturing the bittersweet nostalgia of being at university for the first time; making friends, falling in love, deciding what you want to do with the rest of your life.

Reading this book has the feel of ambling around Perth on a hot summer day, and that makes it the perfect read for this time of year. That, plus the compelling mystery and beautiful writing make the novel near impossible to put down. I devoured it in an evening. There is no wonder that this book was shortlisted for the 2020 TAG Hungerford Award, and I look forward to more books from Joanna Morrison.

Joanna Morrison’s The Ghost of Gracie Flynn is available through Fremantle Press. Grab yourself a copy from Booktopia HERE.