Book Review: Past, present, and Australiana come under the microscope in Evelyn Araluen’s Dropbear 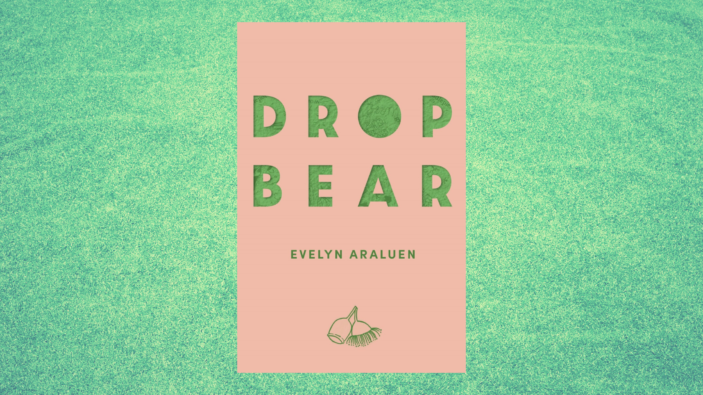 Poetry and prose, critique and compassion all come together in Dropbear, the debut collection from award-winning writer, poet and editor Evelyn Araluen. It’s a remarkable collection; smart, thoughtful and articulate. To put it frankly, it comes as a surprise that this is Araluen’s debut book.

Dropbear explores the imagery and mythology surrounding popular ideas of Australia. At its heart, it is satire, but the book is also an important critique, and Araluen explores the ways in which texts (from literature to songs to film) have helped to form a national identity which is rooted in Australia’s white, colonial past.

Whilst much of Dropbear explores Australia’s history, the work has also been influenced by the events of 2020. Araluen writes about the devastating bushfires of January 2020, and then the pandemic that followed. “Pyro”, “Home, After The Fire”, and “The Inevitable Pandemic Poem” are amongst some of the collection’s most affecting pieces, in part due to their immediacy.

Dropbear is a book with a lot of variety. There’s poetry, there’s short essays, and prose. Even within the poetry there’s variation, with Araluen working across a range of forms and styles— some more experimental than others. This can prove to be a challenge at times. It took me a few readings of the opening poem “Gather” to work out its meaning.

The collection is also full of references and nods to the ‘genre’ of Australiana, including mainstays such as Banjo Paterson, Henry Lawson, May Gibbs and Crocodile Dundee amongst others. Having not grown up in Australia, or been exposed to a lot of these texts, I will admit that the potency of Araluen’s critiques and arguments were somewhat lost on me. That said, there was no disputing the quality of their presentation. I could appreciate the style, and the use of intertextuality, even if I maybe didn’t get every single reference.

Dropbear is a wonderful debut release from one of Australia’s finest new writers. It’s a collection that would sit comfortably on the shelves of many readers, but also one, that would be well-suited to university reading lists. It’s articulate, sometimes funny, sometimes moving, and often powerful.

Dropbear by Evelyn Araluen is out now, from University of Queensland Press. Grab yourself a copy from Booktopia HERE.