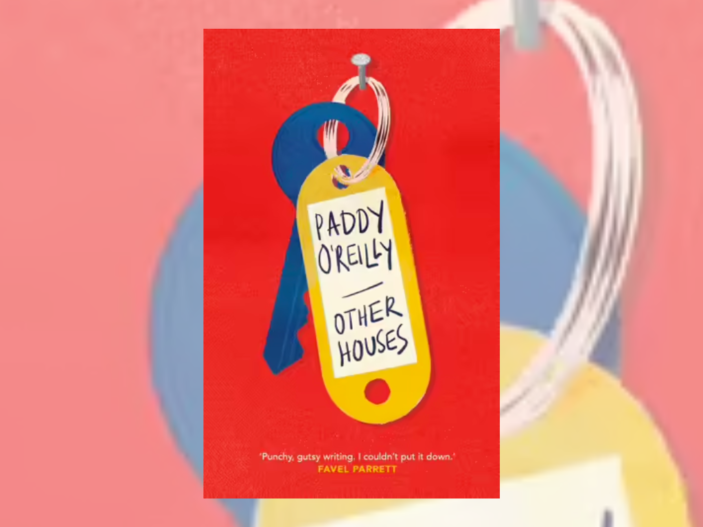 In Other Houses, the fourth novel by Melbourne-based writer Paddy O’Reilly, working class Australia takes centre stage. The novel follows Lily, a housecleaner who works in the inner suburbs of Melbourne to make sure that her daughter, Jewelee, has a good life. Jewelee was a wild child once, in and out of trouble with the law; but when Lily met Janks, all that changed. They are a family, they are making do, and things look like they might finally be good. Not great, but good. Then, Janks disappears. As the novel opens, Lily is looking for Janks, and hoping against hope that he hasn’t gone back to his old ways of drug use and crime.

The novel is told mostly from Lily’s point of view as she goes through her weekly routines, cleaning the houses for regular customers whose odd idiosyncrasies and prejudices definitely do not go unnoticed by Lily and her wickedly funny partner, Shannon. Shannon’s sense of humour is a balm to the constant worrying of Lily, who has more and more to be anxious about as the book wears on.

Each client is known to the women by some defining characteristic of the clean, such as the lawyer who will not trust them with a key to his house but instead ‘penguin walks’ down the street from his office to let them in, and seems almost absurdly interested in his ‘floppy’ cats. There is also a house full of chrome surfaces that show off children’s fingerprints, a house where the women are especially instructed to leave a smell of bleach in the bathroom belonging to the teenaged stepdaughter, and a house belonging to an older woman who cleans up before the cleaners arrive, ashamed of her own mess. In between these cleaning visits, Lily searches for her partner on the streets, online and at dangerous bikie bars, and the more she searches, the more convinced she becomes that he was up to no good.

In actuality, she’s only half-right. Janks’ point of view is also included in the novel, showing his desperate attempts to get home after being abducted by a dangerous friend from the past and forced to make a drug run over the border. His phone and wallet taken from him, Janks has no way of letting the women know where he is, and his only choice is to do as he’s asked in the hopes that he might be able to get home.

Some might classify the characters in Other Houses as ‘bogans’, but while they are largely missing in Australian literature, they certainly aren’t absent from real life. The rising cost of living means that it’s harder and harder for working class Australians to get by, and Lily’s life represents the reality for many people. Her constant striving to give her daughter a better life – and efforts on Janks’ behalf to give her a great one, no matter what it might cost him – lead them both into compromising and sometimes downright dangerous situations where the line between right and wrong is blurred.

The novel asks if it’s ever okay to do the wrong thing even if you do it out of sheer necessity, and begs the question of who defines the ideas of right and wrong in the first place. The haves are not always dictating such rules from places of moral superiority, simply from nicer houses, and as we all know, people in glass houses shouldn’t throw stones. Ironically, the nicest house on Lily’s cleaning roster – her dream house – is literally made of glass and surrounded by sunlit windows.

Other Houses is frequently funny, particularly in moments where Shannon and Lily are able to construct lavish inner lives for their clients (the spoilt rich children who trash their parents’ house; the accountant who probably does dodgy work for the mob); and it is these moments of giving power back to otherwise invisible cleaning women that the novel really shines. It was these moments, rather than the central plot of the novel that made it an enjoyable read.

Unfortunately, the conclusion to the novel’s central question was unsatisfying in its abruptness, leading me to the conclusion that it should probably have either been a much longer book, or a short story. I was unsurprised to learn that part of the book had begun its life that way.

Other Houses by Paddy O’Reilly is available now from Affirm Press. Get your copy from Booktopia HERE.