Book Review: All that dazzles is Dior in Natasha Lester’s latest hit novel 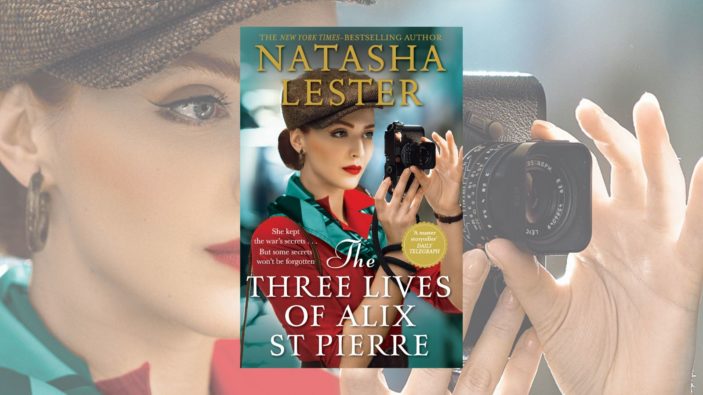 The Three Lives of Alix St Pierre treads familiar territory for seasoned Natasha Lester readers, namely the streets of Paris during and immediately after the Second World War.

The novel opens with Alix about to leave her Swiss finishing school to pursue her dream of working in fashion. She is devastated to leave her closest friend, Lillie, behind her. But Alix has always been a self-made woman. After her parents’ deaths, she was reluctantly adopted by Lillie’s wealthy family.

Alix has always lived by her own hard work. She travels to Paris and talks herself into a job with legendary fashion magazine editor, Carmel Snow. And the rest, as they say, is history…

It is, however, little known history, which is what I admire most about Natasha Lester’s most recent novels. Though she stays in familiar settings and all her novels feel like they belong to the same version of the world, Lester is always finding new ways to explore the intersection between fashion and history.

This time, the novel follows two interlocking timelines — that of Alix during the war, when she worked in Northern Italy as an OSS agent, and that of Alix after the war when she becomes head of PR at the newly created Maison Christian Dior. These three Alixes — the child alone, the spy and the hardened PR agent — are the eponymous three lives of the title. And yet, marvellously, they are all one Alix, a heroine who is rational and glamorous and downright spunky.

Alongside Alix are a cast of typically swoon-worthy Natasha Lester leading men, including Anthony March. From the moment he and Alix get off on the wrong foot at their first meeting, it’s obvious they have the right chemistry. Even the man’s name is sexy. As he and our leading lady verbally spar over drinks, it’s clear that something is going to happen between them and as a reader, I couldn’t wait.

While in some of Lester’s earlier historical fiction novels, the romantic elements of the books faded into the background behind the historical detail, now I pick up her books for the sizzle factor and get a bonus history lesson. Don’t get me wrong, these books are more sweet than they are spicy, but there’s certainly something there.

If you’ve loved Lester’s recent novels like last year’s The Riviera House or if you’re a fan of writers like Madeline Martin and Kate Quinn, definitely add this one to your reading list. It’s a rollicking rollercoaster of a read and I couldn’t put it down.

The Three Lives of Alix St Pierre by Natasha Lester is out now from Hachette. Get yourself a copy from Booktopia HERE.