Book Review: My Heart is a Little Wild Thing is a gentle tale of obligation and desire 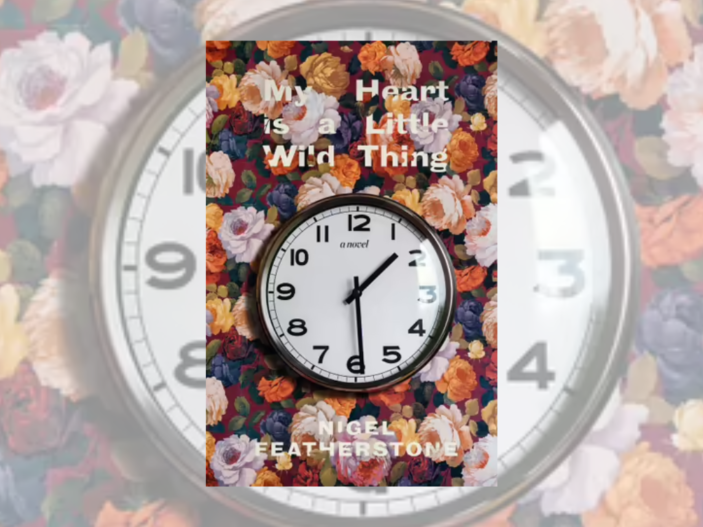 My Heart is a Little Wild Thing is the sophomore novel from Australian writer, Nigel Featherstone. It is the story of Patrick, the beleaguered youngest son of a family from country New South Wales who has suppressed his own needs and desires for most of his life. Now the only member of his family in close proximity, the increasing neediness of his mother means that Patrick is pulled between familial duty and a yearning to live his own life.

At the beginning of the book, Patrick reaches a tipping point, when his mother’s need for attention causes his holiday plans to derail. The novel begins, “The day after I tried to kill my mother, I tossed some clothes, a pair of hiking boots, a baseball cap and a few toiletries into my backpack and left at dawn.”

Tried to kill is perhaps a bit dramatic – as it turns out, Patrick has thrown a clock at his mother in a moment of frustration, but the act is enough to shock them both, and Patrick leaves town for a few days to return to the location of childhood summer camping trips.

There he meets Lewis and the two of them share an instant connection. It is hard to say from my vantage point as reader if Patrick’s attraction to Lewis is about Lewis himself or simply because he is the first available man Patrick meets in his newfound freedom.

The narrative style of the book, told as if Patrick is looking back on this time, reveals Patrick to be a fairly unemotional, laced up sort of person, and as he explores his emotional and sexual ties to Lewis out in the middle of nowhere, we also learn some things about his past. Patrick’s sexuality is something that he has been assured of for a long time, but there is also an undercurrent of shame and distancing that I am not even sure Patrick is supposed to be aware of. There seem to be two Patricks: Patrick the dutiful son and Patrick the lover; with both sides of the character’s psyche battling for dominance.

This book won’t be for everyone. It is at once a quiet, literary novel, and a sexually explicit novel of love and lust. Patrick’s own repressed nature means that the narrative always seems to be holding the reader at arm’s length – letting them in to the story without fully letting them in to the emotional truths that underpin it. It is a more subdued novel than Featherstone’s debut, Bodies of Men, which explored some similar themes in an historical context.

At times, I struggled to know basic details about this novel such as when it was set or how old our main character was. But, Featherstone evokes setting beautifully, and I loved the way that he built the character of Lewis from the outside. The portrait of family life, then and now, builds over the course of the book too, and the sense of nostalgia that this brought with it.

My Heart is a Little Wild Thing by Nigel Featherstone is available now from Ultimo Press. Grab your copy from Booktopia HERE.