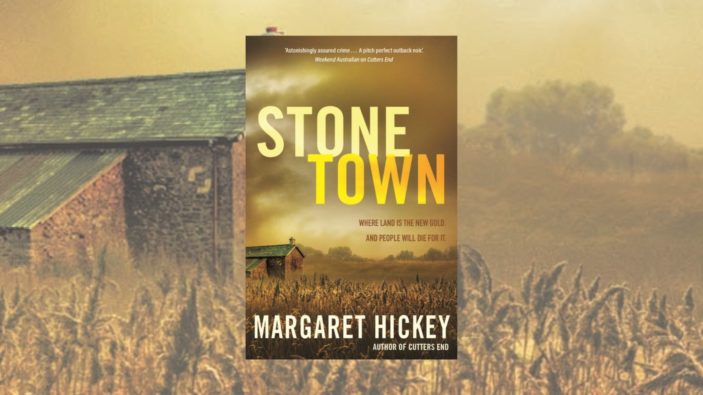 Ariti has moved back to his home town near the historic gold rush-era Stone Town and is working as the local police officer. Three teenagers have just discovered the body of Aidan Sleeth, a local property developer, in the mineshaft-filled bush of Stone Town, with half his head blown off by a shotgun.

Many in the town are unsurprised that Sleeth has turned up dead; his recent purchase of a section of the bush land for housing development rubbed many locals the wrong way. Was he killed by members of the co-op that own the rest of the bush blocks? Or did he do a dodgy deal that got him murdered?

Added to Ariti’s stress is the ongoing search for DS Natalie Whitsed, whose recent disappearance has gripped the nation, and fellow police officers in particular. Whitsed was investigating the wife of big city crime boss Tony Scopelliti, currently serving time in jail but uncannily informed about the movements of police and investigators. Ariti’s boss asks him to keep an eye on the two city Homicide detectives sent to help investigate Sleeth’s murder, who are both also working the Whitsed disappearance with unerring intensity.

This novel takes the murder mystery plot elements of well-known Aussie rural thrillers like The Dry and slows the pace down, adding a noir-ish, almost dread-tinged atmosphere to the town and Ariti’s search for the killer. Ariti has only recently moved back to the area after his divorce and then his mother’s death.

He’s living in his childhood home and processing the grief of her passing and his life that is so recently turned upside down. He juggles his job with visiting his two sons in the city on weekends and holidays, adjusting to being apart from them for long stretches of time. These aspects of his life build a well-rounded character, one that understands not every family structure is straightforward, not every reluctant witness is guilty; and that not every broken law is unwarranted.

One of the most compelling themes of the story, running alongside the investigations into the murder and the disappearance, is the tension between Ariti’s duties as a police officer and his relationship and connection to the town. In an early scene he speaks to the teenagers who discovered Sleeth’s body, and pretends not to know that one of them is driving their neighbour home to the next farm, despite being only fifteen. Later he questions an older woman who claims to know who killed Sleeth, a woman who watched him grow up and was close with his mother for decades. He knows the people of the area, he understands their backgrounds and situations and tragedies, and he knows that there are grey areas to the law that need to be navigated when you’re also part of a community. But making those calls is difficult, and he often doubts his decisions.

This is a slow burning Australian rural thriller with a well-rounded protagonist, and a story that slowly builds to a satisfactory ending.

Stone Town by Margaret Hickey is available from Penguin Australia. Grab yourself a copy from Booktopia HERE.