Book Review: The Ballroom Murder shines a light on one of Perth’s most fascinating murder trials 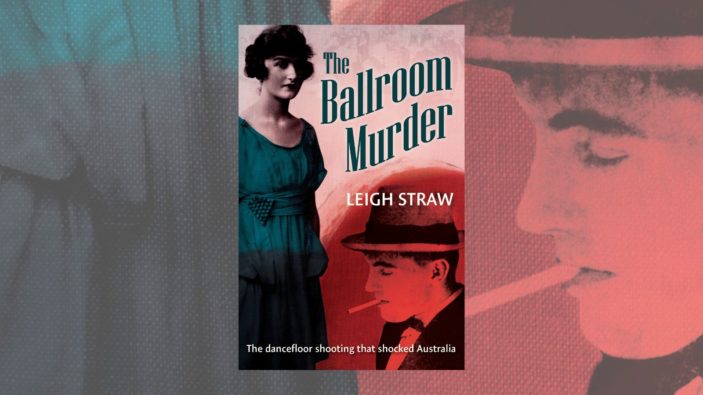 In 1925, Perth woman Audrey Jacob shot dead her former fiance, Cyril Gidley in the middle of the ballroom at Government House in front of hundreds of witnesses. Yet she did not go to jail for her crime.

Now, almost one hundred years later, historian and author Leigh Straw has delved into this case for her latest book, examining the mitigating factors which might have led to this extraordinary outcome. The book is The Ballroom Murder, the latest true crime offering from Fremantle Press. A short book, but a compelling one, that comes shortly after renewed media interest in the case following coverage on ABC Radio in 2020.

The Ballroom Murder comes in at just under one hundred and fifty pages plus footnotes. This is something that works in Straw’s favour, however, as the book does not seem to get too weighed down by unnecessary information about bit players in the case.

Beginning with an account of the night in question, the book uses narrative flair to paint a picture of the costume ball and the crime that interrupted it. From there, it follows the trial of Audrey Jacobs, looking into the arguments presented by both sides.

It is a book which raises the question: is it ever understandable for someone to kill? and calls into question the victim’s “innocence.” Straw’s investigation reveals that the deceased, Gidley, may well have been controlling and emotionally abusive towards Jacobs and her family, and while the author never overtly argues that he deserved what he got, the reader will certainly find themselves feeling for Audrey rather than Cyril as more and more information comes to light.

Importantly, however, the author does draw attention to the fact that the deceased is not given the opportunity to speak for himself, and that as a result, he is not given the chance to defend himself against the accusations that are made against him. Though it is Audrey who is facing trial throughout the majority of this account, it certainly feels as if Cyril is the one facing charges.

Curiously, while Audrey comes off as the injured party, it’s hard to say that we as the reader get a real sense of who she was. Rather, we get the public record version of her, a girl who may have been a bit loose with her morals by 1925s standards, a flapper, a girl from a complicated family background who had a number of fiances and male friends, and who seemed to spend a lot of time visiting men on the boats that docked in Fremantle. But, I never felt as if I knew Audrey, and while I felt that Cyril had probably acted wrongly towards her, I can’t say that she was a ‘strong heroine’ to relate to. Then again, this is a book of history and not a novel.

There were a few minor proof reading issues with the book, such as involved parties’ names being spelt three different ways across two pages, but these hardly deterred from my enjoyment of the book. It was exactly as long as it needed to be and added to a story I had already been peripherally aware of from the recent radio stories. I wouldn’t be surprised if this isn’t the last fictional account of the Cyril Gidley murder, but as far as the first goes, it was very well done.

Leigh Straw’s The Ballroom Murder is out now, published by Fremantle Press. Grab yourself a copy from Booktopia HERE.