Book Review: Katherine J. Chen extracts the woman from the myth in her second novel, Joan 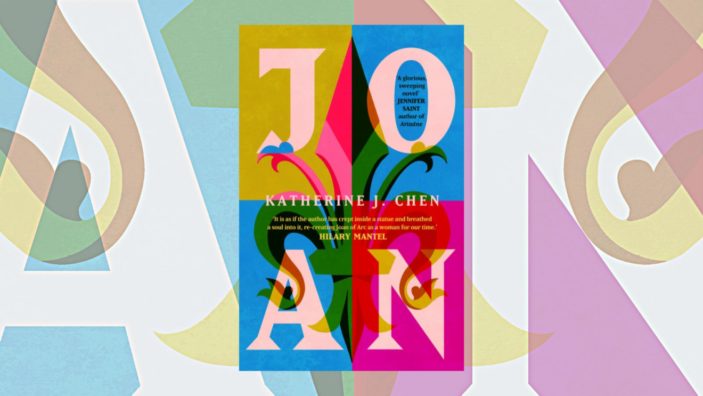 Katherine J. Chen’s second novel, Joan, a feminist reimagining of Joan of Arc, is surprisingly absent of religious fervour. She acknowledges that her Joan is a departure from the history in her author’s note, but also makes a conscious effort throughout the novel to draw attention to the mythologising of this figure throughout history.

Given that the real Joan of Arc lived centuries and centuries ago, who is to say that any of what we think we know about the seventeen year old from Domremy is any more real than Chen’s warrior version? Historical accuracy aside, Joan is a fascinating literary character study – and a book which may well make its way onto many prize longlists in the months to come.

The book begins when Joan is ten, and collecting the best stones for her brother and his friends to lob at their rivals from a neighbouring Burgundian town. During the play battle, a young boy named Guillaume is killed when he falls and hits his head. Joan rushes to his side to make sure he does not die alone and discovers that though she handed this boy the most choice of the missiles she’d collected, he hadn’t thrown a single one. This idea that just because one has a good weapon, it does not mean that violence is the only way to solve problems, runs through the novel; and Joan often finds herself thinking of the seven year old boy who died throughout the next seven years of her own life.

The context of Joan’s life is one of political turmoil in France, albeit somewhat removed from her provincial life in Domremy, where her father lets out land for people to feed their pigs on at an exorbitant price. Joan is the unwanted second daughter of Jacques D’Arc, who wagered that she would be his fourth son and lost. She is not beautiful like her older sister Catherine and is in fact, big, strong and quite masculine both in habits and appearance. This is not enough to satisfy Jacques, who beats Joan every chance he can get while her mother does nothing to stop him.

Joan takes refuge in her friendship with her Knight Errant Uncle and her love for her sister, and keeps busy by being of use wherever she can all over the village. After a family tragedy, Joan leaves Domremy and begins to make history as a legendary warrior, leading an army to break the Siege of Orleans on behalf of the Dauphin.

Joan’s rise as a symbol amongst the French Army is cleverly documented in a number of scenes, and her relationship with the Dauphin first as subject, then as friend, and then finally as a sort of rival progresses naturally without any sense of the author trying to show off.

The book has a pull quote on its blurb by Hilary Mantel, and I think this is apt, as Chen writes history in an embedded manner that is evocative of Mantel’s Cromwell in the Wolf Hall trilogy. Joan is a character who has no sense of her own significance to come – to write history without a sort of knowing wink at the future is an achievement indeed, and allows more space for the reader to interpret things for themselves.

If you’re a fan of immersive historical experiences, beautiful prose and characters who will stay with you, then don’t miss Joan. I look forward to reading more by Katherine J. Chen in the future.

Joan by Katherine J. Chen is out now from Hodder and Stoughton. Get yourself a copy from Booktopia HERE.