Book Review: Katherine Brabon’s The Shut Ins is a subtle take on a different kind of social isolation 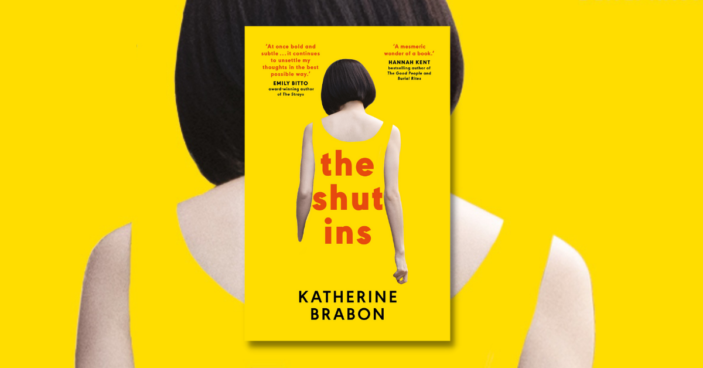 The Shut Ins – the second novel from 2016 Vogel Award winner, Katherine Brabon – takes its readers to Japan, pre-pandemic but post tsunami, and is a meditation on the all too timely and relevant themes of loneliness and isolation. Using a frame narrative of an Australian writer travelling Japan and feeling increasingly disconnected from the world, the novel is positioned as if this unnamed narrator has collected the four other points of view and is reporting them for some unknown purpose.

The first point of view is that of Mai Takeda – presumably the ‘M’ referred to in the framing sections, whom the narrator has met in Melbourne. ‘M’ is the narrator’s introduction to the Japanese concept of longing for ‘the other side’ (achiragawa), a concept which will be familiar to those who are fans of the work of Murakami. Mai is a young woman who has only recently married and is now struggling with the realities of what it means to be someone’s wife.

It’s never totally clear why she has married her husband, J, in the first place. He seems to be demanding, rude and inconsiderate, and Mai bears no special longing to be a housewife or a mother. After a chance meeting with the mother of an old schoolfriend, Mai becomes a ‘rental sister’. Hikaru, who went to high school with Mai, has ‘dropped out’ of society and become a hikikomori, refusing to leave his room or participate in ‘normal life.’ It is this semi-contact with Hikaru that sets Mai’s life on a new course.

Interspersed with other sections in which the fictional version of the author dissects her thinking around the book’s creation, the next sections of the book are told from the points of view of Sadako, a hostess who spends time with Mai’s husband J; Hiromi Sato, who is Hikaru’s mother; and Hikaru himself. All of them shed some light on the character of Mai, who at this point in the book has gone missing. Her absence in the book is both figurative and literal, and the reader is left to fill in the gaps about what might have happened to her.

All of these characters feel lonely and disconnected from the world in some way. Their loneliness, however, manifests in different forms, and in some cases, emphasises the flip side of this – our need for connection with others. That this didn’t resonate with me leaves me wondering if perhaps we’ve all had a little too much isolation lately for this to feel as profound as it could have.

The inclusion of the frame narrative almost read like the author’s notes as she worked her way around what she was going to write next. I would have almost preferred less of this and more from the characters themselves. Except that these frame stories gave some context to why the writer had chosen to write from the points of view of Japanese characters. This attempt at some kind of auto-fiction did not quite hit its mark for me, but it did add a layer to the novel.

There is a distance to the prose of The Shut Ins that makes it feel almost translated. The sections told from the points of view of the Japanese characters use very formal language, and at times, the order of words in a sentence, while technically correct, feels stilted, and kept me wondering about Brabon’s own relationship to Japan, and whether it was exactly what was included in the frame stories, or if that was all invention.

At times, the style lends itself to large expository passages, or long sections where the character is thinking something through. This is a contemplative novel that dwells on deep concepts; therefore, it is naturally character driven rather than being heavy on plot. Each section works almost like a short story in the slice of life style, but the lack of any resolution may be frustrating to some readers. I think, however, it has been written out of a deep study of Japanese literature, and Murakami in particular, and will appeal to readers who enjoy his work.

Katherine Brabon’s The Shut Ins is available now from Allen and Unwin. Get yourself a copy from Booktopia HERE.