Book Review: Karin Tanabe’s The Gilded Years explores the life of the first African American woman to graduate from Vassar 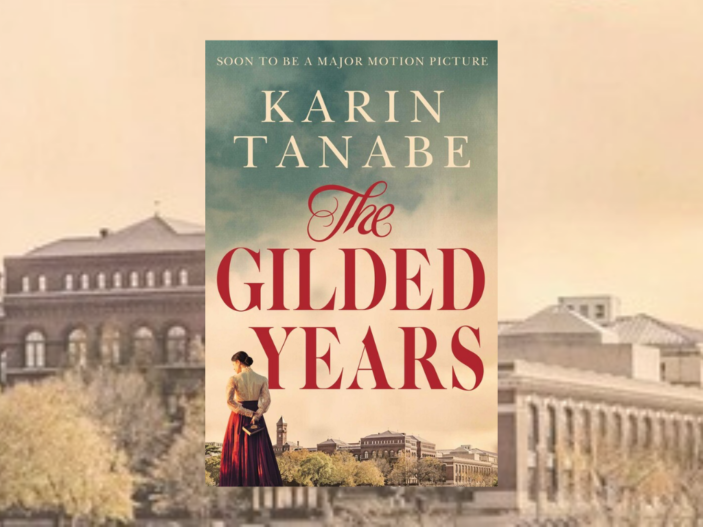 Fresh off the news that the novel is to be adapted into a film by Reese Witherspoon and Zendaya, Simon and Schuster have re-released Karin Tanabe‘s historical novel The Gilded Years in February 2022.

The Gilded Years is a fictionalisation of the true story of Anita Hemmings, the first African American woman to graduate from Vassar College in the class of 1897. Hemmings was able to attend the school by concealing her race and passing as white. It was only in her senior year that her secret was revealed, but due to her imminent graduation and her general good standing at the school, she was allowed to finish her degree. In the novel, Tanabe examines the final year of Hemmings’ time at Vassar, and in particular focuses on her friendship with the mercurial Louise ‘Lottie’ Taylor.

While the story is told in third person from Anita’s point of view, it becomes clear early on in the novel that the author’s true pre-occupation is with her room-mate, Lottie. Lottie is the kind of person who asks for forgiveness, rather than permission; thanks to her father’s deep pockets, this forgiveness is usually granted.

At times, the friendship between the two girls is reminiscent of the relationship between the two main characters in Ferrante’s My Brilliant Friend, where the narrator never truly feels that she receives friendship as much as she is expected to give it. This aspect of the novel is well done, especially as Lottie is frequently praising Anita for her intelligence, singing prowess and calling her ‘the class beauty’. The reader is able to sense right from the beginning that Anita never truly trusts Lottie to be a loyal friend. This is perhaps a by-product of her situation, as to let any person get too close to her could prove dangerous.

The difficultly with this novel, however, and what sets it apart from Ferrante, and other novels it might closely be compared to (such as The Vanishing Half by Brit Bennett or The House of Mirth by Edith Wharton) is that the writing lacks some polish. Early dialogue in the novel lacks flow, as it tries to explain both backstory and what is going on in the present scene quickly. Tanabe appears to have attempted to create the historical feel to her novel by choosing to have her characters speak using overly formal language, but the effect is to have them all sounding too wooden.

On top of this, Anita as a character is very hard to relate to. We are told over and over again what a paragon of virtue she is regarded as; how beautiful she is, and how wonderful her singing is. But, at no point does she seem to show interest in anything other than keeping up with her friends in ‘The Gatehouse Group’. Attempts are made to explain why she felt so passionately about attending Vassar that she would take the risk of passing as white, but I did not connect with Anita’s motivation at any point in the novel. The ending to her real story – hinted at in the book’s epilogue – was disappointing, if not surprising. Then again, this is based on history, and the author cannot really be blamed for that.

There was something about this novel that made me keep reading despite my disagreement with its style. Perhaps it was the intriguing plot – knowing that the school would find out, but not when or really how; knowing that it would be Lottie who would betray Anita and wondering what would cause her to do such a thing. It is easy to see why this source material would make an intriguing film. Indeed, this book has now put the movie on my radar and I will be keen to watch it when it is released. But the novel? Sorry to say that it wasn’t for me.

The Gilded Years by Karin Tanabe is out now from Simon and Schuster. Grab yourself a copy from Booktopia HERE.