Book Review: There’s a reason to be scared of your own shadow in Holly Black’s adult fantasy Book of Night 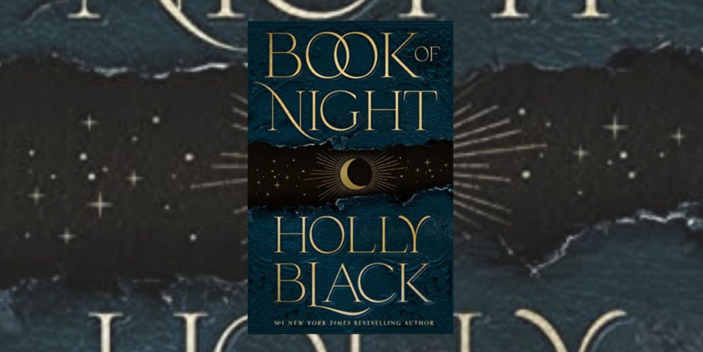 Holly Black breaks away from YA and into adult fiction in her latest novel Book of Night, a gritty urban fantasy about a woman who just can’t seem to stay out of trouble.

After a life of petty crime nearly gets her killed, Charlie Hall decides it’s time to go straight. But when she stumbles across a dead body, the client of her former boss, she can’t stem her curiosity. And, before long she’s caught up in the search for a book of magical secrets so powerful that someone is prepared to kill for it. With her shadowless boyfriend, Vince, wrapped in secrets, and her sister, Posie, desperate to attain a quickened shadow of her own, Charlie will be forced to face her past and her fears if she really wants to carve out a new future for herself.

Black’s first foray in adult fiction still holds all the stylistic elements of YA that make it so easily readable; but with darker tones and a focus on more adult issues. I was particularly drawn to the idea of Charlie’s desire to change course in her life, something she struggles to do as a lifetime of con-artist instincts kick in. At times it felt almost frustrating that she slipped back into old habits so easily; and yet breaking out of old habits is certainly something that many of us struggle with.

The story moves back and forth in time through alternating chapters. In the past, Charlie’s attempt to encourage her mother to break up with an abusive partner ends in her being blackmailed by her mother’s friend – an experienced conman who sees the young girl’s potential and ropes her into a life of crime. In the present, Charlie tries to make enough money to send her sister to college and ignores the more dubious parts of Vince’s story as she settles into a relationship that might, for the first time in her life, be good.

While the past timeline does move towards linking Charlie’s past with the search for the magical book, it doesn’t always feel like it’s directly linked to what’s happening in the intervening chapters. As a result, the first half of the book feels disjointed and the story moves slowly, spending large amounts of time setting the characters up.

The worldbuilding in this story is sometimes unclear and still leaves a lot of questions about how the manipulation of shadows impacts on day-to-day life. There are descriptions of different classes of gloamists (shadow magicians) and what different types of shadows can do; but I still felt unclear as to how it all fit together.

Likewise, it didn’t seem like shadows were being used or regulated in any particular way. Despite shadows being stolen and sold on the black market, or being cosmetically altered at the whim of those with the money to do so, there is little else to describe what impact the magic has on the people beyond superstition. Overall, I was left with more questions than answers when it came to how the world worked.

If you’re looking for an easy read with a dark and gritty feel and a mystery to solve, Book of Night will scratch your itch. But if you like more immersive fantasy worlds and quick-paced plots, this may not be the book for you.

Holly Black’s Book of Night is available now through Penguin. Grab yourself a copy from Booktopia.