Book Review: A rough coming of age is made bearable with tall tales in Diane Connell’s The Improbable Life of Ricky Bird 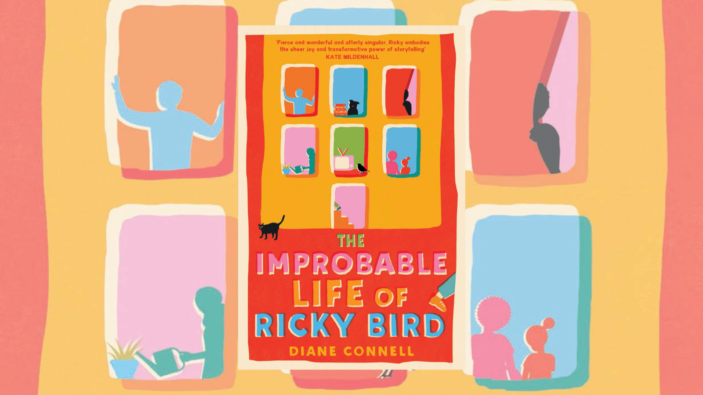 Diane Connell’s The Improbable Life of Ricky Bird is about twelve-year-old Ricky Bird, whose life is slowly but surely falling apart during the summer that she becomes a teenager. Her parents have separated and her mother is moving Ricky and her six-year-old brother Ollie from Brixton to Camden to be closer to their mum’s boyfriend, Dan. Ricky is losing her friends, the allotment garden she works on with her father, and her father himself.

Everything she knows has been upended and life in Camden is looking like it will be pretty grim. She starts a creative writing workshop at the local community centre, makes some frenemies on their new estate, and even finds a new allotment garden to work in.

But not long after their move Ollie becomes ill and within a few days he’s having to stay in hospital for tests and treatment. Things gradually get worse as Ollie gets sicker; their mother sleeps most nights at the hospital, their father rarely visits, and Dan is spending more and more time looking after Ricky – and she hates it.

Connell has created a rich, complex, multi-layered character in Ricky Bird. She is on the verge of puberty, everything joyful and comforting from her childhood has changed; and she is struggling to find anything to hold onto in this new version of her life. She’s growing up, her body is changing, she is experiencing disassociation and gender dysphoria, and in an attempt to gain control of her body she stops eating and starts working out regularly.

But she does continue telling wonderful, imaginative stories; sometimes to make her brother laugh, sometimes to impress the kids on the estate who only want to tear her down, and sometimes as a way of making sense of what’s happening to her. These tall tales, however, also mean that the distracted adults are less likely to listen to or believe her, isolating her even further.

Scene after scene in this book depicts distressing things happening to Ricky, from teenage boys chasing her across the estate, to the vivid and terrible dreams that she has every night, to the tense power imbalance she has with Dan; and to Ollie’s slow but certain deterioration every time she sees him in the hospital. There is an intense feeling of menace that permeates every chapter of this book; everything Ricky experiences, every interaction with the people around her, every action she takes to try and have some control in her life, all end up making things worse and driving her further into herself. She flinches when people call her ‘princess’ or ‘sweetheart’, she loses hours at a time and remembers nothing, and others are constantly taking advantage of her powerlessness to their own ends.

This is not a light read and should come with multiple trigger and content warnings, many of which would give away aspects of the plot, but they are so present throughout the work that it could be deeply triggering to many people. Ricky’s resilience throughout the story, and the spark of hope she finds in the end, leaves the book on a positive note. But there are many very difficult and awful scenes before that is achieved.

Dianne Connell’s The Improbable Life of Ricky Bird is out April 26th from Simon & Schuster Australia. Grab yourself a copy from Booktopia HERE.

NB (slight spoiler): Although Ricky often identifies herself as a boy throughout the novel, she never thinks of herself with he/him pronouns, so I’ve used she/her in this review as that’s what is reflected throughout the text.

CW: This book contains graphic depictions of ED, neglect, physical and psychological abuse, childhood illness and death, bullying, and threats of sex. If you or someone you know needs support, or wants to talk to someone, you can find a list of groups and organisations that offer resources, helplines and support HERE