Book Review: Good Arguments is an educational look into the art of debating well 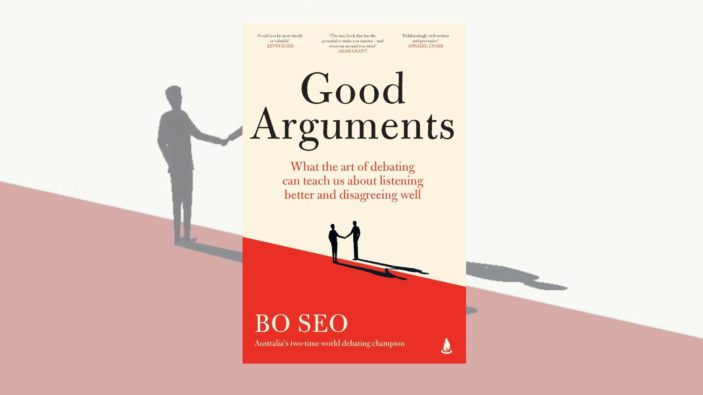 If anyone knows how to argue with finesse it is Bo Seo. The journalist and author is a two-time winner of the Debating World Championships and a former debate coach. In his debut book, Good Arguments, he distills many of the lessons he learnt over the years so that we may know how to debate with more panache.

Good Arguments straddles the lines between several genres. On the one hand, readers receive a how-to guide to debating and listening. On the other, we get Seo’s memoir. Readers will likely gravitate to one side more than the other.

Seo’s story is an interesting one. He was born in South Korea, with his parents uprooting him and the family to migrate to Australia when he was eight. Initially he was very quiet and content to avoid conflict at all costs. But, once he started school debating, he was hooked and came to appreciate the true form of this art.

The lessons that are detailed in this book seem more prescient the ever in our world of fake news and spin. Seo’s writing as he recounts his years of competitions is entertaining and relatable. Also included in the book is some commentary and analysis, including a deconstruction of the presidential campaign debates between Donald Trump and Hillary Clinton. This chapter, in particular, is an insightful examination of the tactics employed by bullies and how they can derail proceedings.

In this book, Seo also examines other points from history, such as Malcolm X’s story and work as an orator. The rise of technology and Artificial Intelligence’s growing capabilities to argue well are also examined. Seo packs a lot into this book, not least some useful tools for having good arguments.

Good Arguments is a book that could have made for dry reading. But, instead Seo injects the proceedings with the right amount of colour and insights to really engage readers. This book is one that should be studied at schools as our increasingly virtual lives have made discourse a very one-sided affair. As we know, there is often so much more to the story and Good Arguments embodies this by making a case and doing it well.