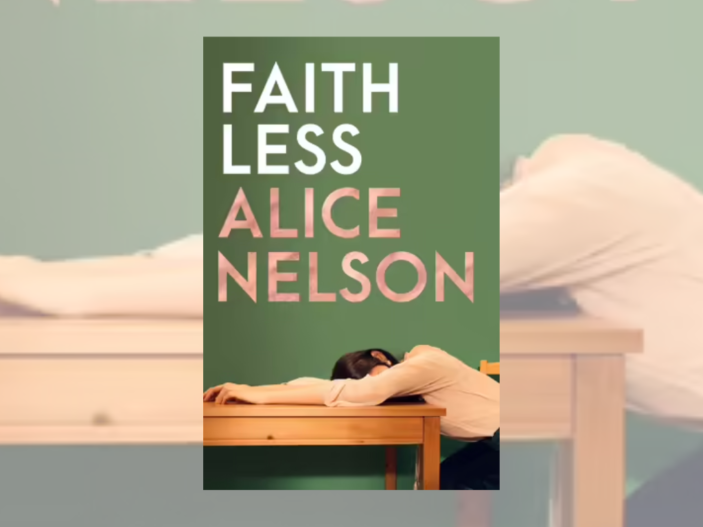 In Faithless, Alice Nelson’s third novel, we follow Cressida as she writes a letter to her former lover, Max, dissecting the psychology of their relationship. Born the daughter of Lord Farley and his mistress, Cressida and her brother Lucian are part of a second, unacknowledged family. They share an idyllic childhood in India, growing up on a vast estate, but after their father’s death, it becomes harder for Cressida’s mother to maintain the property. As a solution, she opens an hotel, and as a result, a twenty-year old Cressida meets Max who is some years her senior and already a successful novelist.

Destined to tread in her mother’s footsteps, Cressida enjoys a passionate but shadowy relationship with Max, sharing him with his ‘real’ family, whom she knows he will never leave. This relationship is the crux of her existence, and Cressida’s own writing career is influenced by her complicated feelings about being the other woman.

Told in the style of a long letter dictated to Max after his recent death, Cressida tells him of her life in the times when they were apart, as well as what has happened to her since. She has become the guardian of a young girl named Flora, who seems to have suffered some recent trauma. Whose child she is remains unclear for most of the book, but Cressida has a deep affection for her, and she compares the different kinds of love and attachment she has felt to people throughout her life with this lens firmly in place.

As is the case with other works by Nelson, language takes centre stage. Cressida’s work as a novelist and translator, and her friendship with other translators allows her to muse on the limitations of language; particularly when someone is trying to speak across experiences and continents, and even generations.

While at times the plot of the novel meanders, the prose is always beautiful, and Cressida’s calming voice speaks softly and evenly to the reader as if reading them a bedtime story. The novel is curiously detached, most of the action being told to the reader rather than shown, in a way which would make most creative writing teachers recoil; but for this book it seems to work. Nelson is measured and consistent in her approach.

However, if you approached this novel expecting some original take on the cliched narrative of an older professor having an affair with his young liteary ingenue, I warn you that you may well be disappointed by what you find in the pages. Likewise, if you judged this book by its cover, and were expecting ‘Sad Girl Lit’ ala Sorrow and Bliss.

No, what you’ll find in Faithless is pure literary fiction of a kind sure to divide audiences. I for one, loved it, but can see how other readers might find it maddening. You’ll just have to give it a go to find out which camp you’re in. Give it a go if you loved The Children’s House.

Alice Nelson’s Faithless is available now through Penguin Books. Grab yourself a copy from Booktopia HERE.