Tickets to the Melbourne season of Agatha Christie’s The Mousetrap are on sale now! 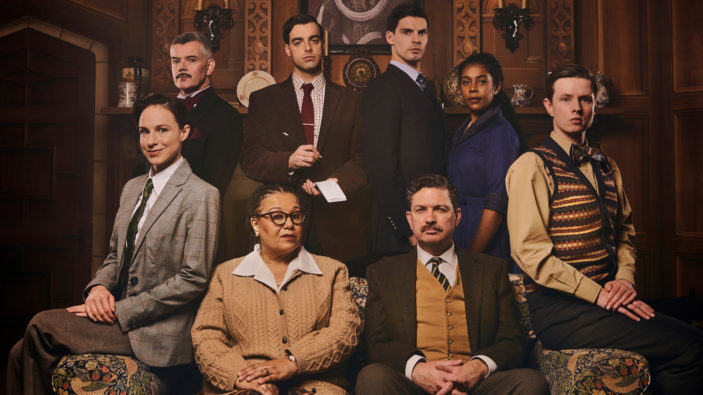 Don your trusty fedora and slip into your trench coat as you prepare for the arrival of Agatha Christie’s timeless murder mystery, The Mousetrap.

After hitting London’s West End back in 1952, The Mousetrap has gone on to captivate millions of budding detectives around the world, amassing over 28,500 performances in the last 70 years. As the longest-running West End show, this genre-defining murder mystery is still leaving audiences on the edge of their seats – a testament to bestselling novelist Agatha Christie’s immense talents.

This gripping plot follows the guests and staff of Monkswell Manor who find themselves stranded in a snowstorm. When a local woman is found murdered, it becomes clear that the killer must be among these seven strangers. As they each grow increasingly suspicious of one-another, a police detective arrives to get to the bottom of this chilling mystery.

Directed by Australian theatre icon Robyn Nevin, this 70th Anniversary Australian production touches down in Melbourne for a limited season in February 2023. Along with the technical talents of Isabel Hudson (costume design/associate set design) and Trudy Dalgleish (lighting design), The Mousetrap brings with it an ensemble cast of theatre stars.

International icon Anna O’Byrne (My Fair Lady / Love Never Dies) will be performing as Mollie Raston, the young owner of Monkswell Manor. Helpmann Award winner Alex Rathgeber (Anything Goes / The Phantom of the Opera) takes the role of Giles Ralston, Mollie’s husband. Laurence Boxhall (As You Like It / Jumpy) plays Christopher Wren, a neurotic young guest at the manor. Also taking the stage will be leading performer Geraldine Turner (Present Laughter / Don’s Party) and the legendary Gerry Connolly (Cyrano de Bergerac, The Resistible Rise of Arturo Ui), among others.

Now it’s your turn to witness what everyone has been raving about, put your detective skills to the test and see whether you can solve this world-famous mystery for yourself!

Get in early and secure your seats to Melbourne’s limited season at the Comedy Theatre from 17 February 2023 right now at https://themousetrap.com.au/tickets/melbourne/

Not in Melbourne? You’re in luck. Tickets are also available for performances in Sydney (October 2022), Brisbane (November 2022) and Adelaide (December 2022 – January 2023). Purchase yours at https://themousetrap.com.au/