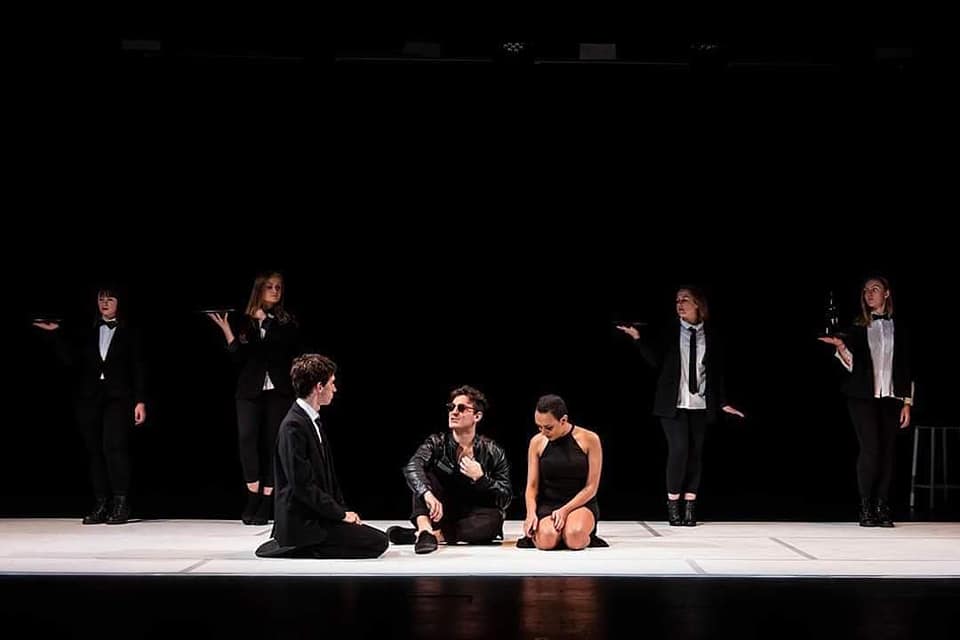 It’s been a century since Bertolt Brecht first wrote Baal, but there remains an undeniable timeliness to this tale of artistry, alcohol, and just how much of each excuses the fact that you’re an outrageous asshole.

As a character, Baal embodies the romantic, tortured artist, trying vainly to remain frustratingly aloof from the consequences of his actions, with QUT theatre company Vena Cava Productions adding some contemporary woes to their interpretation. The cult of celebrity, toxic masculinity, emotionally abusive relationships, sex, drugs, and rock and roll – Baal has it all. All that doesn’t always make for easy watching, with the main character barrelling his way through a litany of drink and drug fuelled dramas, but Baal is nevertheless compelling, and it’s beautifully put together by the Vena Cava team.

Alternately lifted and sent hurtling back down to earth by friends and lovers he both clings to and spurns, Jaya Fisher-Smith‘s outstanding Baal is supported by a fantastic, multi-talented cast. Everyone is strong, but a special mention must go out to the women who made up the chorus, performing beautifully choreographed dance routines and smashing out some wonderful covers of the seemingly unlikeliest songs – watch and see if Britney Spears’ Toxic ever really sounds the same again after Vena Cava’s haunting version!

There are some wonderful set pieces too and, in particular, the moment when Johanna (Keely Hall), a young girl used by Baal, throws herself into a river really stayed with me. It’s both chilling and beautiful, as her sparkling dress disappears behind a flowing black sheet which then drops away to reveal the torches of a search party. The production is filled with moments like these, and they’re moments that hint at just how brilliant this could be on a larger scale. Amateur and student theatre can be tricky for artist and audience alike, limited as it is by funds and resources, but that Vena Cava can create visuals like this on a student theatre budget is fantastic and, coupled with the performances on display here, it bodes very well for the future of both the company and its actors.

Baal predates Brecht’s epic theatre but is still true to the German dramatist’s style in that it remains an uneasy and unsettling watch, and it’s rather appropriate that it finds itself in Vena Cava’s capable hands; a student theatre company taking on the work of a student Brecht is quite a wonderful thing. Experimental and dark, it could have so easily fallen into cliché or melodrama, but the Vena Cava team are a talented bunch, neatly sidestepping all that with tremendous performances and inventive staging. After watching this, it’s no wonder that Metro Arts named them their 2018 Student Company in Residence.

Baal is the final show for Vena Cava Productions this year, but keep an eye on their socials to see what they’ll be up to in 2019. Check out their website for more info.