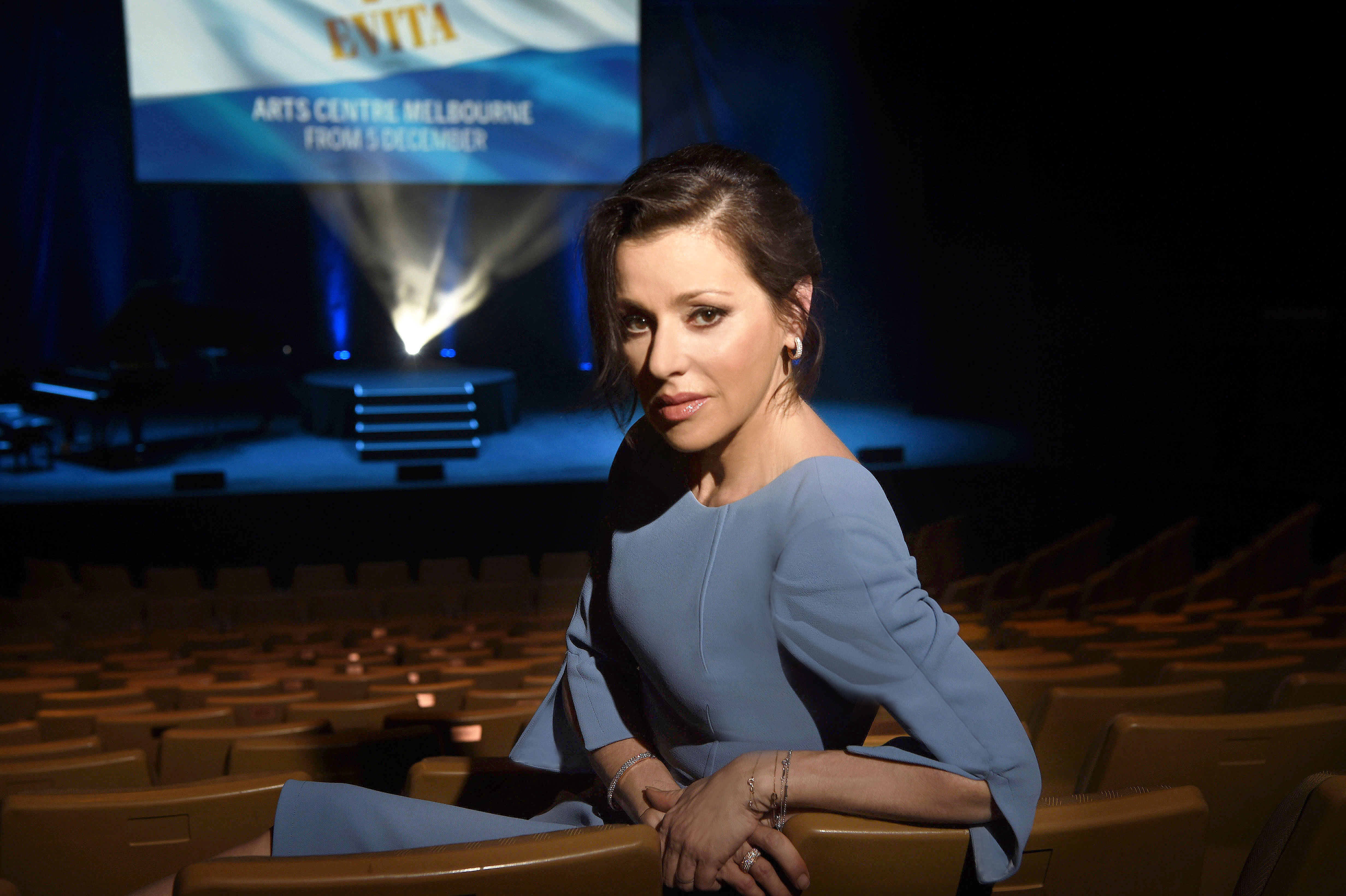 Take a much-loved child star known for her angelic voice, throw in some musical theatre heavy-weights and a modern opera/musical whose composer is celebrating a milestone year, and you have a revival that could very well be the hit of Opera Australia’s 2018 season. The 40th anniversary restaging of Tim Rice and Andrew Lloyd Webber’s Evita, starring Tina Arena, is a lovingly curated production worthy of the Sydney Opera House stage.

Evita tracks the short and controversial life of Eva Perón, born Maria Eva Duarte in 1919 in a village outside Buenos Aires. As we are led on the journey by revolutionary Che Guevara, who acts as contemporary narrator, we watch Eva sleep her way to power, finding fame as a radio actress before she catches the eye of Colonel Perón, who is on the fast track to political success. Eva uses her sway as a former-commoner-made-good to rally support for Perón from Argentina’s working class.

Having secured the presidency for Perón, Argentina’s first lady continues to manipulate favour from her people. But her fancy clothes and sparkling jewels cannot protect her from the ravages of illness and Eva’s light is snuffed out all too soon.

To celebrate the show’s anniversary, Opera Australia, John Frost and David Ian Productions have chosen to revive the original West End production from 1978, directed by Hal Prince. The costumes deposit us firmly in the period and the on-stage changes are handled very well. The set design features a wide, open stage and simple furnishings and set pieces that are mostly manoeuvred by the cast. Overhanging the action is a stage-wide screen onto which are broadcast historical photographs and footage of the real Eva and Perón. The lighting design relies heavily on follow-spots and directional pools of colour. 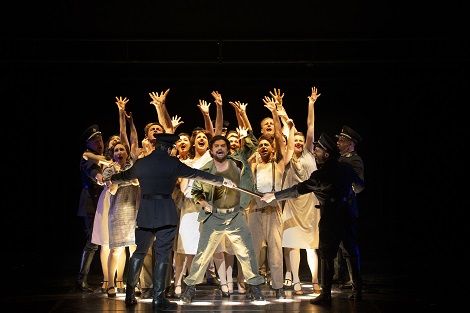 What is extraordinary is how well this decades-old production stands up against modern musical stagings. The empty space around the action suits the vignetted story and leaves plenty of room for the dancers to make the most of Larry Fuller’s Tony Award winning choreography. There are no doubt some clever technical additions (such as the under-stage lighting, reminiscent of early footlights) but on the whole this is a simple production that relies more on the performers than the sets to bring the scenes to life. The good news is, the current cast is more than up to the task.

Unlike the other pop-star to have undertaken the role of Eva Perón in recent times, Tina Arena has some serious pipes and she’s happy to show them off. She handles the dancing elements well but it is her strong stage presence, her star-quality if you will, that makes it feel as if this role was made for her. You could hear a pin drop as the strings give way to the lone French horn, signalling the start of ‘that song’, but to the relief of all, Arena delivers the goosebumps.

Playing opposite her is Tony Award winner Paulo Szot, whose sublime baritone and natural accent roll effortlessly over Lloyd Webber’s complex melodies. He is a strong and stoic Perón, making him appear a rock on which the fragile Evita breaks.

Aussie, Kurt Kansley, brings the West End panache to the role of Che. Within the first five minutes, he reminds us that this is a Lloyd Webber musical, nailing that raw, passionate tenor which sits perfectly against the rock guitar and heavy drums. (You just know he’d make a great Judas in that other show!) He manages to balance the fierce intensity of the almost mythical Che Guevara against moments of physical brevity (including some delightful hat-and-cane mimicry). However, it is his voice that really brings the show home.

The male chorus is divine in its depth, particularly during the Art of the Possible, which features one of the best games of musical chairs you’ll see this year. And when the full ensemble combines to give us A New Argentina, the volume and intensity is tremendous. 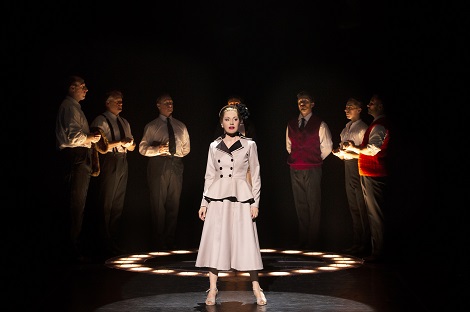 Under the direction of Guy Simpson, the 29-piece orchestra is loud and energetic, if just a little too polished in some of the latin numbers. The hits are well-handled: the strings soar lovingly over the very familiar Don’t Cry for Me Argentina refrain (which will be stuck in your head for the 24 hours following) and the folksy guitar sits perfectly under the vocals of Alexis Van Maanen during Another Suitcase in Another Hall. Some clever sound balancing (and tricky microphone effects) add to the fullness of sound, even if the use of microphones may upset some opera purists.

The only downside of the show is the choice to include You Must Love Me, a song written for the 1996 movie version and its star. Arena’s vocal chops are wasted on this dirge and the completely empty stage gives the song no context in the narrative. But it is a minor transgression. 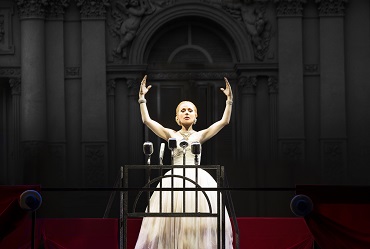 Opera Australia’s latest production has all the makings of a hit: a modern opera/musical, celebrating its 40th anniversary and starring a home-grown pop star. It would be easy to be cynical about the overt commerciality of this production if it wasn’t so well done!

Evita is playing at the Sydney Opera House until 2nd November. For tickets and more information, go HERE.