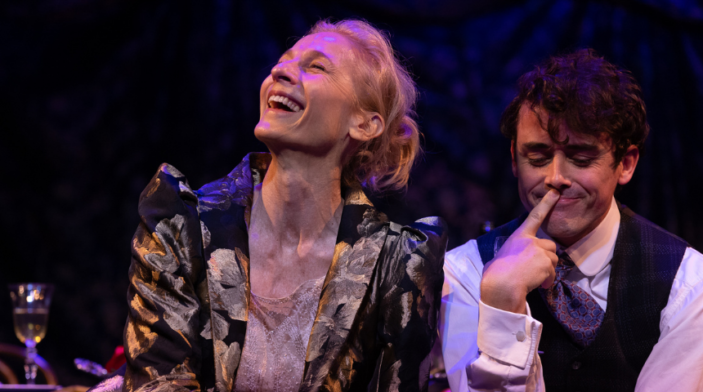 It is 1899 and the world’s most famous actress, Sarah Bernhardt, is rehearsing for Hamlet. But, to the horror of critics and the delight of the Parisian gossip mills, she won’t be reprising her role as Ophelia. Nor will she be embracing the age appropriate Gertrude. Bernhardt craves something more audacious, something bold. Something that will bring in the crowds she needs to save her theatre AND give her the creative challenge she’s been craving.

The Divine Sarah will play the Danish Prince himself, and no one is going to stop her.

Based on true turn-of-the-century events, Theresa Rebeck‘s Bernhardt/Hamlet opened at Queensland Theatre‘s Bille Brown Theatre last week, with Angie Milliken as its lead. Witty and insightful, it’s a must see for any creative who ever felt stifled or uninspired.

Bernhardt/Hamlet isn’t short on commentary. Gender and age bias in the arts; the limitations of the literary canon and the deification of Shakespeare; changing times and technologies – it all gets a look in. Bound together under the direction of Lee Lewis, it’s a wonderful blend of engaging performances, wicked comic timing, and amazing real-life inspiration. 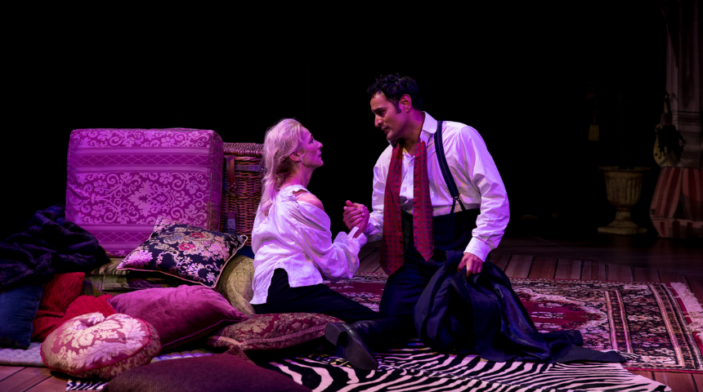 Milliken is, quite simply, brilliant. Her Bernhardt is cocky and headstrong, yet disquiet brews under the surface. Her theatre is in trouble, money is running out, she cannot – and will not – play the ingenue anymore. But while there are cracks in the façade, to ever count Sarah Bernhardt out would be a mistake. Milliken brings Bernhardt to life, filling her with humour, warmth, and a dogged determination to see it all through.

Hugh Parker imbues a gentleness to Bernhardt’s guiding light Coquelin. The most experienced of her assembled cast, he’s a fierce defender of both Bernhardt and Bard, believing in Sarah’s vision even when others – chief amongst them artist Alphonse Mucha (David Valencia) and playwright Edmond Rostand (Nicholas Brown) – waver. This core three surround Bernhardt, supporting where they can and drawing lines where they must. They worry for her, cover for her, respect her, and love her – albeit in different ways. 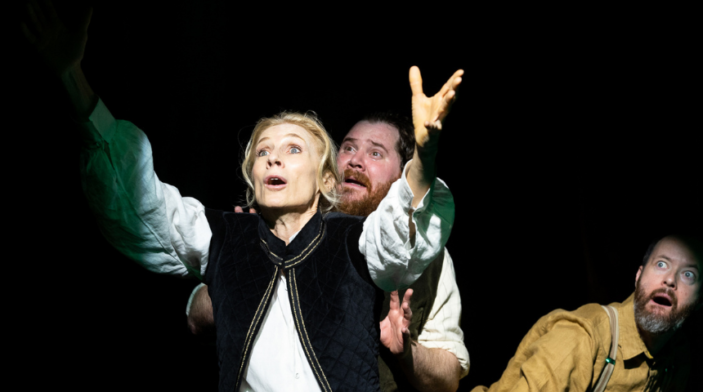 The rest of the cast are a joy to watch too. Players Francois (Leon Cain), Lysette (Amy Ingram), and Raoul (Gareth Davies), and critic Louis (Anthony Gooley) steal near every scene they’re in; son Maurice (Julian Curtis) is a louche, but loving, layabout; and Wendy Mocke‘s Rosamund makes a brief but potentially shattering appearance.

The set and costume design, under Simone Romaniuk, is also excellent; a fact made ever more clear given that this is, essentially, a play within a play. Costumes are donned on stage as well as off. Sets are changed by the cast as they prepare to rehearse a scene. Sarah’s dressing room is, in particular, a wonderful vision – the huge table for social gatherings, the rich wall hangings, the generous spread of food and wine. It’s both comfortable and calculated; a veneer to hide how much Sarah is financially struggling, and a cosy security blanket away from the world outside the dressing room door.

After lockdowns, reduced capacities, and floods, Bernhardt/Hamlet is a wonderful way to remember what going to the theatre is really like. Rebeck’s quick wit is perfectly matched with a cast that’s clearly having just as much fun as the audience, and to be able to sit back with a wine and watch a fantastic dramedy unfold feels as special as seeing the great Sarah Bernhardt herself might have been.