Theatre Review: RBG: Of Many, One reminds us how far we’ve come and how much we stand to lose 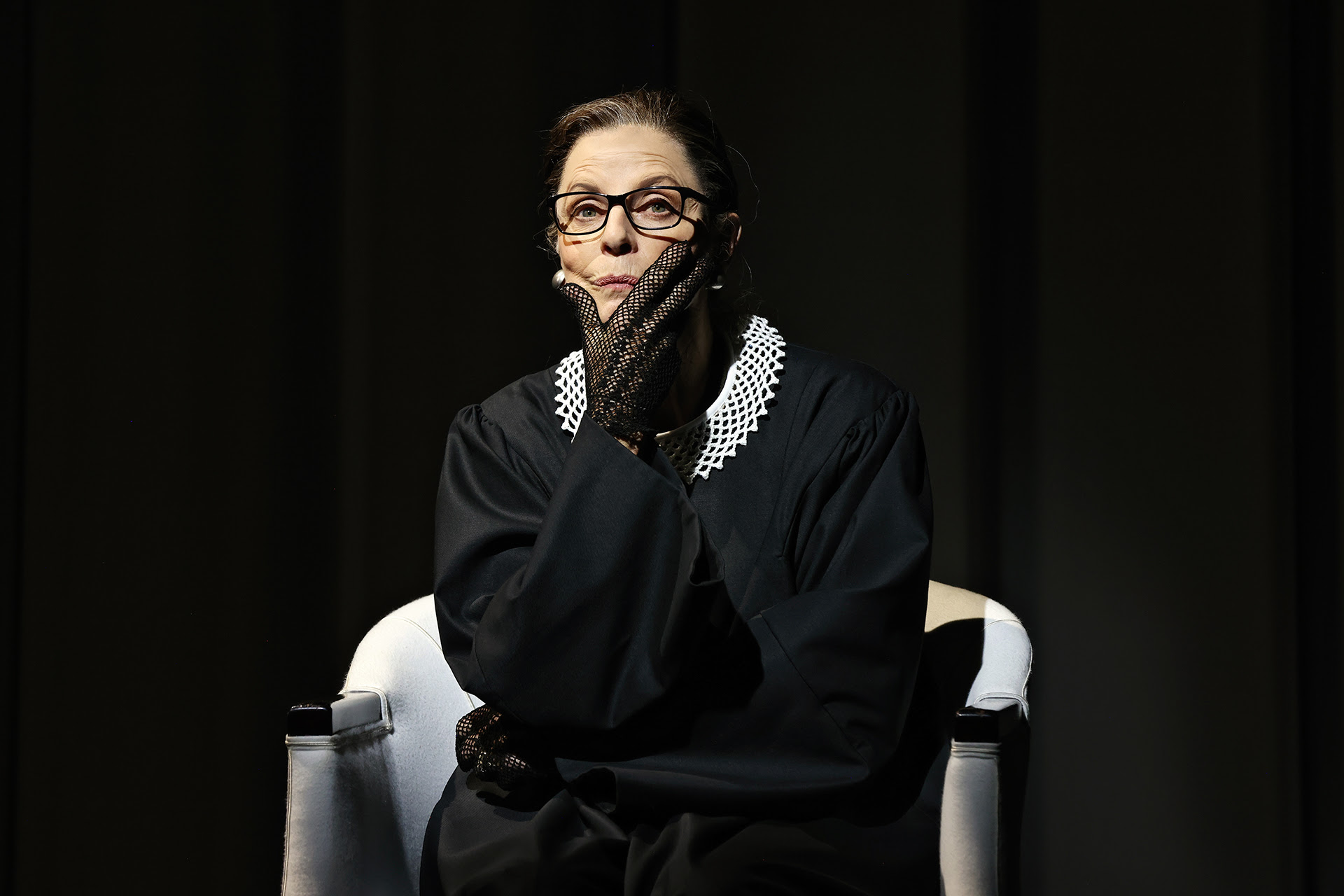 Make no mistake, Ruth Bader Ginsburg was a bad-ass. The late US Supreme Court Justice didn’t get a name like ‘The Notorious RBG’ for standing in the shadows. This feminist icon is the inspiration for the new Sydney Theatre production RBG: Of Many, One and is a truly inspiring show.

Heather Miller is incredible in this one-woman show. Ginsberg was a colourful character, inspiring memes, the films On the Basis of Sex and the RBG documentary. It could be difficult filling such a titan’s shoes, yet Miller does an excellent job of capturing Ginsberg’s accent and mannerisms. The anecdotes jump about through space and time, but the audience keeps up. Part of this is because Miller is successful at telling this woman’s stories from the ages of a wide-eyed adolescent 13 through to a stooped grandma at 87.

Priscilla Jackson directs while former lawyer-turned-playwright Suzie Miller offers the script. The latter is best known for having written another one-woman play, Prima Facie. In RBG Miller captures the many facets of Ginsberg’s complex character, including her often dissenting voice on the panel of US Supreme court justices. The play also looks at the Opera-loving Jewish girl from Brooklyn who lost her mother young and was denied a role in the mourning process.

The set is a rather minimalist one. For the most part, Miller is in an armchair or moving around the stage with a series of props and costume adornments. These all help to tell the story’s different parts, including those early days at Harvard Law School and waiting by the telephone for a fateful call from Bill Clinton, as the US president was watching sport.

Ginsberg’s story would not be complete without giving cameos to some of the male characters who played parts in her life. Here, Miller excels at also playing these roles. Ginsberg’s darling husband Marty, a tax lawyer and her biggest champion, gets the most air time. He was a man born before his time, taking on domestic duties and enabling Ginsberg to continue to practice while many of her peers were stuck at home with babies. Presidents Obama and Trump also get their moments. Both provide quandaries for Ginsberg, especially the latter as she is steadfast in her disapproval of the Republicans.

In the space of 90 minutes, the audience gets a primer on Ginsberg’s career and some of her most important court cases. These citations are projected above the audience for those who want to go away and discover more. We learn about how her passion to change laws through fierce advocacy, championing equal rights, and fighting for the underdog, all of which would seal her fate. Ginsberg is an incredible role model from overseas, but one wonders whether we also have an inspiring Australian worthy of such treatment.

The score is predominantly built around arias, which are a tribute to Ginsberg’s lifelong love of the Opera. There are also a few rap numbers that are a cheeky nod to RBG’s nickname. This itself is a play on the rapper named The Notorious B.I.G.

RBG is a play about a diminutive woman who changed the world. The show is an incredibly inspiring homage to Ginsberg’s brilliant life and career; distilling her loves, hopes, strengths, fears, and flaws. RBG is ultimately a vivid human story about one courageous and influential trailblazer, who was notorious indeed.

RBG: Of Many, One is playing at the Wharf Theatre until December 23. For more information and tickets head HERE.