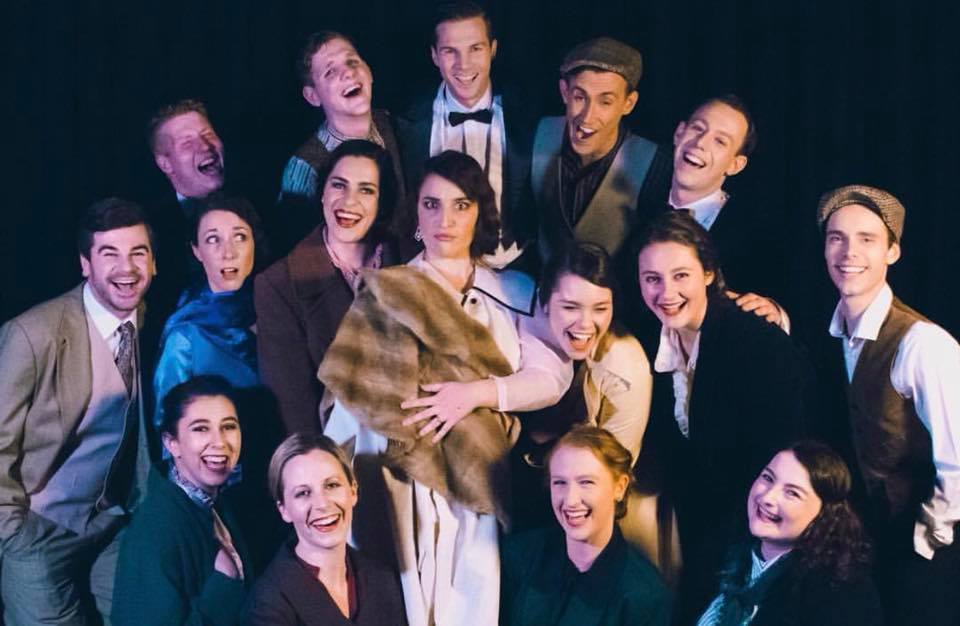 The film Funny Girl is celebrating its golden anniversary but this story feels so young and vital it could have been made yesterday. Theatre & Co. present their version of Funny Girl at Parramatta’s Riverside Theatre. It’s something often associated with Barbra Streisand because it once catapulted her to fame. These are some big shoes to fill but – thanks to an inspired piece of casting – our eponymous gal triumphs here.

The Funny Girl story could be re-named, “The Fanny Brice Variety Hour,” because it’s about a vaudeville and burlesque performer’s rise to fame. This semi-autobiographical story celebrates Fanny Brice, a comedian, singer, and actress who appeared on the stage, screen and radio through the early to mid-20th century. Brice was not a traditional beauty but she made up for this with her comedic timing, self-confidence and moxie. These things were what sealed her success.

Recent NIDA graduate, Brittanie Shipway had the mammoth task of playing Brice. The role can be quite demanding because Brice features in so many of the scenes and musical numbers here. Plus, there will always be the inevitable comparisons towards Barbara Streisand’s performances in the film and stage versions. Despite this, Shipway did a stellar job of making this role her very own. She brought a lovely playfulness to the character and was note-perfect as she sang along with a heady mix of both grace and spunk.

This show sees the successful Brice sitting in her dressing room and taking stock of her life, as she prepares herself for her husband’s return. He is the newly-paroled, handsome and charismatic, Nicky Arnstein (played by the convincing and sophisticated, Simon Thompson). The pair fell in love and married but they also had a stormy relationship. Brice looks back with nostalgia and considers her career trajectory from fledgling burlesque dancer to her star turn, headlining the Ziegfeld Follies.

Staging this production in Riverside’s smaller Lennox Theatre was always going to be a bit of a challenge. But director, Adam Haynes and his team have done a fantastic job of capturing the heart and soul of this tale without compromising on the quality. The proceedings feel quite intimate and make this story all the more fun and engaging. This is even more commendable when you consider that this theatre company are still quite new to the scene.

There are excellent dance numbers choreographed by Melissa Ayers. These are energetic ones that enable the whole company to utilise this small space. Extra numbers with some tap-dancing and others using fans also add some additional spice and colour to the proceedings. Costume designer, Chris Pitcairn’s creations are fun nods to the roaring twenties. The lighting by Mitchell Kroll is warm and vibrant and suits the sentiment of this blissful tale.

There is no denying that much of this show hinges on the audience’s enjoyment of and affection for Brice. It seemed obvious that this audience were with Shipway all of the – ahem – way. The superb ensemble sang and danced up a storm and were also a big drawcard. Other noteworthy cast members included: the charming, Brent Dolahenty as Brice’s supportive friend; Janina Hamerlok as Brice’s strong-willed mother; and a very meddling yenta (aren’t Yiddish words grand?) played to great laughs by Courtney Powell.

The audience enjoyed the ebullient music lead by musical director, Craig M. Wood. There was the bittersweet “People” and the bombast of “Parade.” Some younger punters will forever associate “Parade” with Robin Williams in Mrs. Doubtfire. The music was extremely enjoyable and often these big, bold show tunes made you want to scream, “New York, New York!”

Funny Girl is one endearing and relatable story. Most people know what it feels like to be an outsider or what it’s like to question yourself when you feel you aren’t good enough. It is incredibly satisfying to see this Funny Girl succeed on the strength of her convictions, her talents and for being herself.

Funny Girl may be celebrating its golden anniversary this year but this production is a real gem. It’s an entertaining and heart-warming one about a girl who grows up to be a star. It thus proves, she was always a diamond in the rough.