Theatre Review: Cruel Intentions: The ’90s Musical is a sexy, energetic and nostalgia-fuelled blast from the past 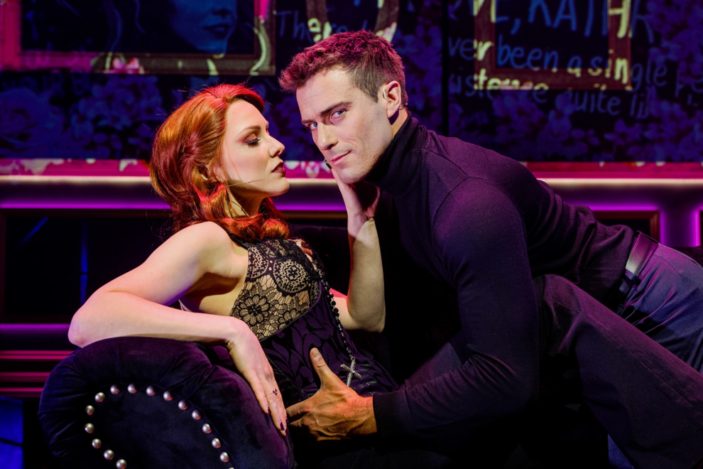 Whip out your retro windbreaker, rock the double denim look and prepare to relive the good old ’90s in all their glory with the nostalgia-fuelled Cruel Intentions: The ’90s Musical.

Following successful runs across the US and the UK, garnering rave reviews from original film stars Sarah Michelle Gellar and Reese Witherspoon, this throwback musical is now calling Melbourne’s Athenaeum Theatre home for a limited season. Sexy, seductive and naughty, Cruel Intentions is based on the 1999 romantic drama of the same name, following step-siblings Sebastian (Drew Weston) and Kathryn (Kirby Burgess) who make a revenge-fuelled wager and set out to ravage the reputation of Annette (Kelsey Halge). The self-destructive siblings soon find themselves caught up in a web of secrets, temptation, seduction and love.

From the moment the curtain rises, the energy in the room is already off the charts with everyone primed and ready to be rocking out to a soundtrack jam-packed with iconic ’90s hits. Not only does the production promise a retro-themed party – it delivers and exceeds that with banger after banger and hit after hit that had every audience member wanting to get up and groove along to the beat. From covers of NSYNC’s Bye Bye Bye to Christina Aguilera’s Genie in a Bottle, it’s good times and good vibes whenever you identify the next song from the first few notes.

Sure, these songs are going to be loved by audiences in any context, but what makes them so much more memorable and impactful is that they’re not just there purely for the sake of nostalgia. Every song is seamlessly weaved into the narrative to either elevate the comedy, enhance the emotion or give the characters a way of expressing what they’re going through at any point in time. It’s quite impressive how well some of the greatest hits are integrated to fit with exactly what’s going on in the story – the sign of a well-written and thought-out jukebox musical.

The iconic songs are one thing, but it’s the lineup of actors behind those covers that really bring the show to life – an ensemble of powerhouse singing performances stretching well into the extended cast. Firstly, Kirby Burgess is a certified scene-stealer across the entire production. Not only does she bring a sexy touch and some comedic flair to the narrative, she also knocks every one of her musical numbers out of the park. She’s got a powerful voice and a huge stage presence, continuing from her exceptional performance in The Wedding Singer earlier this year – definitely one to look out for going forward. She’s not alone at the top as Drew Weston is brilliant as the lead, Sebastian, showing great dedication to the role and bringing a very suave appeal to his character.

I specifically want to highlight Euan Fistrovic Doidge, whose singing performance is next-level powerful! His vocal range, ability to hit high notes and comedic edge makes him a stand-out every time he’s on stage – garnering instant praise and laughs from the audience in every instance. Even the likes of Kelsey Halge and Francine Cain have their own big musical moments that they absolutely nail, while also both enhancing the story with some genuine heart.

The technical element that impressed me the most is the marriage of both set design and lighting to create what I think are some of the best effects I’ve ever seen bought to the stage. Clearly the brainchild of set designer James Browne and lighting designer Declan O’Neill, the decision to have the song lyrics projected onto the sets is utterly brilliant – bringing pieces of the set to life that would have otherwise been quite bare. Additionally, the use of projected images on the backdrop during some key moments is fantastic as it gives a stronger visualisation of the scene’s setting, while even being used to play into the comedy.

Energetic, hilarious and sexy, I cannot praise this joyful production enough! Cruel Intentions: The ’90s Musical is jam-packed with big laughs, good vibes and killer tunes, transporting you way back to a time where NSYNC, No Doubt and TLC ruled the airwaves. With incredible singing performances throughout, a compelling story and stunning set design, you do not want to miss this retro party.

If you’re in the mood for a night filled with neon lights and nostalgia-fuelled ’90s throwbacks, you’re in for a treat!

Cruel Intentions: The ’90s Musical is playing at the Athenaeum Theatre in Melbourne through to June 25th. For more information and to purchase tickets, head HERE.

Reviewer attended on Friday 28th May 2022