The Tivoli team sets their sights on new Brisbane venue, The Princess 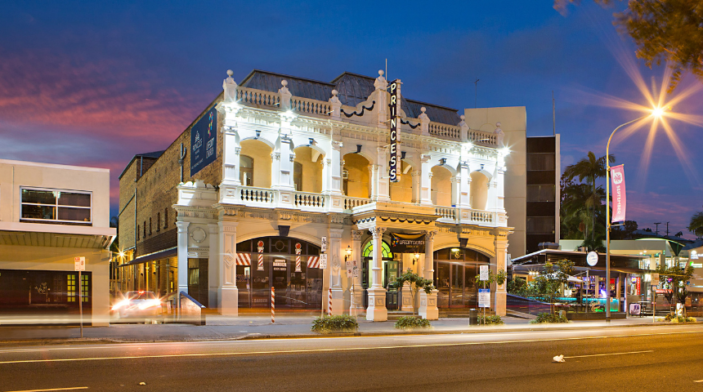 Queensland’s oldest standing theatre, The Princess, is set for a new lease of life as the team behind Fortitude Valley’s The Tivoli announce the purchase of the Woolloongabba venue.

The Tivoli’s owners, brothers Steve and Dave Sleswick, alongside prominent Brisbane businessman Steve Wilson, recently revealed their plans for revitalising the 133 year old Princess, aiming to turn it into one of the River City’s most exciting music and performance venues.

“The Princess was created as a theatre in 1888, originally known as the South Brisbane Public Hall. We feel it’s vital for us to reclaim the building for Brisbane’s vibrant world-class arts sector and return it to the community to be used as it was originally intended,” Dave Sleswick said.

“It shares the same independent spirit as The Tivoli and will have live music at its heart, providing a home for Brisbane and Queensland artists, musicians and entertainers, as well as those from throughout Australia and across the world.”

Located in the historic Clarence Corner area of Woolloongabba, close to South Bank, the restored State Heritage building will be home to a state-of-the-art performance auditorium designed for a standing capacity of 900, and a seated theatre capacity of 500. The fit-out will be completed with four bars, a public café, private event spaces, a rehearsal room, a co-working office and workshop space, and an outdoor courtyard.

The Princess will also give a permanent home and workshop space to one of Queensland’s premier independent arts organisations – visual theatre company Dead Puppet Society.

Building work commenced on April 6th, with completion and re-opening slated for late August. In anticipation of that day, an inaugural program, featuring world-class music, contemporary performance, and programming for families and young people, will be announced in May.