the ARTS review: what’s happening in the world of arts & film – issue 10

Welcome to the 10th edition of the AU review’s ARTS review, where we present all the latest news from the Arts and Film world.

April will see new and emerging burlesque artists from around the country bump, grind and shimmy across the stage at the Enmore Theater Sydney, to compete for the coveted title of Miss Burlesque Australia 2012.

Miss Burlesque Australia competitors are assessed on their routine, personality, skill and their commitment to promoting Australian Burlesque. The competition is open to beginners and professional Burlesque performers alike, competing on a state level during March for the chance to be one of the top ten finalist heading to Sydney next month.

Performing striptease, classic and creative Burlesque routines, artists performances will be judged by burlesque icons and performers such as Imogen Kelly, Chrys Columbine, Billie Madley, Suzie Q and Creative Director, Nicola Sault. The winner of Miss Burlesque Australia 2012 will not only be crowed with the title, but will also receive a cash prize and a trip to Las Vegas for the The Burlesque Hall of Fame Weekend.

The National Final of Miss Burlesque Australia 2012 will take place on 21st April at the Enmore Theatre, Sydney. 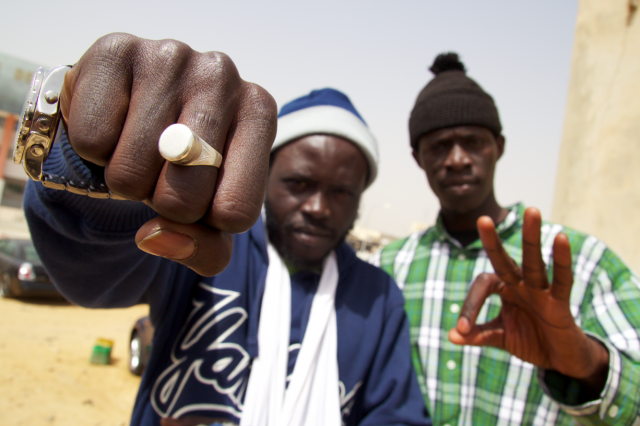 This year the first Australian African Film Festival will be traveling to Sydney and Melbourne, presenting the most thought-provoking and captivating examples of new African cinema.

The festival will run a series of feature films, as well as presenting an exhibition of short films, documentaries, animations, and classic films from a diverse range of genres for the purpose of showcasing the best that African cinema has to offer. The program includes films that span the globe, from the USA to the Democratic Republic of Congo, Australia to Uganda.

The African Film Festival will open next month with the premier of the 2011 US/Nigerian film Restless City.The opening night party will be held at Dendys Opera Circular Quay on 5 April, with the Melbourne premier occurring on the 11 April at Red Bennies.

CANBERRA: UKE HERO DANIEL HO TO PLAY NATIONAL FOLK FESTIVAL
American singer, song writer and six-time Grammy winning ukulele and guitar player, Daniel Ho has been announced as one of the guests to attend this years National Folk Festival, in Canberra. The Hawaiian-born musician will be performing and holding workshops as part of the four-day festival which showcases Australian and international folk music, art, dance, poetry and culture.

Ho is well known for his Hawaiian and uke roots, and provided a number of tracks for the soundtrack to the film Forgetting Sarah Marshall, which included covers of R.E.M and an “Hawaiian” version of Sinéad O’Connor’s ‘Nothing Compares 2 U.’ Ho also recently worked with actress and singer, Tia Carrere (Wayne’s World, Relic Hunter) on the 2008 Grammy Award Winning record Hawaiiana.

A master of Hawaiian slack-key guitar technique, and well-known for both his jazz background and traditional Hawaiian influences, Ho will showcase his talents at the festival, as he prepares for the release of his latest album.

Daniel Ho will appear along side a huge line-up of guests at the National Folk Festival, Canberra from the 5 – 9 April, 2012.

The Australian Centre for the Moving Image (ACMI) has announced the initial guest and exhibitions which will make up the Game Masters interactive video-game exhibition.

The exhibition will be held as part of Melbourne Winter Masterpieces series, and will include an assembly of over 125 playable retro and modern video-games, including classic arcade games. visitors to the exhibition will be given the opportunity to play rare and unique games, as well as view interviews with some of the most innovative local and international game designers and creatives working today, and provide an insight into development from concept to playable game.

With a focus on technology, art and evolution of the video game, the exhibition will feature a series of public events, including film, education programs, artist profiles, and industry events. The first international guest to be announced is English designer Peter Molyneux.

Luke Cornish (aka E.L.K.) has become the first stencil artist to be nominated as a finalist in the Archibald Prize.

Stencil artist, Cornish has produced a portrait of iconic priest and Triple J radio presenter, Father Bob Maguire as his entry into the auspicious Archibald Prize. Cornish is one of 41 finalists selected for the prestigious portraiture competitions shortlist.

Sydneysiders will have the opportunity to procure work by E.L.K. as part of a charity auction to be held this week, held by the Sydney urban arts initiative, Project Five. E.L.K. created artworks along side some of his contemporaries Vexta, HAHA and REKA, in a live event held at The Rocks. The works will be auctioned on March 22 to raise funds for the Western Sydney youth charity The Information and Cultural Exchange. The auction will take place from 6pm at the Cleland Bond Store, The Rocks.

The Western Australian Museum (WAM) have called for submissions for the fourth annual Kiss My Camera photographic competition and exhibition, which will be held as part of the 2012 WAMi Festival.

The competition aims to select the most outstanding photographs from Western Australian-based live music photographers. Up-and-coming and established photographers can submit works to the exhibition which focuses on a WA artist or location. The prize will be awarded to the photographer whose work is judged to be the Best Live Image or Best Portrait.

The Kiss My Camera exhibition 2012 will run from 24 May – 6 July, at the WA Museum, Perth before touring to Albany in September. Submissions are currently open to all music photographers who currently live in West Australian, and close on Friday 13 April, 2012.

Our Track of the Day comes from Wilsonn, the debut signing of Sydney-based Soul Modern!

Learn all about Grace O'Malley, the rebel pirate queen who commanded 200 men at sea!

As #TheInvisibleMan prepares to stalk cinemas this week, we were lucky enough to chat with the film’s writer/director Leigh Whannell (@LWhannell) about his love of the genre, filming in Australia and having free rein from a major studio https://www.theaureview.com/watch/interview-writer-director-leigh-whannell-on-his-relationship-with-the-horror-genre-and-his-unique-take-on-the-invisible-man/