the ARTS review: what’s happening in the world of arts & film – issue 009

Welcome to issue 9 of the AU review’s ARTS review, our weekly glimpse into what is new and exciting in Australian Art and Film.

This week the full line-up for the eighth annual Sydney Comedy Festival 2012 was announced, with an exciting and varied assemblage of both local and international comedians on the menu.

The festival line up will include international guests such as Henry Rollins, ex-Never Mind the Buzzcocks presenter Simon Amstell, Stephen K Amos, Deanne Smith and also Danny Bhoy, in his only Australian shows of 2012.

Aussie favorites such as Frank Woodley, Lawrence Leung, Tom Ballard and Felicity Ward are just some of the local talent also on the bill. This year will also see the debut of the comedy festivals Fresh Program, which will showcase emerging comedic artists.

The Sydney Comedy Festival will officially open on April 24, kicking off with the Festival Gala, hosted by Danny Bhoy at the Sydney Opera House. With ninety-seven varied comedic acts, the festivities will continue at venues across the city until May 12th.

On Thursday 8 March, the Adelaide Festival Chair, Mr Richard Ryan AO announced that Karen Bryant has been appointed as the new Chief Executive of the Adelaide Festival. Ms Bryant will be taking over the position from Kate Gould, who has occupied the role for the past ten years.

Ms Bryant has held the position of Associate Director & Manager of Creative Programs with the Adelaide Festival Centre for four years. She has served on both the Theatre Board and the Youth Panel Advisory Committee for the Australia Council for the Arts, as well as local Boards of Management for the Feast Cultural Festival, Restless Dance Company. Ms Bryant takes over in the capacity of Chief Executive for the festival from 30 March 2012. 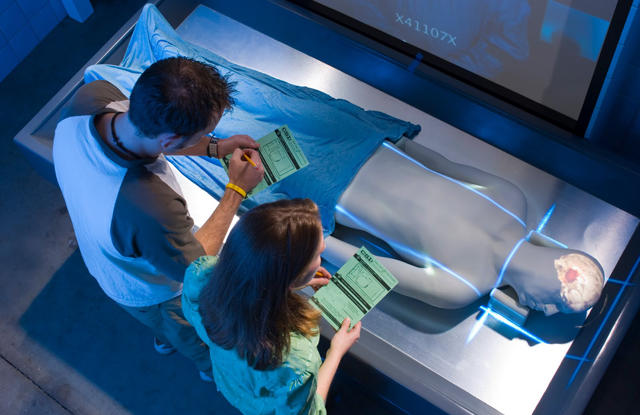 Ever watched a crime show and had it all figured out before the opening credits had finished? Surfers Paradise amateur detectives have the chance to get up close to the scene of the ‘crime’ at the award-winning international exhibition, CSI: The Experience. After many successful runs overseas, the exhibition, which has been running since December at the Piazza, Surfers Paradise, will come to a close in April.

Visitors to the exhibition are afforded the rare opportunity to investigate the collections of realistic ‘crime scene’ sets, record evidence they collect and utilise the ‘crime lab’ and ‘autopsy room’ to process their findings. The lavish exhibition occupies a space of over 1000 square meters, and offers guided tours through the world of crime scene investigation.

CSI: The Experience will continue until April 22 at the Piazza, Surfers Paradise.

The Crack Theatre Festival is currently seeking applications from performing artists interested in taking part in the four-day event. The national festival has the ability to serve as a valuable platform for alternative theatre makers, independent and experimental performing artists and will supply support, equipment and venues.

Involvement in the festival is free for performers and theater creatives who wish to participate, however the artists will not be entitled to receive any payment from their shows ticket sales. The prospective program will showcase theatre, performing arts, workshops, live forums, panels and many other events focusing on creativity and experimentation in the performing arts. 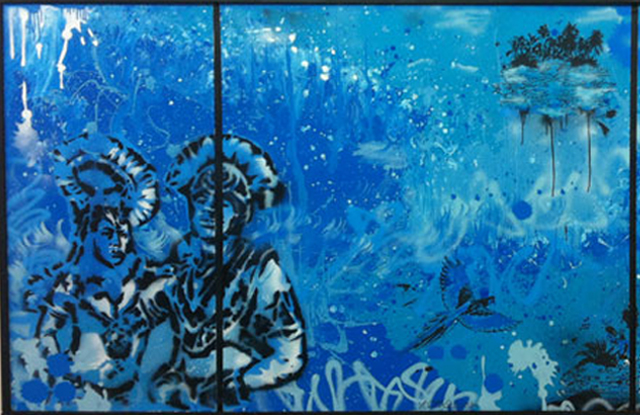 Roy’s Seafood Tapas & Bar at Bondi Beach will be celebrating the re-opening of their made-over bar and lounge area by hosting the ”Islands in the Sky” exhibition, by artist Vectorpunk (aka Peter Strong), which will coincide with the bars launch party.

Vectorpunk specializes in the creative use of light boxes, graphics and installations to create eye-catching works of art, and has also created unique art for the interior design of bars and venues. This exhibition will feature prints, works on board, and on light boxes, inspired by the landscapes and culture of the Pacific, Polynesia and Hawaii.

Islands in the Sky: An Exhibition of works by Vectorpunk will open at Roy’s, Bondi Beach on Tuesday March 20th.

The 2011 ISAAC award winners include Shorefest for Best Event, Rock the YAC Productions for Best Team, and the award for Best Media going to GLOW, Coolamon Shire. Nathan Marshall & Sam Martin, of Momentum Music and Media took out the ISAAC of the Year award.

The ISAAC awards consider candidates from across all age groups, and are held as part of the annual Indent Open Day, which sees young people with an interest in the music and events management industry take part in an educational conference.

Our #trackOfTheDay is from the UK with @SportsTeam_ bringing the goods.

#Portland’s famed @jupiterpdx is all grown up. Why it’s one of the best boutique #hotels in the world. #travel https://www.theaureview.com/travel/hotel-review-portlands-jupiter-next-sets-the-benchmark-for-modern-boutique-hotels/

We’re thrilled to have @tiagostelow as part of our @NewColossusFest showcase in NYC next month! https://www.theaureview.com/music/interview-tia-gostelow-on-her-upcoming-new-york-city-adventures-and-the-brisbane-music-scene/

New music from @bloodsband is our Track of the Day.