the ARTS review: what’s happening in the world of arts & film – issue 008

Welcome to issue 8 of the AU review’s ARTS review, our weekly venture into the world of Art and Film.

In This Issue: Tex Perkins pays tribute to The Man In Black, Will Oldham stars in Rick Alverson’s new feature film, Marcel Blanch-de Wilt puts the ‘ Wânk’ in Fringe, Jazz musician Ed Partyka to perform along side WA Youth Jazz Orchestra and NIDA bring Ginsberg’s Howl to the stage.

Australian rock legend Tex Perkins returns to the Sydney Opera House next month as The Man In Black, an award-winning tribute to the life and times of the late, great Johnny Cash.

The production, written by Australian Jim McPherson (The John Denver Story: Take Me Home Country Road) is a combination of story-telling and song. The life of one of America’s most influential singer-songwriters is enacted by the Cruel Sea frontman. Accompanied by The Tennessee Four, Perkins pays tribute to the illustrious and influential life and music of Johnny Cash with his rendition of classics such as Ring of Fire, I Walk the Line, Folsom Prison Blues,A Boy Named Sue, amongst other well-known numbers.

The Man In Black previously saw a successful tour of Australia and New Zealand followed by a sell-out season at the Sydney Opera House in 2009. This return performance will run from Tuesday 10 April – Sunday 22 April 2012, at The Playhouse, Sydney Opera House. 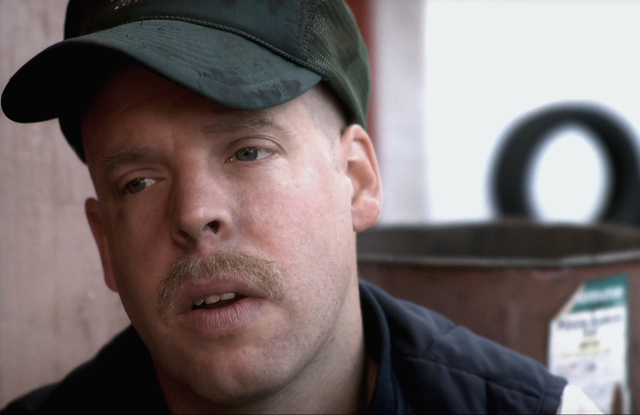 The Australian Centre for the Moving Image (ACMI) will next month premier the anticipated sophomore film by director and musician Rick Alverson. New Jerusalem is co-written by and stars Colm O’Leary, who previously worked with Alverson on his 2010 debut film The Builder. O’Leary is joined by alternative folk singer-songwriter Will Oldham (aka. Bonnie ‘Prince’ Billy).

New Jerusalem had its’ world premiere at the 2011 International Film Festival in Rotterdam, Netherlands and is described as a neo-realist tale of the relationship formed between two men in a small American town: one an Irish immigrant returning from service in Afghanistan, the other a born-again Christian. The film’s Australian premier will be screened as part of ACMI’s First Look program, which offers exclusive premiers of remarkable new and restored films.

Bonnie ‘Prince’ Billy is currently on tour nationally, playing shows across the country this week, including a performance as part of the Adelaide Fringe Festival.

New Jerusalem will screen from Friday 13 – Monday 16 April 2012 at The Australian Centre for the Moving Image, Federation Square Melbourne. 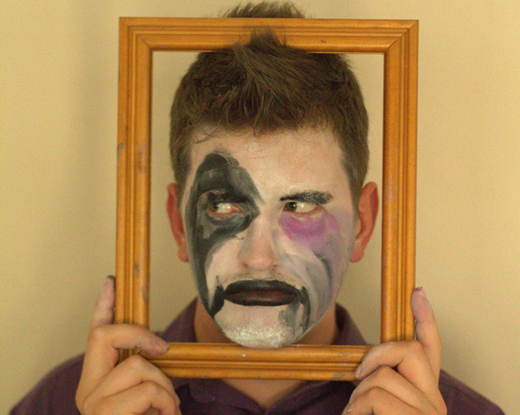 At a time when Adelaide is overrun by arts events, with every nook and cranny housing an exhibition or theatrical production, one Fringe show in particular puts a satirical slant on the art world.

Fät Wânk is a play written and produced by Marcel Blanch-de Wilt and directed by Graham Self, of sketch comedy The Golden Phung. Daring to take a cheeky poke at high art and post-modern theatre, this parody promises laughs while also celebrating the importance of art and what it really means. Blanch-de Wilt also plays the lead, along side a cast that includes many recent arts graduates.

Fät Wânk will be performed at the World’s End, Hindley Street in Adelaide from 8th-10th and 15th-17th March.

Later this month, young WA musicians from the WA Youth Jazz Orchestra (WAYJO) will be afforded the unique opportunity to perform along side internationally renowned and multi-award-winning jazz musician Ed Partyka.

Partyka is a renowned bass trombonist, tubist, composer and conductor, who is currently the musical director of the Jazz Orchestra Regensburg and Jazz Department Chairman. He is a Professor for Jazz Composition & Theory, teaching in both Austria and Switzerland.

In a brief series of concerts, performing at the Hale School, as part of the Schools Visiting Artists’ Program and also at the at the Mandurah Performing Arts Centre, Partyka will accompany this select group of promising young Australian jazz musicians.

Ed Partyka and the WA Youth Jazz Orchestra will have a free open rehearsal at the Northbridge Piazza on Sunday 25th March and be performing at Hale School on the 28th and 29th March, and at Mandurah Performing Arts Centre on the 30th March.

MELBOURNE: THE VOYAGES OF ALLEN GINSBERG AND EUGENE O’NEILL

This week marks the first performances of The National Institute of Dramatic Art’s(NIDA) Solo Voyages, the seminal work from two of the worlds most significant writers.

Adaptions of Allen Ginsberg’s influential and controversial poemHowl and Eugene O’Neill’s 1913 realist play Thirst will be performed on stage as part of an exhibition which focuses on the experience of the individual, against the world.

Directed by Dominic Mercer, Solo Voyages will run a short season at Theatre Works, St Kilda in Melbourne from 7-10 March. The season will be accompanied by an exhibition of student work, and there will be a Q&A session following the final performance.